The US Military’s “Mini-Nukes” and New Nanotechnology Weaponry 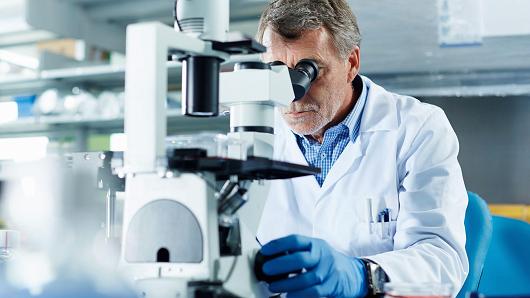 A friend alerted me to some links which I thought I should pass on to all readers. The information is very germane to what is happening (and what could happen) in today’s world.

The first link (from 2014) relates that the USA had “mini-nukes” so small that special forces troops could transport and place them in locations around the world via “backpack” sized packages (first link). The mini-nukes pack a tremendous power for being so small. Presumably, these miniaturized nukes did not count in the USA’s declared numbers of nuclear weapons in the various arms control agreements with the old Soviet Union. Also, one can assume that many such mini-nukes remain in the USA’s possession for use in any military confrontation. Given how small many of these mini–nukes could be, it is possible that they can be/already have been installed as warheads in any number of types of American cruise missiles. With the advancement of nanotechnology, the options for further reductions in the size of mini-nukes (and many other types of weaponry) are obvious.

The second link details some of the revealed advancements in nanotechnology which indicate that many types of weapons can now be made so small one would never imagine that weapons were being used at all. It cites DARPA as one US agency producing weaponized mechanical delivery vehicles as small as a human hair or which appear to simply be common insects. It mentions that weaponized nanotechnology “insects” could fly into a room and poison food at a meeting without ever being noticed. Think of what could be done if such poison-delivering insects were deployed against a meeting of high-ranking diplomats or military officers. Think of how terrorists could use these nanobot devices to accomplish assassinations. Another usage would be to use such insect-sized nanobots to insert listening devices in locations which will never be noticed by meeting participants (they could be carried into rooms via someone’s pocket). If nanobot listening devices can be set to a passive mode only, I wonder if current bugging equipment would even notice they are present. I hope the White House, Pentagon and other key facilities know about these nano-sized technologies and can counter them.

Another thing to think about. If the USA has had miniaturized nuclear weapons for a quarter-century and is developing ultra tiny weaponry and surveillance devices via applications of nanotechnology, we can be sure that other nations have these nano-technologies as well. Russia, China, Israel, the United Kingdom and other nations surely have the ability to develop nuclear weapons and many conventional weapons using such cutting-edge nanotechnologies. Non-nuclear powers such as Japan, Germany, Taiwan, etc. also can develop conventional weapons and ultra-sophisticated surveillance devices via nano-technology. When nanotechnology is combined with other scientific disciplines such as genetic technology and weaponized, it would be possible to create a genetic weapon of mass destruction. I’ve been concerned about this possibility for years. The third link is a post I wrote years ago which warns about how such a weapon could be designed and used.

While we are on the topic of nuclear weapons, the final link should also be of interest to readers. When the USA transports nuclear weapons around the USA, it uses a little-known government agency to haul them on trucks around the nation. The link does not instill much confidence that this is a secure system. It sounds like if the database of this agency was hacked, terrorists could intercept these trucks and seize either nuclear bombs or sufficient nuclear materials to create a “dirty bomb.” They could hold the nation hostage with their threats to blow up such a hijacked weapon in an American city unless their demands were met. Indeed, they might just blow up a city with a hijacked nuclear bomb and give no warning at all. This sounds like a danger that I hope the US security agencies are addressing to make sure such a doomsday scenario never occurs. It seems to me that all such nuclear shipments described in the last link ought to be transported by the Department of Defense and travel with a heavy guard.

In II Timothy 3:1, the Apostle Paul warned that “perilous times” would face humanity in the latter days of our age. I wonder if he knew just how right his prophecy would prove to be. All readers can see abundant documentation that we are living in the latter days spoken of by Paul’s prophecy in my article, Are We Living in the Biblical Latter Days?