“THE SEA AND WAVES ROARING” 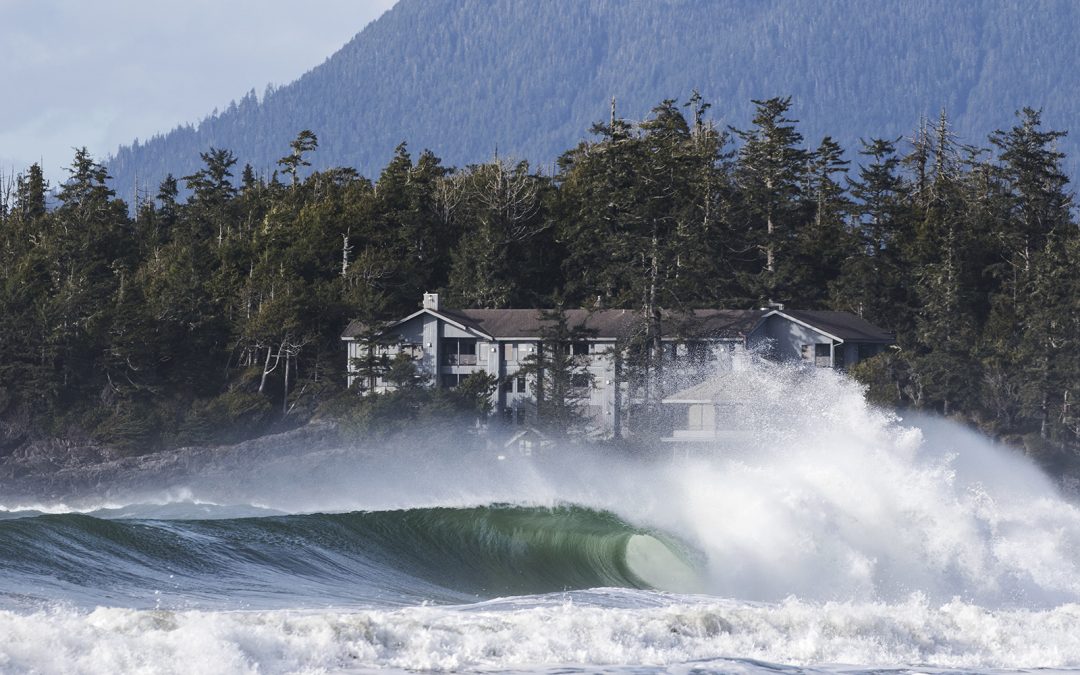 This post is intended to focus on the fulfillment of an often-overlooked latter-day prophecy. Many Christians are familiar with Jesus Christ’s Olivet prophecy in Matthew 24-25 as being a central prophecy about the signs of the latter days before his Second Coming, and so it is. However, many Christians overlook the parallel account of this same prophecy in Luke 21. They have much in common, but there are some items which are in one prophecy but not the other. When one considers that Jesus Christ was talking to at least 12 disciples at the time (and perhaps more) at the time he uttered this prophecy, it is unsurprising that both Matthew and Luke would have heard most of the same words Jesus spoke, but each sometimes heard words the other did not when you are walking in a crowd of people and each person wants to get as close as possible to the speaker. This post focuses on a prophetic statement Jesus made that Luke recorded but Matthew’s account did not.

I briefly cited this prophecy in Luke in a recent post, but current world conditions make this topic worthy of a post dedicated to this one topic. Luke 21:5 and Matthew 24:1 begin at the same point, but Luke 21:25 includes one sign of the latter days that Matthew’s account omits. Amidst the many signs of the latter days that Matthew’s and Luke’s accounts have in common, Luke 21:25 adds that the latter days will see “the sea and waves roaring” (King James Version). What does this prophecy describe? Clearly, the most obvious fulfillment of this prophecy would be that the latter days will witness a time of major hurricanes and typhoons (which cause the oceans and seas to literally have howling high winds and roaring waves and storm surges). In recent years, hurricanes (as tropical storms in the Atlantic are known) and typhoons (as they are known in the Pacific region) have been trending worse in numbers and severity, but 2020 is such a record year for tropical storms that it bears scrutiny.

The Atlantic hurricane season has been extraordinary. There have been so many tropical storms that the list of alphabetic named storms was exhausted and the list of named storms is now progressing well into the Greek alphabet as well. The first link details the devastating effects of Hurricane Iota, which is the latest mega-hurricane to hit Central American nations. Iota rapidly intensified into a Category-5 hurricane and it will hit the Central American region with apocalyptic effects because this same region was hit by another super-hurricane named Eta just weeks ago. Iota is called “the largest category-5 storm ever observed in the Atlantic,” and the link adds “there is no historical precedent” for two mega-storms hitting the same coastline just weeks apart. Many readers may have noticed that weaker hurricanes have lately developed into very intense storms within a very short time. The link notes that “Iota is the tenth 2020 Atlantic-named storm to rapidly intensify by at least 35 mph in 24 hours.” Perhaps readers have noticed this as well. I’ve gone to bed with a named storm at a low level of intensity and it becomes a mega-storm literally overnight. Indeed, the second link reports that nine hurricanes just this year have undergone “rapid intensification” just prior to hitting the US seacoast, a hurricane behavior which has “confounded” the experts. The third link has useful charts giving the paths of these 2020 hurricanes and the rate at which they rapidly intensified. The 2020 Atlantic hurricane season has been a record-setting or record-tying one in various respects.

The Pacific region has also experienced huge typhoons this year. Typhoon Goni recently devastated the Philippines, and it was described as “‘the strongest landfalling tropical cyclone’ in history..” At one time, its winds hit a top speed of 193 mph! (fourth link). It churned through the Philippines and headed for Vietnam with lessened wind velocity. The Philippines was also recently hit by Typhoon Vamco which had wind speeds of 158 mph (fifth link). The sixth link catalogues the entire 2020 hurricane season and states that there were a total of 121 tropical cyclones formed throughout the world in 2020. This is an incredible number!

If the prophecy of Luke 21:25 foretells that the biblically-prophesied latter days will experience an increasing wave of hurricanes and typhoons (and it does), then students of biblical prophecy should take heed that this prophecy is being fulfilled before our eyes. We do not know how much longer the latter day period of time will last before it culminates with the end of our age, but it is logical to anticipate that the frequency and intensity of tropical storms will continue to increase in the years ahead of us. Those readers who live in locations that can be hit by hurricanes need to make reasonable advance preparations for such storms. My article, Should Christians Prepare for Future Hard Times? might be of assistance in making those preparations. If any readers need convincing that we are, indeed, living in the biblically-prophesied latter days, I invite you to read my article, Are We Living in the Biblical Latter Days? If you read that article, I believe no open-minded person would have any doubts that the Bible’s prophecies are being fulfilled in our time.