“The Rot of Political Correctness” 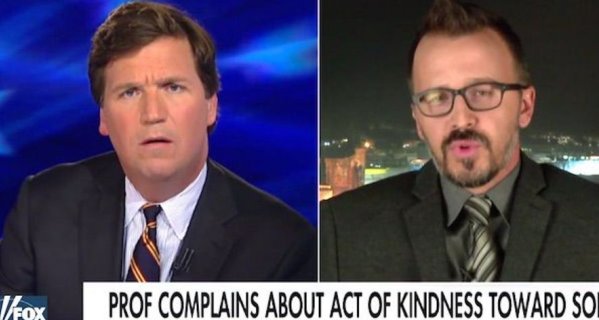 On occasion, I come across a column which is so well written that it stands on its own with little need for comment about it. Such is the case with a column entitled “The Rot of Political Correctness” by Tammy Bruce which appeared in The Washington Times (first link). It exposes the real agenda of the radical Left in America, which is that “social norms must be destroyed.” It further exposes the fact that American college campuses are teaching their students a great deal of foolishness and that they are merely being brainwashed into serving the agendas of the Far Left.

While not saying so, the column also illustrates another fact that stood out to me as a former personnel manager. The more that American employers, corporations, etc. see these lawless and rebellious “snowflakes” demonstrating and violently reacting to anyone with whom they disagree, the more it becomes evident that these college “students” are actually unemployable in the real world in real jobs. No employer wants to hire anyone who cannot handle rules of behavior, honoring hours of work schedules, coping with dissent within a team of fellow employees, etc. The campuses which tolerate these lawless demonstrations and stifling of political discourse may slowly be putting themselves on a list of colleges from which no employer will want to hire any graduate.

The second link details the story of how conservative commentator, Ann Coulter, was stopped from expressing her views at a California campus. This willingness by radical Leftist colleges to deny people their First Amendment Constitutional Rights is a dangerous trend that must not be allowed to continue. The Constitution is the supreme law of the land and these “students” will need to realize that in the real world, the US Constitution carries far more weight than some advisory vote by a radicalized student council on a leftist campus. It may come to a point in the future later on in the Trump administration that colleges which do not respect and protect First Amendment Constitutional Rights will lose federal funding of any kind. The sooner such a thing happens the better. The violence and intolerant behavior of left-wing campus radicals reminds me of the “Brown Shirt” behavior utilized by the German Nazi Party as it stifled all dissent as it rose to power in Germany before World War II. These leftist radicals do not realize it, but their widely-publicized lawless antics drive more and more people into realizing that the conservatives are the only real hope for America’s future.

I think you will benefit from reading the first link!