“THE RIGHTEOUS IS TAKEN AWAY FROM THE EVIL TO COME” 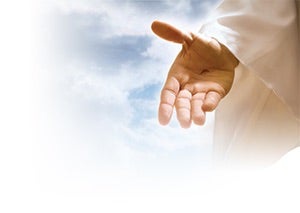 There has been a trend lately that I could not fail to notice. In recent times, a number of Christian friends have experienced the death of a loved one or friend who was a productive and compassionate Christian who died before their normal time. It may have been a family member, a friend or a person in a leadership role. I’ve received news of such events in recent weeks and months during telephone conversations, email contacts, chance personal meetings in my city or via personal experience. A very good Christian friend of mine died not long ago and very suddenly. Those of us who knew him really miss him as he was a solid believer who contributing much in Christian service. In many cases, believers losing close friends or family members are understandably upset or wondering “Why did God take this person so soon in life,” or “why did God allow this to happen?” In each such case, I’ve offered a biblical scripture that offers much encouragement to people who have such questions when bereaved of a loved one. This scripture has given comfort to many to whom I have offered it.

When a trend like this develops and it keeps happening, it may be an indication that I should blog on it as there may be many others who will read this post who have also lost a loved one and have questions like the ones mentioned above. It does seem unfair that some very gentle and decent souls are taken when they still have much to live for. We are left with the question of “Why would a loving God take such good people now?” There is a biblical scripture that answers that question, especially at this time in history.

Isaiah 57:1-2 directly addresses the questions cited above, and it includes the words of the title of this post. It reads: “The righteous perishes, and no man lays it to heart: and merciful men are taken away, none considering that the righteous is taken away from the evil to come. He shall enter into peace…(emphasis added).” In his omnipotence, God knows full well when an evil time in human events is approaching which will cause great suffering and hardship. This scripture tells us that God allows some who are “righteous” and “merciful” to die in order to prevent them from having to live through difficult or even cruel times.

While Isaiah’s words had imminent meaning to the Old Testament Israelites, it also has great meaning to those of us alive today. It is clear that we are living in the prophesied “latter days” of our current age (see my article: Are We Living in the Biblical Latter Days?). Many biblical prophecies warn that wars, famines, pestilences, invasions, persecutions, great deceptions and natural disasters will occur in a rising crescendo of events until the end of the age occurs. Matthew 24:3-27 prophesies these things as do many prophecies in the Old Testament and the book of Revelation. II Timothy 3:1-9 warns of how degenerate and evil latter-day civilization will become. We are already seeing fulfillments of his prophecies in our national life and world affairs. Indeed, Matthew 24:21-22 warn that the climax of the latter days of our age will become so dangerous that Jesus Christ will intervene via his bodily Second Coming to save “all flesh” from perishing. This indicates a very “evil time” is coming upon the earth in future years that will involve global fear and suffering on a grand scale. It will eventually get so bad that people will become widely suicidal as it will be a time of tragic human events coupled with increasing divine wrath (Revelation 6:15-16 and 9:6).

Given that such a time lies ahead of us as the latter years of our age approach, the timing of God taking some gentle, righteous and merciful souls out of the earth before such evil times arrive makes complete sense from a divine perspective. He is sparing some of those dying now from having to live during increasingly evil times. I will offer a case in point. A few years ago, I was having a discussion on the phone with a very good and kind Christian friend of mine. We generally spoke every Friday night and he was a huge fan of cars and baseball. He became very serious in one of our last conversations and confided that given the prophecies about how evil the future years will become, he thought he would rather have “a nice sleep in the ground” and learn about all the evil that happened on earth after the resurrection of the dead in the future. He had no desire to live through such times. He died within about two weeks of that conversation. I regard his passing as a fulfillment of Isaiah 57:1-2.

God promises in I Corinthians 10:13 that he will not allow his followers to be “tempted [or tried] beyond what they able [to bear],” but will also “make a way to escape” for them. In normal times, this scripture has applications to the more normal trials and challenges of human life. However, we are not destined to live in normal times. A very evil time lies ahead of us although we do not know when it will begin in earnest when the current Babylon the Great system falls, God’s Two Witnesses arrive on the scene, and the beast and false prophet start their short 42-month reign (Revelation 13:1-5). The fulfillments of these prophecies could come very quickly, and I Thessalonians 5:1-3 foretells that “sudden destruction” will come upon the earth unexpectedly in a time of “peace and safety.” We cannot take for granted that we have years of “normal” times left on the earth before these prophecies are fulfilled. God’s “way of escape” for some believers will be taking them out of this life before it becomes impossible for them to bear it.

Give that we are approaching an “evil time,” Isaiah 57:1-2 is very relevant for our time. Its words ought to encourage us that God is not unfair or cruel in taking some believers before their normal time or unexpectedly. God may well be choosing to spare some believers from having to experience the traumatic events that will characterize the final portion of the latter days. God is actually being merciful when he takes such actions.

I hope that you find this scripture to be as encouraging as other believers have found it to be when loved ones passed away. Isaiah 57:1-2 would be encouraging words to be read at every Christian funeral during these latter days. Its words not only comfort survivors, but it enables us to see God as the loving Creator and Father the Bible reveals him to be.