THE REAL EXTENT OF THE PHOENICIAN EMPIRE 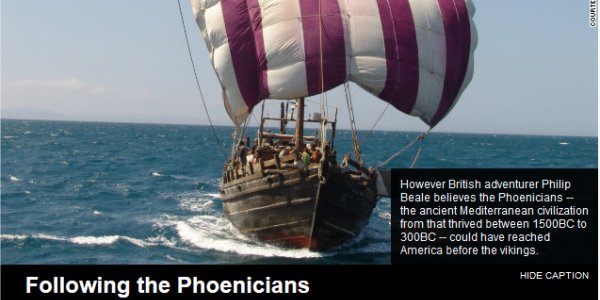 My previous post made references to the Phoenician Empire as I discussed a small statute that was unearthed in an excavation in the former territory of ancient Israel that may prove to be that of Israelite King Ahab (or some other Israelite or local Semitic kings). This post is intended to offer readers a more thorough commentary on the Phoenician Empire and to correct common misconceptions about them.

It was my intention to include a link to an article from the May-June, 2018 issue of National Geographic History magazine, but I could not find it available online. It is entitled Phoenicia’s Purple Reign in the table of contents, but the title in the actual issue is Masters of The Mediterranean–The Phoenicians. The article focuses mainly on the Phoenician monopoly of a particularly prized purple dye exported to other nations, but it includes a point which is made in my books about the Phoenician/Israelites which I’ve rarely seen acknowledged in mainstream publications. It stresses that the “Phoenicians” never called themselves by that name, but rather called themselves by the name of the particular Levantine city-state which was their home base. As the article states, “…they most likely would have defined themselves by the city where they held citizenship: ‘I am a man of Byblos’ or ‘I am of Sidon’ rather than ‘I am a Phoenician.'” It also states: “The Greeks first used the term Phoenician at some point during the ninth to seventh centuries B.C.” Indeed, since the Greeks were rivals of the citizens of these Levantine city-states, their residents would likely have been insulted if any contemporary person had addressed them as “Phoenicians,”–a term used by their rivals. My books emphasize this same point. Also, since the residents of these maritime city-states were allied to the northern tribes of Israel continuously from the time of the United Kingdom under Kings David and Solomon (I Chronicles 14:1, I Kings 5) until the northern kingdom of Israel fell circa 721 BC, they were given the term “Phoenicians” while they were allied to the Israelites. The Israelites and the maritime city-states located along what we call the coast of Lebanon united their fleets and became a very close alliance (I Kings 9:26-10:23). The aforementioned National Geographic History article also notes that the Phoenician city-states often served as junior allies to stronger empires such as “Egypt, Assyria, Babylon and Persia.” The article does not mention that the “Phoenician” city-states assumed that same role in service to Israel–another empire stronger than these city-states. II Samuel 511 records that King Hiram of Tyre “sent messengers to David” along with gifts of raw materials and skilled workers to serve David’s purposes. These are the classic actions of a lesser power seeking an alliance with a stronger nation. In this case, Hiram’s approach led to a very longstanding and mutually-beneficial alliance between the Israelites and the smaller maritime city-states.

How widespread was the empire of the Israelites and the Levantine city-states of Tyre, Sidon, etc.? The first link, from an establishment source–CNN, quotes a professor as noting that copper coins with Phoenician iconography have been found in North America, and that the Carthaginian offspring of the Phoenicians “had the ability to cross the Atlantic at will.” My books also cite physical evidence from the works of Dr. Barry Fell which found evidence of the Phoenicians and Carthaginians in North America. This indicates that the Phoenician/Israelites were present in the ancient Americas as early as two and one-half millennia before Columbus “rediscovered” America after the benighted Dark Ages were ending. My free article, The Hidden Mountain Decalogue Stone, examines in considerable detail an inscription of the Ten Commandments in New Mexico in the Paleo-Hebrew language that was used during the time of the biblical kingdoms of Israel and Judah. It is my view that this large inscription was made in the reign of King Solomon when he sponsored naval fleets which traveled far away and returned only every third year with cargoes that included animals from other continents. (I Kings 10:22). It obviously was made by Hebrew-speaking people because the stone is inscribed in the Hebrew language.

The second link offers evidence that a Phoenician/Carthaginian coin shows a world map that includes North America and Asia as well as the Mediterranean and European world. The third link is a previous post by me with analysis about that very coin. The fourth link is a previous post that discusses an article in Biblical Archaeology Review magazine that addressed the special relationship between the Israelites and the Levantine maritime city-states. The fifth link is a previous examination by me of a mysterious ancient Peruvian site which has indications that it dates to the time of the Phoenician/Carthaginian Empire. I urge readers interested in these subjects to examine these previous posts of the Phoenician/Carthaginian presence in the ancient Americas. One of them cites biblical scriptures that indicate the ancient Hebrews/Israelites were far more familiar with world geography and natural science than they have been given credit for. Isaiah 40:22 observes that God sits at “the circle of the earth,” clearly showing that the Israelites knew the earth was a sphere around 700 BC. It would take the Greeks approximately another millennia to ascertain that fact. My books note that the Greeks were so slow to grasp the earth was round because the Israelite/Phoenicians and later their Carthaginian offspring were so strong militarily that they refused the Greeks any access to the Atlantic Ocean. Doing so preserved the Phoenician/Carthaginian monopoly on knowledge of the world’s true geography as well as the maritime trade routes that made the Phoenician/Carthaginians Empires rich. Job 26:7 records that it was known anciently that the “north” part of the earth was an “empty place” and that the earth was “hung upon nothing”–confirming it was known in the very ancient Semitic world that the earth was positioned in the empty ether of space. Job 38:30 reveals they also knew there was a place where the “waters are hid as with a stone” and were “frozen.” In other words, the ancient Israelite/Phoenician mariners had explored the world’s oceans and knew about the polar ice caps where there was a frozen ocean. It has long been known the Phoenicians circumnavigated Africa and that they mined for tin in the British Isles.

To conclude, modern mankind has been duped into thinking the ancients were knuckle-draggers who knew very little and that the Israelites were an obscure tribe of shepherds in the Levant. Nothing could be further from the truth! Modern mankind has serious errors in its understanding of the ancient world in general and of the Israelites, in particular. For the full story of what really happened in the ancient world and the role of the scattered Israelite tribes throughout all portions of ancient history, I urge you to obtain copies of my heavily-documented, 4-book set on the history of the ten tribes of Israel and/or my E-book, The “Lost” Ten Tribes of Israel…Found! If you read them, you will never again fall victim to fables and deceptions about what really happened in the ancient world.