THE RAPID PRIVATIZATION OF GLOBAL SURVEILLANCE 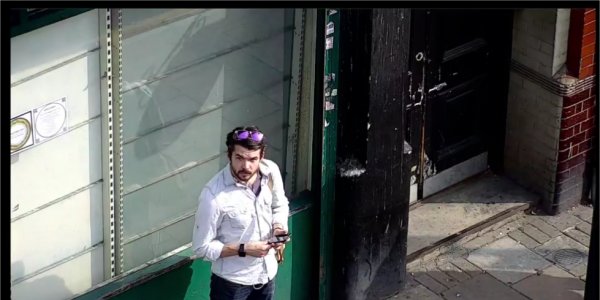 An article entitled “They Are Watching You” was featured in the February, 2018 issue of National Geographic Magazine (first link). As I read it, I expected the usual discussions of how global “Big Brother” monitoring systems are increasingly watching everyone. It did contain such perspectives, but it included something entirely new to me–something I wanted to share with readers. It revealed how the corporate private sector is building global satellite surveillance networks far larger than anyone has likely imagined. This article is long and well-researched, and it is well worth reading.

It does discuss how the United Kingdom is rapidly becoming one of the most “watched” and monitored societies on earth, and how facial recognition systems are spreading. However, the revealing information about the new private satellite surveillance systems is found in the latter half of the article. Let me begin by asking a question: Who do you think operates the fastest-growing system of surveillance satellites monitoring the earth from space? The US Government? Russia or China perhaps? All are incorrect answers. The most rapidly growing satellite surveillance system is owned by a company named Planet Corporation, whose satellite surveillance network has grown from four satellites in 2013 to 202 satellites. This company is based in San Francisco, and their satellite network “can monitor the earth’s entire landmass every day” (first link).  This company is building global ground stations around the world, and boasts that it can see how the earth is changing on a daily basis. It can tell if “Fields were reshaped. Rivers moved. Trees were taken down. Buildings went up.”  It is “able to see daily changes on the earth’s surface in totality (emphasis added).” Planet claims that it can only see objects to a resolution of ten feet at present, but that claim is not exactly “under oath.” Another private company, Digitalglobe, claims its satellites can take pictures with a resolution of one foot regarding objects on earth. The uses for such daily planetary surveillance are multitudinous, and the article relates some of the uses that these satellite images are being used for–by both private companies and government agencies.

The second link reports that the Planet Corporation has launched as many as 88 surveillance satellites into orbit via a single rocket and that their system now numbers 233 satellites. At the rate it is expanding, who knows how large their planetary surveillance system is by the time you read this article? The second link also gives much additional information about the people who organize and operate this private surveillance network. The third article adds that the Planet Corporation is “…photographing every spot of land on earth, every single day.” Let that assertion sink in for awhile. It means nothing is private anymore unless it is done indoors, but even indoor activities are monitored via computer surveillance programs, digital assistant programs, “smart” appliances, etc.

I have a question: if the local police force in a municipality needs a search warrant from a judge to enter and inspect your backyard, how can private satellite surveillance companies do so without any warrant? What happened to the Fourth Amendment to the US Constitution? If the police need a warrant to invasively inspect your backyard or home at ground level, how can private companies do such an invasive search of your backyard without any warrant? Clearly, the legal framework for limiting the scope of modern technologies has not caught up with the effects of these technologies.

I think this information unquestionably helps fulfill biblical prophecies. Daniel 12:4 foretold there would be a knowledge explosion in the “time of the end” of our age. As I’ve observed in previous posts, the word “increased” in Daniel 12:4 is translated from the same Hebrew word that is found in Genesis 7:17 describing how the waters on the earth “increased” in the global deluge of Noah’s time. In other words, it denotes an exponential or unprecedented increase in something, and that is exactly what is happening in our modern time concerning technological knowledge. [Count this as another major fulfillment of an ancient biblical prophecy.] Also, Revelation 13:16-17 prophesies that a global political system called the “beast” in Revelation’s prophecies will have a control-freak ability to monitor and control all financial transactions on the earth. That was never possible until the development and implementation of modern digital technologies. In today’s world, this prophecy is on the verge of being capable of fulfillment with little advance notice. Since the beast system will desire extreme control over global financial transactions, it makes sense that they want the same measure of control over all other aspects of human activity on earth. Modern digital technologies of all kinds can offer that kind of control.

These developments confirm that we are living in the biblical latter days, and that the global surveillance and control mechanisms are now being put in place to serve the prophesied agendas of this future global “beast” system. Keep in mind that the beast system cannot come into open power until the current global system, called “Babylon the Great” is first torn down and overthrown by a cryptic but powerful alliance called the “Seven Heads and Ten Horns” in Revelation 13:14 and 17:6-17. There are indications that the struggle between the current and future global systems in already raging behind the scenes, and that this struggle may come out in the open when God chooses to fulfill this prophecy.

For an in-depth examination of biblical prophecies concerning the topics in this post, please read my articles, Are We Living in the Biblical Latter Days?, Is Babylon the Great about to Fall…Ushering in a New Beast System? and The Babylonian Origin of the Modern Banking System.