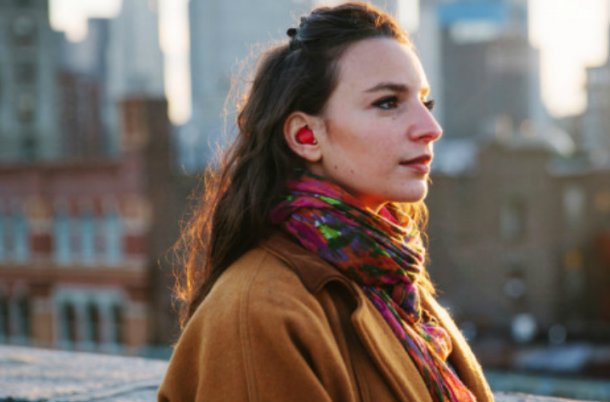 As mankind’s knowledge explosion continues, technologies that used to be the domain of science fiction are becoming “science fact.” Trips to the moon, computers, invisibility technologies, real-time global communications, etc. have all come to pass. It looks like one more science fiction technology is taking a big step toward being implemented as a reality. Remember the “universal translators” of Star-Trek fame? While mankind has a long way to go to reach that level of communication translation skill, a big step in that direction has occurred.

The two links below detail the development of a new technology that offers real-time translation between speakers of different languages. A new earpiece that looks like a hearing aid will offer such translation services to people having conversations in different languages. It is beginning with various European languages, but more will be added later. The larger technology/internet companies are also working to develop this same technology so the race to bring such products to market for purposes of profit will surely hasten the development and dissemination of such language-translation products. One service already has developed a new product offering translation services via Skype in six languages with more to come and as many as 50 available languages in messaging formats.

At the rapid rate with which new technologies are being invented, the next generation may well grow up wondering about the world of their parents in which such translation services did not exist. The new technologies are making me feel old. I grew up in the rural Midwest when many people had outdoor toilets, electricity was only recently installed, where there were still “party line” telephones and when FM radio stations did not yet exist in our region. When my grandparents were children, most people had not seen a car or an airplane. That is how fast technology has progressed in a little over a century.

All this has profound biblical ramifications. Daniel 12:4 prophesied that mankind’s level of knowledge would experience an exponential increase during the latter days of our age. The Hebrew word translated “increased” in Daniel 12:4 is the same word translated in Genesis 7:17 as “increased” to describe how the water levels rose during the Flood. In that usage, it meant an exponential, global increase, and its application to the levels of knowledge in the latter days should have the same connotation Indeed, that is exactly what has happened in our modern time. In Matthew 24:37, Jesus Christ prophesied that the latter days of our age would become a modern parallel to the pre-Flood civilization of Noah. These two prophecies require that the pre-Flood civilization was also a very high-tech civilization. Soon after the Flood, mankind began an effort to rebuild the pre-Flood world’s technologies, as described in Genesis 11:1-9. Since it was not God’s will that the pre-Flood civilization be rebuilt until the latter days at the end of our current age, God stepped in in a draconian fashion to stop mankind from rebuilding the pre-Flood society’s technologies. God reprogrammed everyone’s minds so they could no longer read or understand the pre-Flood language; this cut off all nations from the pre-Flood world’s technologies. God gave each nation a new spoken language but no new written language to accompany the new phonetic speech patterns. This made all mankind illiterate, and it would take centuries for mankind’s nations to develop a wide variety of new written forms of communication.

This divine act has been misinterpreted by modern science. Modern science has concluded that ancient mankind was little more than “knuckle-draggers” as they were all at one time illiterate and had to develop written forms of communication. What science has actually witnessed is the post-Flood consequences of God confusing the languages at the famous “tower of Babel.” There are a variety of cable-TV programs and documentaries that have documented that ancient mankind had very highly advanced technologies. Silent affirmation to this fact is the existence of the Egyptian pyramids, Stonehenge and many other megalithic structures scattered around the world. What we are seeing is actually the evidence that at one time, ancient mankind had superior technologies to that of modern mankind. Modern mankind has not yet developed the heavy-lifting technology to build the pyramids, erect Stonehenge’s massive rocks, etc. even if it wanted to do so. Modern mankind is still playing “catch up” to our very ancient forebears.

Now back to the initial steps toward “universal translators.” From the time of Adam and Eve’s creation until the confusion of the languages of mankind at Babel, mankind had always had one language (Genesis 11:6). This greatly facilitated the sharing of knowledge and a rapid development of new technologies. Such an ability to rapidly pool knowledge has not existed until modern times when the invention of the binary language of computers made it possible to share many forms of knowledge. The invention of real-time language translators is actually a development which reverses God’s action at Babel to create many different languages on earth. As scientists in all kinds of fields deploy and use this new language translation technology, the “sky is the limit” regarding what will ultimately be possible. God observed in Genesis 11:6 that “nothing is impossible” for mankind once it reaches a certain tipping point. I think we are reaching that tipping point, if we have not already passed it. How long will it be until mankind develops teleportation technology and warp speed? Will God allow such developments before he sends Jesus Christ to intervene and rule the world (Revelation 20:4)? We will have to wait and see.

Ancient King Solomon of the United Kingdom of Israel and Judah was given immense wisdom by God. I Kings 4:29-30. Solomon saw the pyramids of Egypt and other high-tech, left-overs from the ancient world, and he remarked in Ecclesiastes 1:9-10 that “The thing that has been done, it is that which shall be; and that which is done is that which shall be done: and there is no new thing under the sun. Is there anything…new? It has been already of old time, which was before us (Emphasis added).” Ponder that as you watch the cable TV programs that document such high technologies in very ancient times that they conclude that only “ancient aliens” could have done it. They are wrong. Mankind, made in the image of God (the Elohim), made those things in pre-Flood times or soon after the Flood before the languages were confused. Solomon surely must have known more about the pre-Flood civilization than we do, given that he lived about 3000 years closer to it than we do. I Kings 4:30 tells us that Solomon’s wisdom “excelled the wisdom of the children of the east country, and all the wisdom of Egypt.” This means more than one would assume. The “children of the east” would include India, and the ancient Indian histories record a time when mankind, at a far distant point, had the technologies to fly in the atmosphere and even throughout the solar system as well as possessing weaponry with what sounds like atomic bomb effects. I’m currently reading a book entitled, Vimana–Flying Machines of the Ancients, by David Hatcher Childress. It details the many high-tech transportation devices and weaponry of ancient mankind. It also will tell you far more than you likely desire to know about ancient Indian mythological characters, and it espouses no biblical faith in God so far. Since Solomon’s wisdom “excelled” that of the ancients of India, he had to know about their legends of the Vimana.

Another biblical hero, I believe, also knew about the high technologies of the ancients. That man was Moses. He was raised in the court of Pharaoh and was privy to the knowledge of the intelligentsia of Egypt. In Deuteronomy 30:4, one of the “books of Moses,” it is written that it would be possible in the future to gather back (“resurrect”) those who had been driven to the “outmost parts of heaven.” That is a lot further away than our earth’s atmosphere. This thought is repeated in Nehemiah 1:9 where God promises to gather back those who were in “the outermost part of the heaven.” If we apply this quite literally, it raises the question of whether ancient astronauts really did possess “warp speed” in the pre-Flood world. If you think this is far-fetched, let’s reconsider the “tower of Babel.” It states that mankind, which had reached a point of such high technological development soon after the Flood that God had to stop it cold with divine action, was building a “tower” whose top-most portion, its “rosh” (Hebrew) or “top” in English, would “reach unto heaven.” Since our latter day period would mirror that technology of the pre-Flood world that they were redeveloping, we must look to modern technologies for an explanation of what provoked such an extreme reaction from God. We have many erect “towers” whose top-most portions (nose cones or satellite payloads) “reach unto heaven.” Think of what gets launched routinely at Cape Kennedy or Vandenberg Air Force Base in the USA and many other rocket-launching facilities around the world, and you will have a good idea of what was really happening at Babel. It was not a tall ziggurat that mankind was building. God has no record of ever caring how tall man makes its structures. Space travel is another matter. God allowed that once in the pre-Flood world and Matthew 24:37 prophesies the pre-Flood world will again be mirrored in our latter day civilization which will experience a “knowledge explosion” (Daniel 12:4).

So we are now developing “universal translators.” Each new technology simply brings us closer to the real level of achievement that existed in the pre-Flood world. This should actually sober us. Mankind could not handle its high technologies in the pre-Flood world and they so corrupted the world and all of mankind’s members that God wiped them all out in the Flood except for Noah’s family and what they carried with them on the Ark. Modern mankind is headed in the same fatal direction. Matthew 24:22 warns us that our latter day civilization will also reach the point of such corruption that “no flesh” would be saved unless divine intervention caused the return of Jesus Christ to save mankind from being rendered extinct by its own inventions. I’ll leave you with that sobering thought.

My thanks to a reader for alerting me to this story.