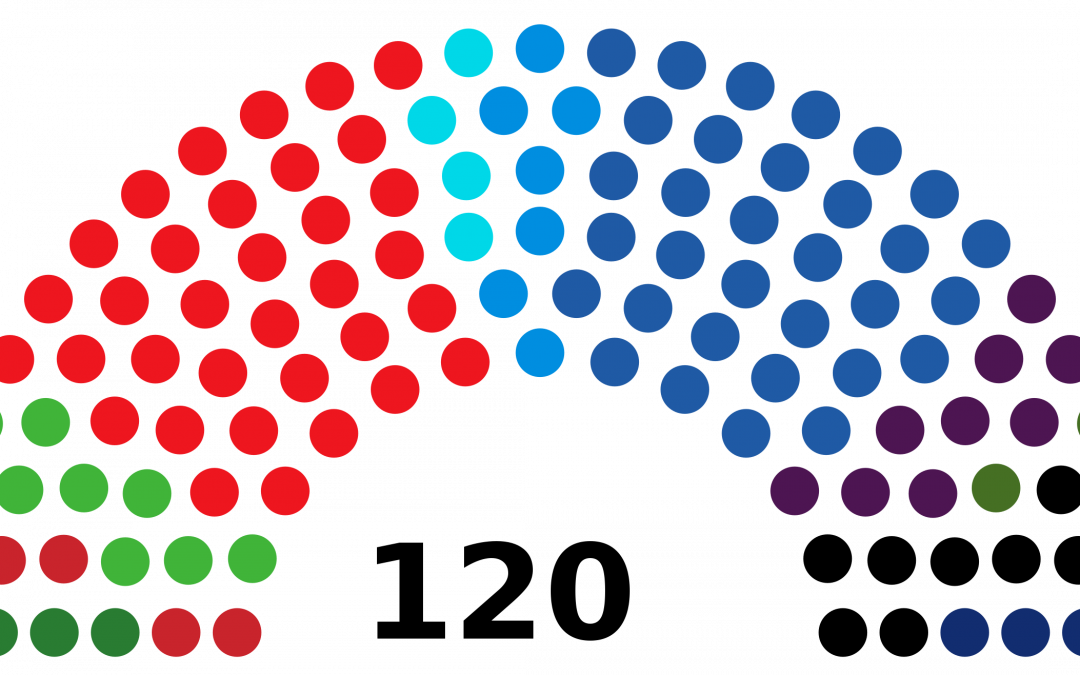 The Israeli coalition government is hanging by a thread and may come apart before too long. The coalition is composed of many political parties (Right, Left, Center, Arab) who were held together by little other than their common antipathy toward Benjamin Netanyahu. The coalition controlled the Israeli Knesset by a razor-thin majority, but that was before a key member of the governing coalition switched sides and went over the the conservative bloc led by Netanyahu (first link, second link and third link). Her departure from the governing coalition leaves it with only 60 seats in the 120-seat Knesset. If one more member of the coalition departs it, the government would lose majority support in the Knesset and another Israeli election would be the most likely outcome.

The issue which forced a conservative member of the coalition to abandon it would seem to be minor to most non-Jewish readers. It was a matter of whether leavened bread could be served to residents in hospitals during the Passover-related Days of Unleavened Bread. The Knesset member who left the coalition said she wanted a “nationalist, Jewish, Zionist government.” The current Israeli Prime Minister, Naphtali Bennett, has been under criticism because he formed a coalition which included several Arab Members of the Knesset; thereby diluting the “Jewishness” of the Israeli government.

Seeing an opportunity, former Prime Minister, Benjamin Netanyahu, predicted that it would not be long until Bennett’s coalition government collapsed (fourth link). He is likely correct. Other stresses are building which could tear Bennett’s coalition apart. The fifth link reports a very odd, even bizarre, development in Israeli politics. I’m sure most readers are aware that terrorists have been attacking, killing and injuring Israelis in a wave of terrorist attacks. The most recent one was in Tel Aviv in which terrorist bullets shot about a dozen people, killing three of them. The fifth link cites a statement by a Leftist member of Bennett’s Knesset coalition in which she “expressed her support for Palestinian…payments to families of terrorists who murder Israeli citizens.” Having a Knesset Member of Bennett’s coalition make such statements as that at a time when terrorist attacks have increased would seem to be a factor in driving more Knesset members out of Bennett’s governing coalition.

Another Knesset Member from the Conservative portion of Bennett’s coalition has also announced that he has three demands that Bennett must meet or he too will leave the coalition (sixth link). If he also departs, the coalition cannot likely muster a majority in a vote in the Knesset, meaning it would lose a “vote of no confidence”–causing another election to occur. In an environment where terrorist attacks have increased inside Israel and in a global environment where the Biden administration has drifted away from Israeli and Sunni Arab security considerations and embraced Iranian positions in the nuclear talks being conducted among several nations, I feel the odds are good that Netanyahu’s conservative bloc of parties would win new elections. Since Netanyahu was in office when the Abraham Accords were formed between Israel and several Sunni Arab nations, it is also likely that those Arab nations might welcome Netanyahu back into office as they trust him to adhere to the commitments made when those Accords were forged. The Knesset comes back into session in early May so that is a logical time for a “no confidence vote” to occur.

In related matters, Israel has been drawn into the expanding repercussions of Russia’s invasion of the Ukraine. As readers no doubt realize, NATO nations in Europe have been shocked into facing the reality that Russia may actually choose to invade NATO nations in the future. Few NATO nations have invested adequately in their defense budgets, and they are scrambling to beef up military weapons procurement now that they see Russia’s naked and open aggression against the Ukraine–a war occurring right on NATO’s Eastern border. Germany has especially been motivated into action, vastly increasing its defense spending with a $100 billion order for F-35 fighters and many other weapons systems. Seeing that Russia has reportedly fired over 1,100 missiles at Ukrainian targets (many of which are civilian), Germany wants to prevent Russia from destroying Germany’s cities the way it has destroyed wide swaths of Ukrainian cities. To prevent that from happening, Germany is taking actions to procure the very sophisticated Israeli Arrow-3 Air Defense System which is designed to intercept incoming missiles (seventh link). Israeli and American authorities have already both approved the first-ever sale of this Israeli system to another nation so I expect this purchase will be expedited. America has to approve the sale as well as American technology is used in the Arrow-3 system. Israel’s ever-tense northern border is also growing steadily more dangerous due to the growing influence of Hezbollah not only in Southern Lebanon, but also in the Syrian regions bordering Israel (eighth link).

If Netanyahu again becomes the Prime Minister of Israel, I expect the Israelis will have a more muscular foreign and defense policy. The chances of an Israeli preemptive strike against Iran’s nuclear and ICBM-producing facilities will grow significantly as will the chances that Netanyahu and his counterpart leaders in the Arab nations in the Abraham Accords will jointly seek to expand the number of Sunni Arab nations within that budding alliance. It is possible that if Iran is allowed to pursue and develop nuclear weapons in a weak treaty negotiated by the Biden administration, a formal Israeli-Arab alliance may form which would be similar to a “Mideast NATO.”

Biblical prophecy foretells that major wars will occur during the latter days of this current age (see my article, Are We Living in the Biblical Latter Days?). Zechariah 14 offers a prophecy about how God will intervene and defend Jerusalem and the Jewish nation at the very end of this age, and Zechariah 12:1-9 offers God’s solemn guarantee that he will defend and strengthen the Jewish nation and its capital, Jerusalem, in the latter days. There is another prophecy about Judah (the Jews) in the latter days. That prophecy is in Genesis 49, a prophecy specifically meant for the latter days (verse 1). This chapter offers clues and prophecies about each of the tribes of Israel in the latter days (so it is clear evidence all the tribes of Israel will be present among the nations in our latter-day period of time). Indeed, I used the clues and prophecies in Genesis 49 considerably in identifying the modern locations of the ten tribes of Israel in my printed books and E-book–available at the home page of this website. In verses 8-9 of Genesis 49, the Bible prophesies that Judah (the Israelis/Jews) will be like a young lion and that Judah’s “hand will be in the neck of, [their] enemies.” Clearly, this prophesies that Judah will be militarily victorious in its wars in the latter days of our age. That has been true to date, and that prophecy indicates it will remain true in the future.