The Islamic Immigrant Invasion Begins to Fracture the EU Itself 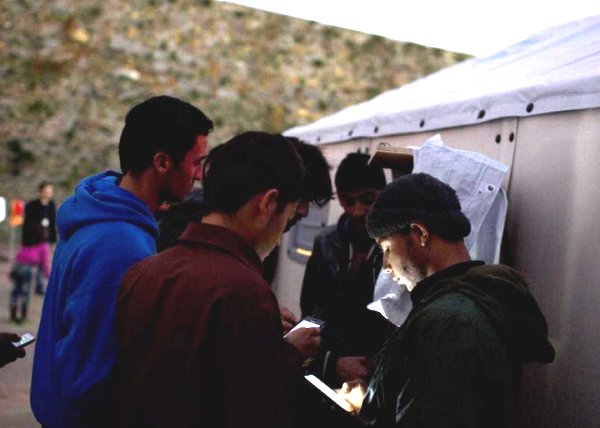 I’m sure all readers are aware of the growing internal stresses within Europe due to the “invasion” of Islamic immigrants that have been pouring into Europe. I have posted on this before, and more is occurring which is not only worthy of your attention but may also have prophetic significance.

A recent link reported that the closure of a vital bridge between Denmark and Sweden would effectively shut down Islamic immigration into Scandinavia from mainland Europe. The first link concerns a border shutdown by Macedonia along its border with Greece to prevent further Islamic immigrants from entering Macedonia. It also includes updates on immigrant issues from Sweden, Norway, Slovenia and Hungary. Hungary has reportedly set a “cap” on the Islamic immigrants that it is willing to accept. Macedonia, Slovenia and Bulgaria are ordering razor-wire fencing to help them control the tidal wave of immigrants.

Tensions are starting to boil over inside Germany itself even though Chancellor Merkel has been at the forefront of inviting Islamic immigrants into Europe. The second link reports on a local Bavarian governmental official who sent a busload of immigrants directly to Merkel’s office to make the point that there were already too many such immigrants in Germany. The third link reports that the Bavarian government may take the federal German government to court to stop the flow of Islamic immigrants into Bavaria and Bavaria is making rumblings about taking unilateral local action to seal its border with Austria to stop any further Islamic immigration. That is an extraordinary development because the Bavarian political party has been a staunch ally of Merkel’s federal political party. That Bavarian authorities are rebelling against the federal policies of Merkel’s government signals that a breach in this political alliance is developing and this could lead to the fall of the Merkel government. The fourth link and fifth link report on just how lawless some of the Islamic immigrants really are, and stories such as these inside Europe are sure to polarize European citizens against allowing any more Islamic immigrants into Europe. Indeed, deportations may be imposed in the future as European voters put new nationalistic governments into power to replace current liberal administrations.

As a further sign that the EU is beginning to fracture, anti-immigrant politician Geert Wilders now leads the national polling in the Netherlands. He has promised that he will lead the Netherlands out of the EU if he is elected next year (sixth link). British Prime Minister David Cameron has promised that there will be a referendum in the United Kingdom to determine if the UK should leave the EU. This could be held in 2016 or 2017, but in a blow to Cameron’s hopes to keep the UK in the EU, a number of Parliamentary members of Cameron’s own Tory party have announced they will favor leaving the EU in that vote (seventh link). As a sign of how acute this problem is becoming, a group of European leaders warned at the recent Davos Conference that the immigrant crisis could “push the region beyond the breaking point” if the immigrant crisis is not resolved “by Spring” (eighth link). The current Dutch Prime Minister, Mark Rutte, also warned that the EU only has “six to eight weeks to get a grip on the crisis.” That is not far away!

There may be biblical prophetic ramifications which unfold from this Islamic immigrant crisis if it leads to the collapse of the EU. New European alliances or confederations may form. If the EU itself splits into pieces, how can the Euro currency survive? If the EU splits into separate entities, many biblical scholars will be watching to see if any of the successor groups number either seven or ten nations. Revelation 17 reveals that “seven heads and ten horns” will take actions which will lead to the collapse of the entire global financial/monetary system. If a new group of seven or ten European nations form a new Nordic Euro Union or a Central Euro Union, their monetary actions could lead to an unraveling of the global basket of reserve currencies, leading to the mega-crisis foretold in Revelation 17-18. Since the Euro is part of the IMF’s basket of global reserve currencies, a collapse of the Euro would require a major restructuring of the relationships between major global currencies and cast doubts on the value of Euros held in the reserves of many nations. Indeed, if the Eurozone also breaks apart after an EU collapse, a number of European nations may simply annul their Euro debts on the grounds that debts and transactions made in a defunct currency no longer have any legal force. Think what that could do to the global banking systems as well as commercial and derivatives contracts. Indeed, if the EU falls apart and the Euro has to dissolve and or restructure, will NATO even survive in its current form in the acrimony of such events? These possibilities affirm that the uncontrolled Islamic immigration into Europe could have numerous unforeseen consequences, and these unforeseen circumstances could lead to the fulfillment of biblical prophecies. Again, as long-time readers know, I do not make specific predictions. I will also be watching carefully to see how this growing crisis unfolds.