The Great American Eclipse of 2017 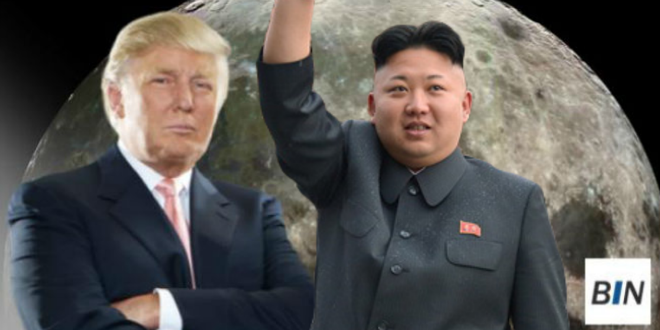 Originally, I was not going to write a post on the Great American Eclipse of 2017, but I have decided to do so after a friend sent me a particular link. Solar and lunar eclipses occur in various places on the earth with some regularity, and, as most readers realize, such eclipses usually do not include a portent of any major event. Most eclipses simply “just happen.” However, there have been times in history when eclipses (or the appearance of comets) have coincided with major events on earth.

What does the Bible say about eclipses? In Genesis 1:14, we are told that God created the heavenly bodies in the heavens above the earth for “signs and seasons,”  as well as to divide the day from the night. This language does allow for God periodically, at times of his choosing, to use heavenly signs to give portents or warnings to mankind on earth that something major is about to occur. Various latter day prophecies indicate that solar and lunar eclipses will have a role in latter days events. Solar eclipses do seem to be the subject of prophecies in Matthew 24:29, Mark 13:24, Luke 23:45, and possibly Revelation 9:2. Will the coming eclipse over the USA have particular end-time significance or not? The simple answer is: I don’t know and I’ll be watching like everyone else to see if it does. However, I’d like to draw your attention to the first link which was sent to me by a friend and which had some content that caught my eye which I thought would be worth passing on to readers.

The first link describes a prophecy given by a Jewish rabbi over a century ago which offered specific information about a great solar eclipse which would occur as the month of Elul begins on the Hebrew calendar. The solar eclipse which will spread from the west to east across the USA occurs just as the month of Elul is about to begin. Does this Jewish prophecy, admittedly a non-biblical one, foretell doom for the nation whose territory is affected by the solar eclipse? No, it doesn’t. It prophesies that when this solar eclipse occurred, it would portend a great crisis for “the kings of the east.” That phrase caught my eye as did the timing of this eclipse. The phrase “kings of the east” echoes a New Testament prophecy about the “kings of the east” which is found in Revelation 16:12. That biblical prophecy pertains, in my view, to the invasion of the latter-day Israelite tribes and their allies by the Gog-Magog alliance which is identified in Ezekiel 38-39. While Revelation 16:12 specifically applies to the great apocalyptic war at the very end of our age (as does Ezekiel 38-39), the Gog-Magog alliance of Russia, China, Iran and their allies (including North Korea) has already formed and does exist now in the world. These nations are the biblical “kings of the east.” The first link seeks to connect the Jewish prophecy to the current crisis between the USA and North Korea (which has been aided by Iran in its nuclear and missile programs and by China in various ways). This crisis is far from over. While North Korea appears to have at least temporarily backed off on its plans to shoot four missiles toward Guam, this is, at best, a tactical victory for President Trump’s tough talk. However, if North Korea retains its nuclear and missile technologies, and continues to perfect them, it will be a strategic victory for North Korea. We will have to wait and see how this crisis develops. It is possible that North Korea will, at some time, fire missiles not at Guam, but rather at the American mainland. If those missiles have nuclear warheads, North Korea will almost surely cease to exist as a nation when the USA retaliates. If the USA shoots down the North Korean missiles and also annihilates North Korea’s nuclear and missile sites, then it will be a dark time, indeed, for the “kings of the east.” If such events happen rather soon after this eclipse, then this Jewish prophecy will be taken seriously. Again, I make no predictions about what will or will not occur; I am simply letting readers know about this prophecy for their information.

It is also possible that the solar eclipse may portend other major biblical prophetic events. Since we are progressing deeper into the latter-day period of time, it stands to reason that there is a greater likelihood that an eclipse or comet could precede a major prophesied event. Major biblically-prophesied events that are due to occur yet in the future  prophesied cycle of events would include the fall of Babylon the Great’s global financial/monetary system (Revelation 17-18) and/or the arrival of God’s Two Witnesses (Revelation 11). These two events are examined in great detail in my articles, Is Babylon the Great about to Fall…Ushering in a New Beast System? and The Two Witnesses. Again, I want to stress that I make no predictions as to the timing of these fulfillments in my articles, but I do firmly believe they will be literally fulfilled in the time ahead of us. The modern global financial/monetary system of Babylon the Great almost collapsed in 2008, so we could observe that it is already living on borrowed time. My article about The Babylonian Origin of the Modern Banking System explains why the Bible quite appropriately calls our modern global financial system “Babylon the Great.”

One final observation: At some point in our future, biblical events will be fulfilled very suddenly and very possibly in rapid succession. The Bible prophesies that even believers will be shocked when the end-time prophesies are fulfilled so quickly that it is evident the return of Jesus Christ is more imminent than they thought possible (Matthew 25:1-13). That prophecy indicates many believers will not be ready when the end-time prophetic fulfillments occur. I don’t know about you, but I am truly desirous of God hastening world events and fulfilling his prophetic timetables so Jesus Christ’s return becomes imminent and then occurs. As societies and nations totter under the onslaught of so many crises, challenges and internal degeneration, modern civilization is starting to come unglued all over the world. I look forward to Jesus Christ ruling the earth and establishing his kingdom of peace and harmony among peoples and nations. For that reason, I hope that the Great American Solar Eclipse is not just another “false alarm” as we look for prophecies to be fulfilled. Keep in mind the prophecy in the first link is a non-biblical prophecy, so I am offering it to readers for their interest at this time; I am not citing it as scripture.

As a personal aside, I have recently learned from various maps of the projected path of the eclipse that my city, Sioux Falls, SD, is going to experience somewhere between 90-94% of the totality of the eclipse so it should be a spectacular event. The second link offers information where and when Americans can see the eclipse and how much of the totality you will experience in your region. The special “eclipse viewing” sunglasses have been completely sold out in my area. I’ve also seen media stories that some of the cheaper eclipse-viewing sunglasses were recalled as they did not really offer their promised protection from eye damage, so if you bought some cheap glasses to view the eclipse, be sure your special sunglasses are really safe to use. The third link offers a way to view the moon passing in front of the sun without any risk of damage to your eyes. It involves a pinhole projector method, and it is easy to make. Indeed, in my city, public libraries are offering such pinhole projectors already pre-made for free public distribution (that is where I obtained my “pinhole projector” yesterday). Perhaps libraries in your city may be offering a similar service as well.

We will soon know if this solar eclipse has any biblical significance or not. It is almost upon us.