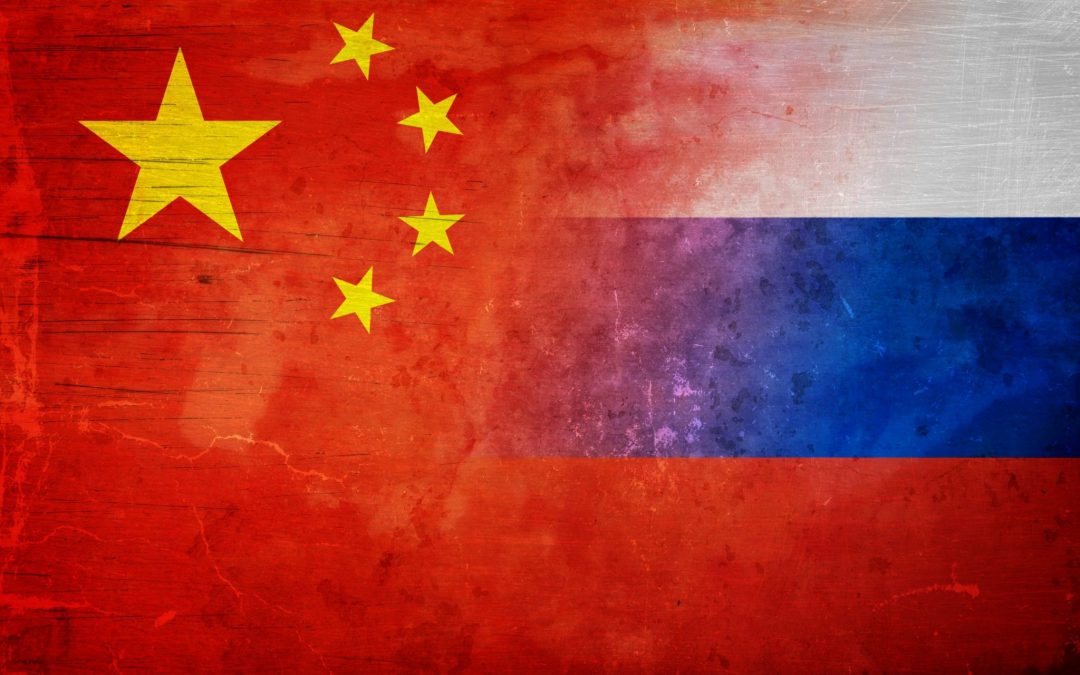 For decades I have warned in many writings and audio messages that the prophecy in Ezekiel 38-39 is inexorably being fulfilled in modern events. That prophecy lists a group of nations which will form what many biblical scholars and writers have called the “Gog Magog alliance.” That latter-day alliance is revealed in Ezekiel 38:1-6, and it is destined to attack the nations and allies of the Western alliance in a Pearl-Harbor like surprise attack at the conclusion of the latter days of our age. Ezekiel 38:6 and 16 clearly show this prophecy will be fulfilled in the “latter years” or “latter days” of our current age. Many biblical writers have correctly identified Russia, China, Iran and their allies as being the prophesied latter-day Gog-Magog alliance, and I have long agreed with that identification.

In Ezekiel 38-39, the Bible used the names applied to ancient nations at the time Ezekiel penned the prophecy in the sixth century BC. Some names are still recognizable. “Persia” still designates the people and region of modern Iran. “Gomer” is one of the nations descended from Japheth (Genesis 10:2), the progenitor of what is now called the Oriental nations. Gomer is described with the words “Gomer and all his bands.” In other words, Gomer’s modern descendants will be very numerous. Indeed, no other nation in the Gog-Magog alliance has such descriptive language about having a very large population. Obviously, the largest Oriental nation in the modern world is China, and it is embarked on a militaristic program to create a military so strong it can defeat the USA and its allies. Other groups identified in Ezekiel 38:1-6 include Magog, Meshech and Tubal, and the term Gog seems to indicate the leader of this Gog-Magog alliance. The term “Magog” has traditionally been linked to Southern Russia. Meshech includes consonants in the word Moscow and the term “Tobol” is still on modern maps as being on the Tobol River in Russia and the cities of Tobolsk in Russia and the city of Tbilisi in Armenia, which is currently an ally of Russia. The identification of Russia, China and Iran with Meshech, Tubal and Persia is quite solid. Keep in mind that vowels were often not written in ancient languages so the consonants must be compared, not the vowels or vowel orders. The prophecy in Ezekiel 38-39 is specifically for the latter-days, and readers can see abundant evidence that we are living in that prophesied time in my article, Are We Living in the Biblical Latter Days?

Russia, China and Iran have allies which include North Korea, the Houthis in Yemen, Hezbollah in Lebanon, Syria, the Taliban of Afghanistan, Cuba, etc. All the nations and groups identified above as being in the Gog-Magog alliance are very anti-American and anti-Western, and are becoming increasingly allied to each other and more intense in their hatred of America, NATO, and their Western allies. The anti-American, anti-Western alliance prophesied in Ezekiel 38:1-6 has now been fully formed.

Very few biblical writers understand who the Gog-Magog alliance will attack. Because the target is called “Israel” they think it means the small Jewish state in the Mideast called by that name today. That assumption is incorrect. Remember, the target nation is the modern people who were called “Israel” in the sixth century BC, just as the Gog-Magog nations are identified by their ancient names of that time. When the prophecy of Ezekiel 38-39 was written, the people then called “Israel” were the scattered ten tribes of Israel, who had been exiled from the Promised Land. The Jews had also been exiled, but their name in the sixth century was known to be “Judah,” the namesake tribe from which we derive the term “Jew.” In order to understand what modern nations will be attacked by the Gog-Magog alliance, it is essential to identify which modern nations are the descendants of the ten tribes of Israel. The Jews (Judah) are not mentioned anywhere in the prophecy of Ezekiel 38-39. When biblical prophecy identifies the Jews in modern times, it uses the term “Judah,” as in Zephaniah 2, Zechariah 12 and 14, etc. Zechariah 14 and Revelation 16:10-18 makes it clear the Israelis (Jews) will be attacked from the east by a force originating in the Euphrates River region, and that force will be fighting in the region of Megiddo and in the city of Jerusalem when this final World War III ends due to Divine intervention. My books (available at the homepage of this website) offer much documentation about the migrations and modern locations of the ten tribes of Israel, but considerable information can be found in my article, The United States of America in Biblical Prophecy, and in articles about individual tribes of Israel found in the “Articles” tab at my website’s homepage.

As evidence of this solidification of the Gog-Magog alliance, the first link reports that China and Russia are solidifying their alliance against the Western nations militarily, economically and politically. China is supporting Russia in its invasion of Ukraine. German Chancellor Scholtz has embarked on a state visit to China to attempt to pull it back from its alliance with Russia, but Ezekiel 38 shows that effort will fail. The second link reports that Russia and Iran are steadily drawing closer, and Iran is now openly supporting Russia’s war against Ukraine by sending drones and other military hardware to Russia to use against the Ukrainians. The link also states Iranian troops are now physically present in the region of Crimea to assist Russian troops in their war. The third link states that Iran is sending ballistic missiles and attack (“kamikaze”) drones to Russia. The link reports that of the initial 450 drones sent to Russia, the Ukrainians have shot down about 300 of them. That is a good shoot-down rate, but the damage done by the remaining Iranian drones have devastated Ukraine’s utility infrastructures. The fact that Russia is now depending on Iran for weapon systems to use in its invasion of Ukraine speaks volumes. It indicates that Russia may be “scraping the bottom of the barrel” in accessing its own supply of cruise missiles, attack drones, etc. In other words, Russia must be running out of its own weapons. It also shows that the Iranian kamikaze drones are effective in devastating the infrastructures of a modern nation. I’m sure the Israelis are watching very carefully how the Iranian weaponry performs in the Ukraine war as these Iranian weapons are surely intended to be used against Israeli targets in a future war. Indeed, Iran is shipping large numbers of attack drones to its allies in Syria for, no doubt, eventual use against Israel or American bases in the Mideast. The Iranians are, according to the fourth link, already sending large numbers of attack drones to Syria (Iran’s ally). Obviously they will mostly be aimed at Israel, but Israel has very sophisticated air defense systems and will likely shoot down a higher percentage of Iran’s attack drones than Ukraine is downing.

If readers wish to examine a thorough analysis of the Bible’s prophecies about the age-ending World War III which will erupt at the very end of our current age, I invite you to read my research report entitled: What Ezekiel 38-39 Reveals about a Future World War III. It is now abundantly clear that the prophecy in Ezekiel 38-39 is spot-on in its predictions about the global alliances in our modern times.  Its prophecies about what will happen in our future will surely come to pass as well. I invite everyone to read this report to see how World War III will start, why it starts, how it ends, etc. It even specifically gives the final casualty rate for the nations in the Gog-Magog alliance when the war is ended by the intervention of the Creator God who made the physical Universe and all that is in it.