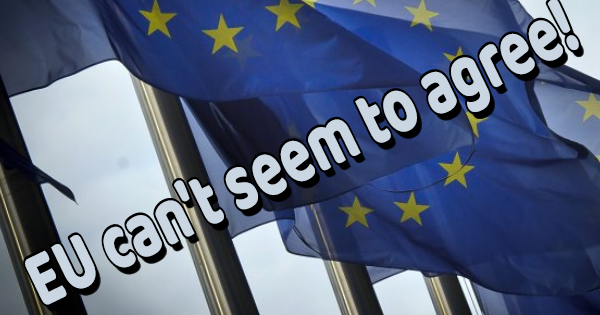 The European nations are experiencing a number of growing problems and disagreements which are steadily pulling the EU apart. No matter how the EU leaders and backers try to downplay these problems, they are getting worse and the prognosis is not good for the long-term survival of the EU in its current form. Let’s review the latest list of issues driving wedges among the EU nations.

The first issue is that Poland seeks to become ever more closely aligned militarily with the USA. Poland has offered to host thousands of American troops in Poland in a new “Fort Trump” (first link and second link). Poland would like to have increased numbers of US troops in Poland to create more deterrence against a Russian attack as well as create a larger “trip-wire” American presence in Eastern Europe. It appears that the USA will send 1,000 more troops to Poland (third link) and that local infrastructures will be built in Poland to eventually handle a full American armored division if the deployment of such a powerful unit takes place at a future time. Eastern Europe, as a whole, wants increased deployments of American and NATO troops into their nations even as the European nations in western European regions generally do not share that desire. Both Poland and Romania are hosting the construction of powerful Aegis Ashore American air defense systems (about which I have posted before). The older NATO members whose governments are globalist in nature periodically make rumblings about creating an EU military force, but nothing meaningful has come of that effort yet. A massive obstacle is creating an entirely new command structure outside of the established NATO structures, and the language barriers within a new EU force would be immense. I saw a video segment on the news not long ago about a fledgling joint German-French army unit which had such language problems that they had to establish English as the unit’s common language…even as the English-speaking United Kingdom is in the process of leaving the EU. The Russians have warned NATO about putting more American soldiers and weapons in Poland (fourth link), but that warning seems disingenuous as Russia has many soldiers and weaponry in its Kaliningrad enclave located between NATO members Poland and Lithuania. This issue is dividing EU nations on a roughly east vs. west basis.

Again, immigration has become a hot-button issue of contention between the EU’s nations. Generally, the southern EU nations are pitted vs. the northern EU nations on this issue. The latest flare-up is a result of the highly-publicized refusal of the Italian government to accept a boatload of illegal immigrants picked up at sea by an NGO-owned ship (sixth link). The ship reportedly had 52 illegals on board and a two-week standoff ensued between the EU’s “open borders” camp and the Italian government which only wants legal immigration. The crisis was “resolved” when the Italians got commitments from other European nations to accept the immigrants. The ship was docked at an Italian port and the captain of the ship was arrested and now faces ten years in jail (seventh link). My own view is that since the ship flew a Dutch flag, the ship should have brought the illegals to a Dutch port. That the ship’s captain refused to do this but insisted on going to Italy where they were not wanted indicates, in my opinion, that she was acting under orders to create an incident. She may have ten years behind bars to ponder the wisdom of her choices, but this incident has further created a northern European vs southern European fault line on the immigration issue which will apparently fester for some time into the future.

The next new crisis is also between the EU bureaucrats and Italy’s nationalist government. It involves the EU’s demands to govern Italy’s internal financial affairs. Italy has threatened to create an “alternative currency” to the Euro in which it will conduct some financial transactions (eighth link). It is a testimony to how deeply the EU’s unelected government has wormed its way into controlling the European nations that Italy may have to, like the United Kingdom, leave the EU in order to regain control of its own financial destiny. The EU may even succeed in driving Italy out of the EU if it continues to pressure Italy on this matter. If Italy leaves both the EU and Eurozone, it could weaken the entire underpinnings of the Euro currency itself, leading to a major financial crisis for the Eurozone.

Even France and Germany are now at odds with each other. This is remarkable as these two nations have been allies to make the entire European continent subservient to the EU bureaucrats in Brussels. They are at odds over which insider politicians will become the new unelected leaders of the EU (ninth link). Why don’t they just have the European citizens vote for their choice? That won’t happen because the creators of the EU wrote the founding documents so the EU can never be a democracy–only an autocracy of the rich globalist insiders. Not only are they fighting over who will be the new EU autocrat-in-charge over the other unelected EU bureaucrats, but France wants an entirely new way of selecting which insider will be the new EU leader. Stay tuned to how this turns out because whosoever loses this power struggle will become less enthusiastic about the EU and its institutions no matter what public face they put forth on the matter. Speaking of the EU leadership, Germany’s leader, Angela Merkel, appears to be suffering from a possibly severe health issue. She has twice now suffered bouts of uncontrolled and very visible tremors at public functions (tenth link). The first time was officially dismissed as dehydration problems, but the recurrence of her tremors erodes confidence in that official explanation. If Merkel has to leave her office, it will be a major setback for the globalist in Europe, as she has been the dominant national leader pushing for European nations to surrender their sovereignty to the EU bureaucrats.

Finally, religion is again a growing fracture point within the EU. The eleventh link and twelfth link report that Poland and Hungary are especially pushing for the preservation of Christianity and Christian values as the only way to preserve traditional European culture. These (and other) nations are very firm on this and that places them at odds with Germany, France and the EU bureaucrats who have long disdained and rejected Christianity in favor of humanism, secular beliefs being imposed on EU nations. Also, large segments of the EU’s citizens do not think very favorably about the chances of the EU surviving another decade or two. The thirteenth link gives information on which nations have the largest numbers of people who not think the EU will survive in the long term. Given that so many Europeans believe that the EU cannot survive in its current form, that belief could eventually become a self-fulfilling prophecy during a future crisis.

As long-time readers of my blog know, the above stresses building inside the EU and Europe could lead to major biblically-prophetic fulfillments. The Bible’s prophecies warn that at the end of our age, a major crisis will start somewhere that leads to a global financial/currency crisis that collapses the current global order. This prophecy is found in Revelation 17-18, which predicts a new global order will be born which replaces the current global order that has been in place a very long time. Revelation 18:11-14 depict a currency crisis will become global in scope as the prophecy describes merchants mourning because “no man buys their merchandise any more.” This language means that global merchants do have plenty of goods and services to sell, and many demands for these goods and services will still exist, but no one can make the transaction to buy anything. In other words, they will no longer have a trustworthy medium of exchange to facilitate transactions. This indicates to me there will be a global crisis where people lose faith in modern fiat currencies. Given that global commerce will have to resume quickly, a new global monetary system will be imposed by the new “beast” leader of the new governing system (Revelation 13:16-17). I make no predictions about when this global crisis will occur, but as the underpinnings of the EU and the Eurozone are steadily weakened, it is evident that a global financial/political/currency crisis is drawing nearer. Other possible events which could lead to a global financial collapse include: (A) a debt or derivatives collapse, (B) defaults by major nations, (C) a bank panic caused by attempted “bail-ins” seizing money from depositors to rescue insolvent/reckless banks, and (D) the implementation of new gold-backed currencies by major global nations. For much more biblically-pertinent information about what will unfold in future years, please read my free articles, Are We Living in the Biblical Latter Days?, Is Babylon the Great about to Fall…Ushering in a Global Beast System?, and The Babylonian Origin of the Modern Banking System.