The “Economic Recovery” is a Joke!

No doubt, many readers of this blog have heard or read “official” statements that a “recovery” is underway in the US economy. I believe there is no truth in such statements, and this post is to provide readers with hard evidence that the US economy is still in a state of deterioration.

The first link below explains that the “record” holiday spending sales figures aren’t actually as good as they appear to be when you look deeper at the data. While the headlines proclaimed a great shopping season, the link notes that “these figures don’t tell the whole story.” It observes that because the population of the USA has grown by 8,000,000 people, the sales figures actually indicate that spending per person is not yet back to pre-recession levels and that “average spending per person is still lower than it was a few years ago.”

There are other games whereby the Department of Labor Statistics spews out deceitful data. The first link reported that the population of the USA increased by 8 million recently. However, I heard on the Rush Limbaugh program that the Dept. of Labor statistics recently came up with a lower unemployment rate by assuming that the population of the USA decreased so they could pretend that millions of unemployed Americans didn’t actually exist. I’ve heard on other media programs that this department of statistical shenanigans assumes people are “employed” if they work one hour a month. Obviously, that has no real world application at all. It also uses an arcane “birth-death” model which it manipulates to subjectively massage the data any way it wants to do so. At another internet link, I saw this dept. of statistical shenanigans deleted the rising home prices from the inflation rate calculations a few years ago when home prices were skyrocketing in order to camouflage the rising inflation rate (it used rentals in the data). Then when home prices crashed, it put home prices back into the inflation rate calculations and deleted rental prices to artificially lower the inflation rate calculations. The realization that the official US government statistics are bogus is now growing more widespread. Many economic/financial articles on the internet cite shadowstats.com, a private entity, as the only reliable source of information concerning the real rates of unemployment and inflation. A check today at their site indicates the real unemployment rate in the USA is about 22-23% and the real inflation rate is about 5% and rising. Even the mainstream media is catching on to the fact that the data issued by the Dept. of Labor Statistics has little connection to reality (see the cartoon released by the Washington Post Writers Group at the end of the links below).

The third link reports that the housing market conditions are getting ever more grim. It reports that over 11,000,000 mortgages “or 23.1% of all mortgaged homes were underwater” in the last quarter of 2010. This is well over four times the reported rate for a healthy housing market. Indeed, some states are in conditions which sound like their housing markets are already in a Great Depression. The link states that “roughly two-thirds of homeowners in Nevada with a mortgage had negative home equity [the definition of being ‘underwater’].” Arizona, Florida, Michigan and California report “nearly 50% of homeowners with mortgages in those states [being] underwater.” These are amazingly bad situations. Ominously, another 2.4 million people have so little equity in their homes that they will also be underwater if housing prices slip a little bit further. Does this sound like any “boom” or “recovery” is occurring in the US economy? Hardly!

Even Fed Chairman Ben Bernanke himself admitted in a speech that “the economy is still in a ‘deep hole'” and even this grim assessment was “his most upbeat economic outlook in many months” (see fourth link). His “most upbeat economic assessment in many months” warned that “the nation could ultimately default on its debt” and that “Congress must plan now to slash the $14 trillion national debt (emphasis added).” I’m sure all readers have seen that the clueless wonders in Congress can’t even agree to cut a measly $61 billion off the gargantuan US annual debt monster. It seems to me that Congress is utterly clueless to the need to find draconian cuts in the US federal budget if the US dollar is going to be saved and a federal government default on its debt is to be avoided.

So when you hear media cheerleaders talk about a “recovery” in the US economy, remind yourself of the facts presented above. As I’ve stated in many previous posts, Revelation 17-18 foretell the collapse of the current global monetary/financial system in the latter days and its replacement by the final “beast” system. The current global system is based on the world’s global reserve currency—the US dollar, which is being debased by the US Federal Reserve Board which controls the supply of the US dollars. Given these facts, it is hard to see how “Babylon the Great” could fall unless the US Federal Reserve Board and its US dollars collapse substantially. I do not predict when this event will occur, but it will happen because the Bible has prophesied it. I’m sure some readers are making personal preparations for this event so they can function in a period of chaos when this event occurs. However, some readers of this blog are simply “hearers of the word” but haven’t done much to get ready for this prophesied event. When it happens, all such readers will wish they had been “doers of the word” in making at least some preparations for this prophesied collapse. Common sense suggestions can be found in my article, Should Christians Prepare for Future Hard Times?, available at the Articles link at this website. 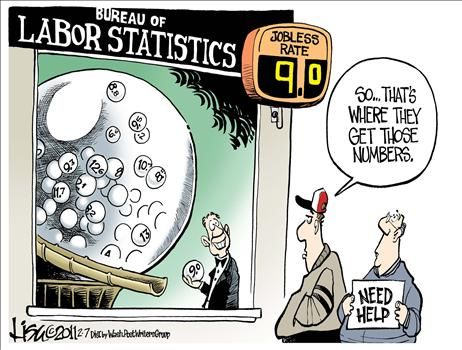