THE COMPANY THAT PROBABLY KNOWS ALL YOUR PERSONAL INFORMATION 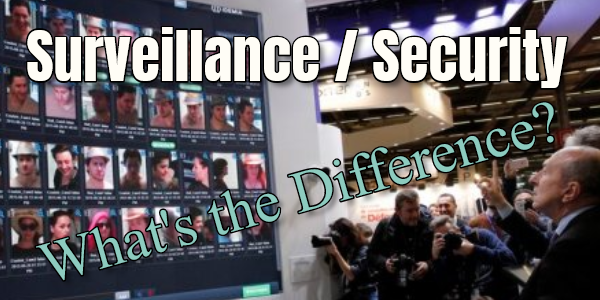 Have you ever heard of the company, Idemia? I certainly had never heard of it until I read an article in the Washington Times about it (first link). Idemia is a French company with extensive US operations. While the link notes that “Idemia is not a household name,” this company makes it its mission to know all about you! This apparently secretive company that few have ever heard of has 14,000 employees and clients in 180 nations. It is called “the world’s largest surveillance company” in the first link and it already has “collected and processed some 3 billion faces” as it is in the process of creating a global library of the biometric information (fingerprints, facial recognition, etc.) of everyone on earth. With 3 billion faces already in its memory banks, it has a good start on having a global “file” on everyone.

This company gathers biometric information about you (and everyone else) in a variety of ways. It works with 42 American states to issue driver’s licenses to all citizens, and everyone’s driver’s license photo of their face goes into Idemia’s file on the world’s citizens. [Perhaps you didn’t know your driver’s license photo is being used for biometric identification?] The first link states that critics say Idemia is “vulnerable to hackers,” and that “it fosters an ‘Orwellian vision’ of a monitored society.” I would have to agree with that assessment. The link also states that the information gathered by Idemia “every day” is not kept just in Idemia’s files, but also “flows into databases at the Departments of Defense  and Homeland Security and the FBI…” One source cited in the link adds that Idemia has “an Orwellian vision of control (emphasis added).” Facebook, Amazon, and Apple also are leaders in developing biometric identification databases, according to this article. In a recent post, I noted that China is developing its own national system of biometric identification and monitoring for all its citizens. Add China’s approximately 1.5 billion people to Idemia’s biometric database of 3 billion people and however many are in the biometric databases of Facebook, Amazon, Apple, etc., and you can see we are not far from the day when everyone in the world’s functioning society will be in one or more biometric databases. It is likely safe to say that if you have a drivers license, passport or some other form of identification with a photograph of your face that you are in at least one biometric data base.

The second link shows how quickly biometric identification systems are spreading in our digital age. Approximately 17 American states are implementing or considering placing drivers’ licenses on individual smartphones, and (this really surprised me) that 47 states already permit the “proof of insurance card” in an automobile to be digitized into smartphones. Currently, this is used for identification/law enforcement purposes, but it is easy to see that we are not far from a society wherein purchases of all kinds can be made by confirming one’s identity and financial information via biometric information personalized into your very own smartphone! Think of the many conveniences of having your biometric information stored in your portable digital device that goes with you…everywhere. People rarely think that they are carrying around a personalized digital surveillance device which is gathering information about them…all the time. Everything you do and everywhere you go will go into the global biometric and personal information databases. It is not likely too far away when all your “buying and selling” activities go into global databases via your smartphone transactions. (The third link provides information on cell phone ownership/usage.)

Just think of the possibilities that could happen once a personal digital assistant like “Alexa” is downloaded into your smartphone or digital device. I’ve read many reports that Alexa is always passively listening to everything it hears in the homes of people who have that device. Once “Alexa” or a system like it is downloaded into your smart phone, it can spy on everything you say as well as what you do and where you go. It’s too bad George Orwell is not alive today. He would realize what an accurate prophet he was. Remember the first link stated Idemia had “an Orwellian vision of control?” I’m sure all the other biometric and data collection companies and national governmental agencies do as well. In America, we have an “Emergency Broadcast System” which tests itself occasionally via an annoying noise that interrupts all TV stations for a time. Once Alexa (or any service like it) is installed into smart-phones, a government in the future can communicate with you or issue you instructions via your smartphone. This will create a reality where everyone is going about their business thinking they are free and independent, but they are actually being watched and monitored on a 24/7 basis like lab rats in a controlled experiment.

Long-time readers of my blog know where I’m going next. Revelation 13 and 17 predict the arrival of a global “beast” system in the latter days of our age. Revelation 13:16-17 specifically prophesy that this global system will be able to monitor and control all financial transactions via mechanisms that involve the face (“forehead”) and the hands. Remember the quaint old days when Christians used to wonder if the “mark of the beast” would be a bar-code system or a chip implanted into your skin? That was such pre-digital age thinking! We now can see the wave of the not-so-distant future is using biometric information stored on your smartphone (which you will carry in your hand) to conduct all kinds of personal financial transactions. Just enter your fingerprint or aim the device at your face (“forehead”) to confirm your facial biometric information and you can then make a transaction. This biometric purchasing system is already being used in China and other nations as a previous post documented.

Christians should realize that these new biometric technologies truly fulfill the prophecy of Revelation 13:16-17 that during the latter days of our age, people on earth would make ubiquitous financial transactions involving their faces/foreheads (facial-recognition or retinal scans) or their hands via fingerprints. Notice that Revelation 13:16 states that when the Apostle John saw his vision of the latter days, he saw a global financial transaction system in use utilizing everyone’s forehead/face or their hands. John did not say the financial transaction system of the end-time would require an identifying mark in both the face/forehead or hands. He said it would be in one or the other location. This allows for both a fingerprint-based biometric system or one activated by a facial recognition/retinal scan. The Bible’s prophecies so accurately predicted our modern times! People who don’t realize the Bible’s prophecies were inspired by a Creator God are blind regarding what is really happening in the world in our time.

The technology to implement the beast’s global financial-transaction system exists now and is being implemented in parts of the world already. This can only mean that we are definitely living in the latter days and that we are nearing the point where the beast system will be activated globally. I wonder how much time there is before major prophesied events occur? Babylon the Great (the entrenched and current globalist system) has to fall first in order for the beast’s new global system to take its place, and as that happens, God’s Two Witnesses must be revealed as well (as my previous post discussed). As I often state, I do not set dates or make predictions about when biblical prophecies will be fulfilled, but it doesn’t take a “rocket scientist” to comprehend that we are drawing close to the time when a global “beast” system will merge all biometric databases into one all-dominating ID system to monitor and control all financial transactions on earth. When the beast system implements its global biometric financial/identification system, it is likely to be very benign at first and widely welcomed by the world’s population.  I expect almost all Christians will be deceived into thinking it is a wonderful system. Jesus Christ himself warned that deceptions would be so insidious and well-disguised in the latter days that only the “very elect” of God’s people would even realize what is happening (Matthew 24:23-24). When it is first implemented, the beast’s biometric financial/identification system may not pose a threat to any Christian. However, at some point, the beast system will be interlinked with a new global religious leader who will do miracles and demand the worship and allegiance of the world’s population (Revelation 13:11-18). The beast’s financial transaction system will become idolatrous as soon as it involves “worshiping” a man who will claim to be God or God’s representative on earth in Jesus Christ’s place. This false end-time religious leader is mentioned in other prophecies, and is termed the “Antichrist” in I John 2:18 and II John 7, the “son of perdition” and “man of sin” in II Thessalonians 2:1-11, and is linked to the “abomination of desolation” prophecy in Daniel 9:27 and Matthew 24:11-22 about an event that will occur at the very end of our age.

We are surely drawing close to the fulfillment of major biblical prophecies. For more information on the above topics, please read my articles, Are We Living in the Biblical Latter Days? and Is Babylon the Great about to Fall…Ushering in a New Beast System?