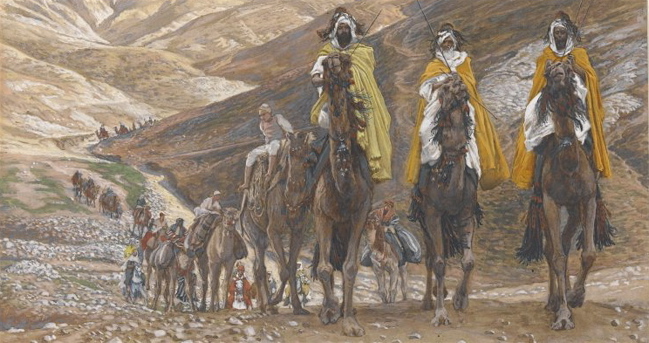 Also, the Bible does not limit the number of Wise Men/Magi to only three persons. How many Wise Men might there really have been? The biblical account in Matthew 2 of the Wise Men’s arrival in Jerusalem, their meeting with King Herod and their eventual coming into the presence of the “young child” Jesus (verse 11) has very interesting inferences of what was really happening during their visit to Jerusalem that are easily missed if one does not know the “back-story” of events involving the two ancient superpower empires of that time: Rome and Parthia. Herod represented Rome while the Wise Men and their entire entourage represented Parthia. These empires often were at war with each other, but the Wise Men arrived at a time of delicate peace between the two empires. Why does Matthew 2:3 report that King Herod and the entire city of Jerusalem was so troubled by the arrival of the Wise Men? The arrival of three people from the far east would not have created even a ripple in the fabric or awareness of the people of Jerusalem as they were used to receiving caravans of many thousands of people from the east on a rather frequent basis. Once you understand who these Wise Men really were, the biblical question is answered. Also, what was the “star” that led the Wise Men from Parthia all the way to an actual physical home inside which which they found the young child, Jesus? How could any heavenly object in the skies above the Holy Land identify one individual child who was inside a house (verse 11)? Obviously, no such thing could have occurred.