The Book of Nahum, Assyria’s Fall and Ancient Israel’s Resurgence 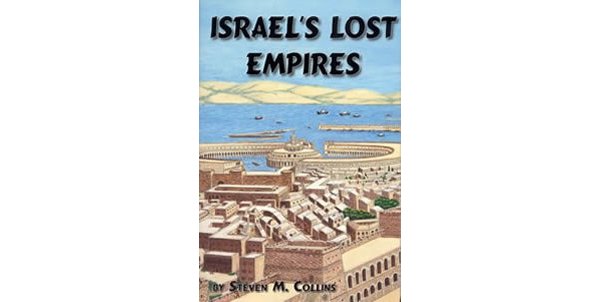 The other day, I read the short biblical book of Nahum in The New Scofield Study Bible and an insight occurred to me which I will share in this post. Nahum is a book with the writer’s prophetic message that Nineveh and Assyria would fall and their empire would be destroyed. Biblical commentaries disagree about when the book was written, but it seems to be somewhere between circa 663 BC to 612 BC as Nineveh and Assyria collapsed in 612 when they were invaded and conquered by an alliance that included the Babylonians, the Scythians and Medes.

The major role of the Scythians in the destruction of Nineveh and Assyria is often glossed over in history textbooks but my book, Israel’s Lost Empires, cites the ancient Greek and other recent secular historians who acknowledge Scythia’s major role in destroying the Assyrian Empire. An easily-overlooked verse in Nahum’s book gives this profound significance, in my view. Let’s set the stage a bit for the events prophesied in Nahum’s book with a historical account of what led to the fulfillment of Nahum’s prophecy.

When the ancient ten tribes of Israel all went into exile from the Promised Land (II Kings 17:18) due to prolonged sins, not all of Israel’s tribes went into captivity, as is explained in detail in my books. However, a quick check with some scriptural accounts confirms this. II Kings 15:27-29 describes an Assyrian invasion that took place years prior to the final Assyrian invasion that captured Samaria and ended the northern kingdom of Israel. In this earlier Assyrian invasion, it states that “Gilead, Galilee and all the land of Naphtali” were taken captive to Assyria in this earlier invasion. Gilead was the land of Israel east of the Jordan River (modern Jordan, generally), and it was populated by Gad, Reuben and half of the tribe of Manasseh. Elements of some other tribes of Israel lived in the Galilee region, so this invasion took roughly 1/3rd of the Israelites captive into the Assyrian Empire. The remaining 2/3rds of the Israelites saw the end was only years off and many of them migrated to the Israelite/Phoenician colonies in Kirjath Hadashath (Carthage), Iberia (Spain), the British Isles, etc. to start new lives far from any threat of Assyrian armies. However, there were far too many Israelites for all of them to escape by sea, even though the Phoenicians had a huge navy.  The Israelites left the Promised Land in great fleets in a Dunkirk-like departure which lasted continuously for years. Those who left overland abandoned the Promised Land and migrated northward through the Caucuses Region into the wide-open expanses of the Black Sea region (II Esdras 13:40-45 mentions this migration) to found a new kingdom which the Greeks called the “Sacae Scythians” and the Persians called the “Saka.” The name of “Isaac” is apparent in both terms, fulfilling the prophecy of Genesis 21:12. When Samaria fell later, its inhabitants would have overwhelmingly been Ephraimites. They were carried captive to the land of the Medes (II Kings 17:6) and a new group of people, the Cimmerians, were then noticed by historians as being present in the land of the Medes. Notice the phonetic similarity between “Samarians” and “Cimmerians.”

When Samaria fell circa 721 BC, the “free” Israelite tribes which fled to the Black Sea region would have been the half-tribe of Manasseh which lived west of the Jordan River, Asher, Zebulon, much of Issachar, part of Dan, part of Ephraim, and segments of Simeon and other tribes which had repelled the previous Assyrian invasion. The tribes of Judah, Benjamin and much of Levi were still living in the kingdom of Judah. The “free” Israelites who founded the Sacae Scythian kingdom north of the Black Sea gathered their strength for a couple generations and then invaded in a giant mass into Mesopotamia, and into the modern region of Syria, Lebanon, Jordan and the Promised Land. Historical sources record the Scythians were particularly harsh in conquering Assyria, but were quite gentle toward the Jews of Judah, then being ruled by the good king Josiah. The Greeks record the “Scythians” were then present in the old Promised Land/Levant in huge numbers, but the Bible, written from a Hebraic perspective, calls the Scythians by their Hebrew names: Manasseh, Ephraim, Simeon, and Naphtali (II Chronicles 34:3-6, 8-9) and “the children of Israel that were present” (II Chronicles 35:17). So, at the same time the Greeks recorded that the Sacae Scythians from the Black Sea region had filled the old Promised Land with their army, the Bible says that the ten tribes of Israel were back in their old homelands. The connection is obvious. The Sacae Scythians were the ten tribes of Israel.

Now back to Nahum and the fall of Assyria. While the Scythians re-occupied their old Israelite homelands peaceably and celebrated biblical festivals with Josiah and the kingdom of Judah, the Scythian armies that invaded Assyria did so with ferocious violence. The Scythians are credited with conquering the vital Assyrian military fortress of Calah and, with the Babylonian and Medes, conquering Nineveh as well. This was most likely in 612 BC. Notice the language of Nahum 3:12-14 which describes that the fortifications and ramparts of the Assyrian cities would not protect them against their invaders. These verses describe the siege warfare techniques of that time being used against Assyria–which had used those same tactics against many other nations previously. Assyria was reaping what it had sowed. Notice Nahum 2:1-2. The prophecy of Assyria’s doom continues in Nahum 2:1, but verse 2, in The New Scofield Study Bible, reads; “For the Lord will restore the splendor of Jacob like the splendor of Israel…”  This verse is vague in the King James Bible, but the other cited version captures precisely the truth of what happened historically during Assyria’s fall.

Knowing that the Sacae Scythians were the relocated mass of the ten tribes of Israel which had migrated to form a new kingdom in the Black Sea region, we can see that the “blitzkrieg” Scythian invasion of Assyria was intended by the Israelite tribes to take vengeance on Assyria for Israel’s loss of its original home in the Promised Land. The relocated ten tribes of Israel from the Black Sea destroyed the Assyrian Empire, so the narrative of the wars between Israel and Assyria ends with a crushing and decisive victory by the Israelites. Nahum 2:1 promises just such an outcome, and Nahum’s prophecy specifically mentions the tribes of “Jacob/Israel” as being exalted when Assyria was crushed. This happened in 612 BC. The Israelites had a two-pronged offensive. They fiercely destroyed the Assyrian Empire, with help from the Babylonians, even as they peaceably occupied their old homelands in the old region of the northern kingdom of Israel. The portion of the ten tribes of Israel that reoccupied its old Promised Land homeland a few years later pulled all their forces voluntarily back into the Black Sea region. The ten tribes of Israel likely found the old kingdom of Israel to be far too small for their growing populations which had room to spread out north of the Black Sea. Hosea 1:10 prophesied the ten tribes would greatly expand their numbers after they went into exile so that fits this conclusion. The historians record that Medes were involved as allies of the Scythians against Assyria. Remember that the survivors of the siege of Samaria were placed in the cities of the Medes and called “Cimmerians?” I’d bet that the grandchildren of the captive Israelites taken from Samaria to Media were among the Medes who joined their fellow-tribesmen, the Sacae Scythians, in wreaking vengeance upon Assyria for what Assyria had done to their grandparents.

Greek histories, the book of Jeremiah and II Esdras (an Apocryphal book) all agree the Sacae Scythians had significantly returned to God in their new location in the Black Sea region. The Greeks record the Scythians absolutely forbade all idols and idol worship and forbade keeping swine in their lands. Jeremiah 3:6-12 cites God as saying the ten tribes of Israel were then (circa 620 BC just before Scythia invaded Assyria) more “justified” in his eyes than Judah. He sends a warm message from Jeremiah to the ten tribes and states he was sending his message to Israel “north” from Jerusalem (verse 12). Draw a line straight north of Jerusalem and you come to the Black Sea region inhabited by the Sacae Scythians. II Esdras 13:41-42 states the Israelites who migrated from the northern kingdom of Israel went to a “distant region…so that there perhaps they might keep their statutes, which they had not kept in their own country.” No wonder God had warm words for the relocated ten tribes in Jeremiah 3.

Isaiah 10:5-7 records God’s prophecy that the Assyrians would be used as his “rod” against the sinful kingdom of Israel (which happened in 740-721 BC), but even Isaiah 10 prophesies the Assyrians would later be crushed themselves. In Jeremiah 51, verse 5 states God had not forsaken “Israel” (the ten tribes) and verse 20 declares God would use Israel as his “battle axe and weapons of war” to break other nations in pieces. God did just that in 612 BC by using Israelites from the ten tribes as his “battle axe” against Assyria. The Israelite empires of Scythia and Parthia, would later again be used as a “battle axe” against the Persian Empire, the Roman Empire and the Seleucid Greek Empire.

This historical vignette confirms that biblical prophecy matches secular history quite well! For a complete account of the rise and power of the Scythian empire of the ten tribes of Israel, you can find it in my book, Israel’s Lost Empires.