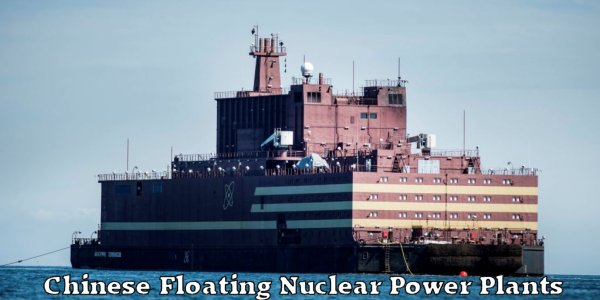 As the American media consumes itself with coverage of the poisonous politics within Washington DC,  many global events are occurring which the American media scarcely notices. This post is another effort to bring to readers’ attention updated information about one such vital international flashpoint. The flashpoint is the South China Sea and tensions in that region are steadily rising as China continues to try and assert a sovereignty over the South China Sea that no one else in the region recognizes. If these mutually-exclusive points of view continue, open warfare is the logical expected outcome at some point in the future.

The first link details more naval activities in the region by the nations threatened by China’s growing militarism. It indicates that Japan is taking more of a lead role in the region within the growing anti-Chinese alliance. Its warships have made ports of call in the Philippines, Indonesia, Singapore, Sri Lanka and India, its warships have conducted joint exercises with British warships and also with the strike group of the aircraft carrier, USS Ronald Reagan. I was a bit surprised at the Japanese warship’s port call in Sri Lanka as that nation has been trending toward being aligned with China. US B-52 bombers also conducted a recent mission through the South China Sea. The first link also describes a “standoff” that recently occurred between Chinese and British warships in the region.

The Malaysian Prime Minister, Mahathir Mohamad, recently warned China about its predatory practice of making loans to developing nations on infrastructure projects that cannot be repaid. He cited an example wherein China foreclosed on a port facility in Sri Lanka when that nation could not repay a loan to China (second link). By doing so, China is free to develop that seized port into a naval and/or missile base for the Chinese military which is located very close to India, a primary strategic rival of China. This harsh action by China against Sri Lanka may be a reason why Sri Lanka was willing to host a Japanese warship, and this heavy-handed behavior by China may spoil its relations with many nations around the world who saw this predatory Chinese action take place. What is extraordinary is that the Malaysian Prime Minister issued this warning to China while he was on an official visit to China! China’s heavy-handed policies toward nations that have learned in China’s direction in the past likely led to the overthrow of a pro-Chinese government by a new pro-Indian government in a recent election in the Maldive Islands. The election result was quite decisive, but the pro-Chinese faction is creating chaos in the Maldive Islands by attempting to hold on to the power they lost in that election (third link).

Under growing military threat from China, Japan has no choice but to rearm to meet that danger. One of its latest actions is the development of a new class of supersonic missiles which will be deployed to defend Japanese island chains (fourth link). Full deployment is scheduled for 2025, but since Japan has already developed a prototype, I suspect that full deployment of these missiles could occur well before 2025. China continues its rapid militarization modernization, stating that it is developing a hypersonic missile that can attain speeds 6 times the speed of sound which could be deployed in 2020 (fifth link). That same link mentions the US hypersonic missile program which, due to the neglect of the US military during the Obama administration, is having to play “catch up” regarding this new cutting-edge missile technology.

The sixth link discusses a rather unusual development in the South China Sea region. China plans to build and deploy a number of large, floating nuclear plants to provide power to wherever these floating power plants can be moved or towed. This can have an offensive capability as well as a defensive capability. If China invades somewhere else, its military can move these floating nuclear plants to the invaded region to provide power to invading Chinese forces. I hasten to note that these nuclear facilities would make obvious targets for missile attacks by the military forces of other nations in any war. Since they are floating power plants, torpedoes could also be used to disable or sink them. In any global or regional war, such floating power plants would surely be prime targets. This does give reason for concern though, as biblical prophecies in Ezekiel 38-39 warn that the Gog-Magog alliance of Russia, China, Iran, etc. will launch a surprise attack at the end of the latter days against the western alliance led by the USA, NATO, and their allies in Asia and around the world, and building floating nuclear plants to move elsewhere in the world argues China is already preparing to deploy them to support Chinese invasions elsewhere in the future. It is easy to document that many modern nations in the western world are the modern descendants of the ten tribes of Israel. When the term “Israel” is used in Ezekiel 38-39, it refers to the descendants of the ten tribes of Israel in the latter-day world, not the Jews/Israelis. “Judah” is used in biblical terminology to describe the descendants of the ancient kingdom of Judah and that term is not mentioned anywhere in Ezekiel 38-39 and that prophecy does not address any Middle East war involving modern Judah. The Israelis will certainly be involved in a global World War III at the end of our age, but their theater of action is prophetically described in Zechariah 12 and 14 where the term “Judah” is used. I urge readers to obtain copies of my books about the entire history and modern whereabouts of the ten tribes of Israel in order to accurately apply biblical prophecies to modern geopolitics. There is a 4-book, printed set described at this website’s home page, and they can be bought singly or as a set for a price discount. There is also a downloadable Ebook on this subject for those who want a digital copy of this information. I also suggest reading the following free articles to understand more about the topics referenced above: The USA in Biblical Prophecy, Are We Living in The Biblical Latter Days?, What Ezekiel 38-39 Reveals about  Future World War III and Japan’s role in Biblical Prophecy. Doing so will help you understand modern geopolitics far better than you can by reading the modern secular media.