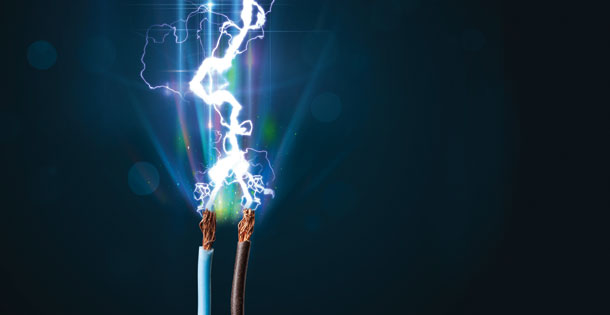 Last year, well-known media personality, Ted Koppel, wrote a book entitled Lights Out!, which documents how dangerously vulnerable the USA is to an EMP (Electromagnetic Pulse) event which causes all or part of the US electric power grid to lose power—for months or even longer. Mr. Koppel is the former host of the long-running ABC news program, Nightline, and he is no alarmist.

I learned about his book while reading an article about it in the March-April, 2016  issue of the Saturday Evening Post while I was waiting with my daughter in the emergency ward of a local hospital [my daughter was having a bad reaction to a prescription medicine]. I was unaware of the book until then. The book came out last year, but this is the first reference to it that I’ve seen in magazines or Internet sites. Mr. Koppel is to be complimented for trying to induce the USA’s politicians and citizens to take this threat seriously, because neither group has yet done so. The first link is an abbreviated synopsis of the article, and one must pay to read the entire article online (or go to a local library and read it for free). It would be well worth your time to do so. The second link and third link offer a more in-depth discussion of Mr. Koppel’s book and its main points.

Mr. Koppel’s book warns about the dangers posed to America’s power grid from cyberattacks and other possible causes. Years ago, I wrote a post about the book, One Second After, by William Forstchen, which was a fictional novel about how a city in North Carolina attempted to cope, with inevitable great loss of life, to the loss of electricity after a deliberate attack on the USA using EMP warheads. If you have not read that book, I urge you to do so. It has a forward by Newt Gingrich, a former Speaker of the US House of Representatives, and an afterward by a retired USAF general–both of which state that the fictional novel is an accurate portrayal of the devastating loss of life that such an attack could do to the USA.

What is striking about Mr. Koppel’s book is that it is an analytical, non-fictional warning about the pervasive lack of preparedness on the part of the US government and its populace about the dangers of such an attack. If nothing else, this book (or these links) should convince you that in the event of such a nationwide or major regional and extended power outage, you will be “on your own” in dealing with the aftermath. Do you want to be living in a large metroplex when the power goes out for months and food spoils and city services disintegrate? Do you want to be in a high-rise building when the power grid goes down and water runs out for cooking and flushing toilets and emergency generators can keep the lights and elevators working for only a short time? If the power goes out for months during the winter, are you prepared for staying alive with an alternate source of heat or a warm place to go that will welcome you? If the power grid goes down for an extended period of time, what will you use for money when the banks are closed, credit card transactions wouldn’t work and the food-distribution system ceases to function? The time to consider such questions is now, not after such an event happens.

Should Christians prepare for such a catastrophic event or should they do nothing and simply have faith that God will work it out? One Christian denomination, the Mormons (the Church of Jesus Christ of Latter Day Saints) already has church-wide preparation systems in place for their members (fourth link). Is your church ready too? I’m not a Mormon, but, based on their preparations, they are likely to have one of the highest survival rates of any church denomination if an extended power grid failure occurs. Years ago, I wrote an article, Should Christian Prepare for Future Hard Times?, which offers what I feel is a clear, biblically-based answer to the above question (fifth link). Remember that Proverbs 22:3 and 27:12 both advise that prudent people see a danger that is imminent or possible and they do something to prepare for it. I hope that you will read my article and act on it. None of us can prepare for every eventuality, but we should do what we can for ourselves, our families and communities.

As a final thought, I think it is absurdly negligent for any major military weapons system or any civilian infrastructure project to be built without extensive, manual/mechanical back-up systems to enable it to go on functioning if electricity goes down due to an EMP attack, a huge solar flare, or just bad luck. Discover Magazine, in its March 2016 issue, had an excellent article, Blackout of the Century, which applies scientific and statistical analysis to the USA’s power grid system, and argues that a major collapse of the power grid(s) could occur simply due to the unmanageable complexity and size of the US electricity production and transportation system (sixth link). It reviews major American power outages of the past and warns that a larger one could be coming in our future which could occur without warning and without any foreign attack. It could come simply from an overloaded electrical system or juncture point that shuts down a regional grid. If that happens and it affects your service area for a long time, you need to be prepared before it happens. Are you?