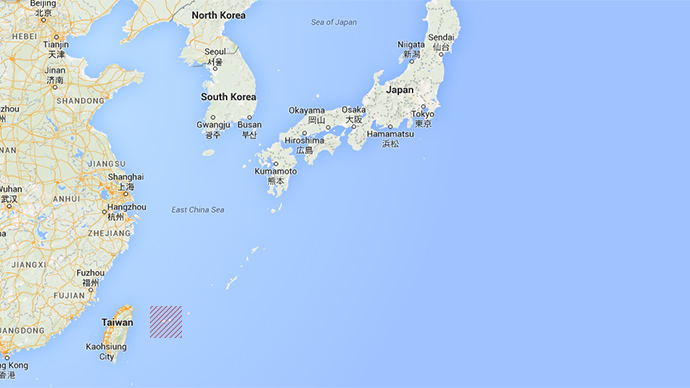 It is uncommon for me to do a follow-up post on the same topic as discussed in a previous one, but I am doing so in this case. My previous post discussed whether China was about to invade Taiwan, and the information in this follow-up post is very germane to this subject.

In July, Japan began to openly shift toward a position of being willing to help Taiwan defend itself against an invasion from China (first link). The link notes that Japan has historically been pledged to come to Taiwan’s aid if it were invaded by China, but previously Japan’s position was that it was willing to help the USA defend Taiwan if the USA acted to do so. Japan’s new statement recognizes that an independent Taiwan is vital to Japan’s own security interests. This was an important national defense policy shift for Japan as it indicated a willingness to to help Taiwan whether the USA helped or not.

The second link offers a very insightful analysis of current Japanese-Taiwanese relations as well as their likely future course. The link notes that Taiwan and Japan recently held “unprecedented” bilateral talks conducted in a “2 + 2” format where each nation has a high diplomatic and military official at the meetings. Normally, the top Foreign Ministry and Defense officials would head each nation’s delegation in such talks, but Japan and Taiwan sent lesser officials likely because the two nations technically do not yet have formal diplomatic relations. In these talks, Taiwan and Japan discussed their “common goals” and it is clear that possible USA-Japan-Taiwan actions were discussed in case Taiwan is attacked. These meetings were preceded by important signals that Japanese-Taiwanese relations were about to grow openly stronger. The link also states that in April Japan’s Defense Minister declared that Taiwan was “an important friend” of Japan, and Japan’s Deputy Defense Minister made an even stronger statement in June. He bluntly stated that “We have to protect Taiwan as a democratic country.” The use of the word “country” applied by a Japanese government official to Taiwan is very close to a de facto recognition of Taiwan’s national sovereignty, and this must really upset the Chinese.

In a related story, the third link mentions that the USA conducted a naval maneuver meant to reassure Taiwan when a US Navy warship and a US Coast Guard cutter sailed through the Taiwan Strait between China and Taiwan, symbolically reminding China that Taiwan remains under US protection.

It is worthy of comment that neither the USA nor South Korea were in attendance at these high-level Japanese-Taiwanese talks. This speaks volumes. It indicates that Japan is now willing to act independently in its own national interests in confronting the growing military threat posed by Chinese militarism. It is possible but not certain that Japan’s willingness to meet bilaterally with Taiwanese officials without any American officials present is a reflection of possible feelings in Japan that the USA cannot be counted on as a reliable ally during the Biden presidency. That this meeting took place even as President Biden’s administration virtually groveled to the Taliban while exiting Afghanistan may support such a view. The ignominious and disastrous exit of the USA from Afghanistan does give the impression that there are no “adults” among Biden’s diplomatic or military appointees. Even if one agrees with the overall strategic goal that the USA had to leave Afghanistan as it had been there far too long (which I do), the method in which the withdrawal was conducted exhibits total tactical incompetence. In any such major disengagement, there should have been months where the USA systematically flew out in a orderly fashion all its military helicopters, armored vehicles, guns, ammunition, Afghan interpreters, etc. so they did not fall into Taliban hands when the Afghan central government inevitably fell. Biden and his administration have handed, according to various media accounts, tens of billions of US military equipment to the Taliban–America’s enemy for approximately two decades. Such abject incompetence by an American commander-in-chief would invite impeachment proceedings in normal times…but we do not live in normal times.

Japan’s independent action to deepen national and military ties with Taiwan must greatly encourage the Taiwanese people. This action by Japan surely alleviates Taiwan’s sense of isolation, and there is an unspoken possibility that Japan may begin supplying Taiwan with advanced weaponry made by Japan. If Taiwan buys, openly or secretly, Japanese missiles and strategic weaponry, those weapons will reach far deeper into China if fired from Taiwan than if they were fired from Japan’s home islands.  Such a transfer of major weaponry to Taiwan from Japan would make it much more difficult for China to successfully invade Taiwan. One wonders if other Indo-Pacific nations will now also make direct, bilateral ties with Taiwan an important foreign policy goal?

This deepening of ties between Japan and Taiwan must surely vex Chinese leaders. It also sends an important signal that Japan is no longer going to live under the shadow of the USA. It will strike out on its own if necessary to defend Japan’s national security interests. It is clear that Japan’s leaders have decided that Japan’s security is enhanced by maintaining an independent Taiwan. Their decision makes sense to me.

If readers of this post have not read my previous post at this blog, I urge them to do so as both address the same subject and I recommend to readers the articles cited in the previous post.