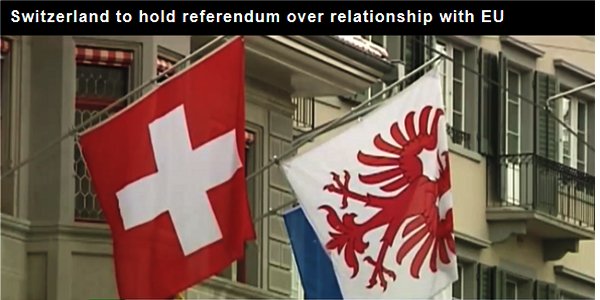 The United Kingdom is not the only European nation with which the EU is having major difficulties. The UK’s Brexit vote is scheduled to take place on Tuesday, December 11, and if the House of Commons does reject Ms. May’s surrender deal to the EU that day, it will set in motion a variety of possible scenarios for subsequent courses of action. However, another nation is digging in its heels vs. the EU. Switzerland, which is not in the EU, has defied an EU-imposed deadline for standardizing Swiss laws with EU laws. The first link relates that the Swiss have already adopted a number of EU regulations, but have refused to accept the EU’s latest deadline for more Swiss laws to be subordinated to EU laws. Switzerland has long been very neutral in matters of alliances, wars, economic blocs, etc. in order to preserve the independence and confidentiality of its famous banking industry. The Swiss government is surely loath to progressively surrender that independence to the EU’s unaccountable leaders. The first link adds that the EU has “heaped pressure” on Switzerland to submit to more EU laws, but the Swiss resisted the pressure. The Swiss government ignored the EU’s ultimatum on the matter.

Interestingly, the EU, upset with the Swiss defiance of the EU’s diktat, has threatened to consider action to cut off Swiss banks and brokerage ties to the EU’s member nations (second link). As the article affirms, that would result in swift Swiss retaliation. The date on which the EU is considering a regulatory reprisal vs. Switzerland is December 11, coincidentally the same date on which the British House of Commons is scheduled to accept or reject May’s plan to keep the UK subject to many EU laws. The second link discusses whether the Swiss are waiting to see how the British Brexit vote goes before they make any decision regarding the Swiss-EU relationship. It also indicates no Swiss action regarding the EU ultimatum is likely before April 2019. I consider that date to also be significant. The formal date for a possible “hard Brexit” wherein the British would leave the EU altogether without a deal is March 29, 2019. If the British leave the EU in a hard Brexit manner, the decision by the Swiss government to wait until after the UK’s Brexit vote to determine its own future relationship with the EU raises the possibility that the Swiss banks may form an alliance with the British banks and financial houses in The City, the financial district of London if the British opt for a hard Brexit. Such an arrangement might be far more advantageous to both British and Swiss banks than having their governments submit meekly to EU dominance. A possible banking/financial alliance between non-EU British and Swiss banks might more than outweigh the financial power of the EU’s German banking system based in Frankfurt. If such an arrangement develops, many nations in Europe may find it to be far more in their national and financial interests to join a possible British-Swiss alliance that preserves national independence than remain in an increasingly dictatorial EU. Also, the EU may find that some member nations have such strong ties to Swiss banks that they may simply refuse to abide by any EU diktat against the Swiss government and its banks.

It is my opinion that the EU’s rulers are badly overplaying their hand in European matters. They seem to be determined to impose an autocratic supranational EU government on all European nations as soon as possible. However, while the EU’s leaders act ever-more autocratic, they have failed to notice that they no longer have a single strong European leader to back an EU agenda. German Chancellor Merkel and France’s President Macron were the EU’s top national cheerleaders, but both have been badly weakened lately. Merkel’s political party lost so much support in two recent regional elections within Germany that she was essentially forced to resign her top party post to cling to her Chancellor position. However, these developments have placed her in a very weakened position which will likely last as long as she tenuously clings to power in Germany. Macron in France is in even worse shape. He has been domestically criticized for his arrogant persona ever since he took office and his presidential approval rating was down to 29% before the recent mass protests (third link) and riots which have broken out in Paris and other French cities. Macron can’t help the EU with its autocracy plans as he is besieged internally within his own nation. Indeed, he likely could not win a new election in France if his party falls from power due to a popular internal political revolt. France could conceivably elect a Euro-skeptic, nationalist government in a new election. Italy elected a Euro-skeptic, nationalist government and even the pro-EU government in Spain has been rocked by a Spanish nationalist party winning seats in a recent regional election in Spain. Poland and Hungary are very Euro-skeptic and the EU bureaucrats seem determined to “discipline” Poland and Hungary for daring to think outside the limits imposed by Brussels. The Greek people are seething against the EU due to the EU’s harsh austerity imposed on the Greek government which caused great economic hardship on the Greek people.

There is a principle in Proverbs 16:18 that “Pride goes before destruction, and a haughty spirit before a fall.” A haughty, prideful spirit seems to permeate all the EU leaders do lately. They may learn the hard way that that the wisdom of the principle contained in that scripture will result in their own downfall. As long-time readers of my blog already know, the biblical prophecy in Revelation 17-18 foretells that the long-entrenched, global financial/monetary system of the latter days will experience a sudden collapse when it is challenged by a cryptic alliance called “the seven heads and ten horns.” The possibility of a banking/brokerage/financial conflict breaking out between the EU and Switzerland in which European (or global) nations will have to “choose sides” creates a new possibility for Revelation 17-18 being fulfilled. It is now possible that a civil war amongst the global banking/financial capitals will cause the entire system to collapse as a consequence. This is a new development that I have not previously considered as a possible trigger for the fulfillment of Revelation 17-18’s prophecy. At some point in the future, God will cause his prophecy in Revelation 17-18 to happen. As I’ve observed in several previous posts, Revelation 17 states this future collapse will occur in “one hour” (verses 10, 17 and 19). This was never possible until the invention of computers and digital technologies. Today, the world’s financial markets are all interconnected in real time, so this prophecy can now be literally fulfilled. A serious collapse in one major world market could easily cascade into a global melt-down of all financial markets within one hour. If we live long enough, we will witness what the trigger will be that causes this prophecy to be fulfilled.

To examine in detail the Bible’s prophecies about geopolitics and developments that will occur in the times ahead of us, please read my free articles, Are We Living in the Biblical Latter Days?, Is Babylon the Great about to Fall…Ushering in a New Beast System?, The Babylonian Origin of the Modern Banking System, and Should Christians prepare for Future Hard-Times?