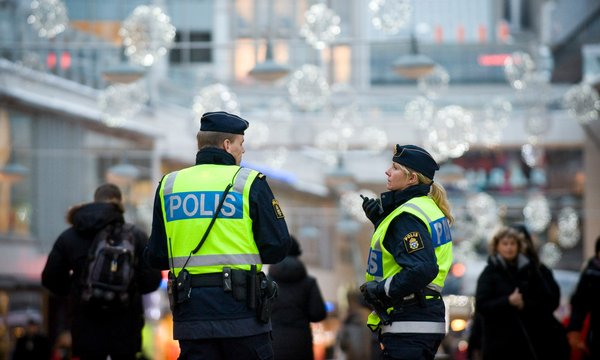 The World Tribune is reporting that the Swedish civilian population now owns approximately two million firearms, and I thought this fact was worth passing on to readers of my blog. One of my recent posts noted that, in light of the tidal wave of Islamic migrants pouring into Europe, Austrians were buying so many long-barrel guns (rifles and shotguns) that gun stores were running out of guns to sell in that nation but that many European nations don’t allow civilians to own firearms for self-defense. In Switzerland, many civilians do have firearms.

The first link notes that gun permits in Sweden rose 10% in 2014 due to fears about the growing crime rate (20% of buyers were female), but no statistics are cited regarding the firearms demand in Sweden during 2015. Perhaps numbers for 2015 gun purchases will be released at the end of the year. Since the Islamic refugee “invasion” of Europe has been largely a 2015 phenomenon, I suspect the demand on the part of Swedish civilians for firearms has risen dramatically this year. I found this story interesting as it indicates that civilians in some nations in Europe do have access to firearms.

Many Islamic refugees have been quoted in media interviews that their intended European destination is Sweden. In light of the terrorist attacks in Paris, the Swedish government is rethinking some of its liberal policies. The second link reports that the Swedish Prime Minister is acknowledging that Sweden was “naive” about the dangers posed by Islamic terrorism.

The Swedish requirements for buying a firearm are fairly easy to satisfy. Besides being a law-abiding adult, one only needs to obtain a hunting permit or be a member of a shooting club of some kind. I suspect that many Swedes are now suddenly developing a strong interest in hunting and that many will organize neighborhood “shooting clubs” so they can buy firearms.

As our modern societies become ever more threatened and faced with increasing dangers, more civilians in more western nations will demand access to personal firearms so they can protect themselves and their families. The prophecy of the Apostle Paul in II Timothy 3:1 that “perilous times” would befall humanity in the latter days has already been fulfilled in much of the globe. Given the recent terrorist attacks by ISIS in France, Lebanon and Egypt (against a Russian airliner), and given its threats to hit more western cities with additional terrorist attacks (as of this writing, I’m  aware of media-reported ISIS threats vs. New York City, Washington, DC and Rome) Paul’s prophecy is going to become more vividly real with each passing year.