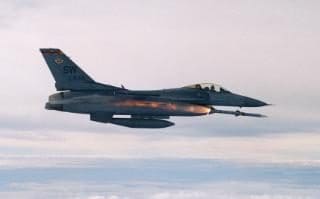 According to foreign media sources, the Sunni-Shiite war for control of the Mideast is intensifying, and there is a growing risk that American and Russian forces could come into direct conflict. American media sources are, apparently, too busy disseminating “fake news stories” to pay attention to serious matters that should be reported.

The first link reports that American warplanes have attacked a Syrian-government aligned tank column in the region near the Syrian-Iraqi border. This is the region which is key to whether (A) the Iranians have a direct land route to send their military forces and weaponry directly to the northern Israeli border and can cut the Sunni-dominated Mideast region in two or (B) the Sunnis will have a blocking force controlling a region between Syria and Iran/Iraq to prevent the above from happening. This blog has had a series of posts discussing the strategic importance of this conflict. As usual, the situation in the Mideast is a tangle of complexities. Both sides are fighting ISIS (to one degree or another), but both sides are fighting to secure their post-ISIS plans for the Mideast. The American attack against a Shiite/Syrian government force was an act to help the Sunnis put in place a blocking force between the western and eastern Shiite nations and their proxy forces.

While the first link minimizes the casualties from the American air strike, the second link indicates the casualties suffered by the Shiite military column were substantial, and that further battles seemed imminent. It also reports that the alliance facing the Shiite forces include military detachments from the USA, the United Kingdom, Holland, Germany, the Czech Republic, Norway, Jordan, the Free Syrian Army (likely a mixture of Sunni tribal forces) and perhaps others. I would assume there would also be a Saudi participation in this force as Saudi Arabia has the most to lose if that coalition fails in its objectives. This indicates that a major international military alliance of NATO and Sunni nations are forming to fight the Shiite domination of the Mideast. The Shiite alliance consists of forces from Iran, the Syrian government, Hezbollah, Shiite militias as well as the Shiite-dominated central government of Iraq and the Houthis of Yemen. Backing all of the Shiite forces is Russia. On the other hand, the third link reports the Israelis have conducted a major military exercise on their northern border region and may keep substantial forces massed in that region. Obviously, the Israelis have a huge national security interest in making sure the Western/Sunni coalition succeeds in blocking Iran from having an ability to send masses of Iranian military forces directly to Israel’s northern border. Since Iran has threatened to “wipe Israel off the map,” Israel almost surely will have to militarily intervene on the side of the western/Sunni forces if it becomes necessary to prevent Iran from rushing a large army right to Israel’s northern border. However, Hezbollah, a key Iranian ally, is sending 1,000 more of its fighters to the disputed Mideast Shiite-Sunni flashpoint to aid the Iranian side, according to the third link.

Given that this is unfolding in the Mideast, there are more bizarre complications to this situation. Turkey, which is a NATO and a Sunni nation, should be strongly in the western/Sunni coalition, but it is not. Instead of being an ally to this coalition, Turkey has tended to be its enemy by bombing the Kurdish US allies in the northeastern Syrian region, as previous posts have mentioned. Instead of helping the Sunni forces, Turkey is bombing them (the Kurds are Sunnis). Turkey seems to have a pathological hatred of the Kurds and would rather betray the entire Sunni coalition than doing anything to help the Sunni Kurds or find some kind of modus vivendi with them to fight the greater enemy: the Shiite coalition. The fourth link and fifth link address this matter. Logically, Turkey and a newly independent Kurdistan should be Sunni allies, but logic does not always win the day in the Mideast.

There is another complication, which could upset everyone’s applecart. The final link reports that the huge Mosul Dam (about which I have posted before) is again in danger of collapsing and that millions of lives are at risk in Iraq if this dam bursts. The dam holds back a reservoir along the Tigris River in northern Iraq. Its failure could threaten the lives of all the forces fighting in the region of Mosul, which is just downstream from the endangered dam. Therefore, all the forces fighting in the Mosul region have to keep an eye on the status of the Mosul dam to evacuate quickly if it is about to burst. Indeed, it is not impossible that ISIS, if it sees that it is about to be overcome in Mosul, may deliberately attack the dam to cause it to fail. [As a sidebar comment, it seems to me that the Mosul battle is the slowest effort to retake a city that I have ever witnessed in my lifetime. If I recall correctly, it took the Allied forces in World War II less time to liberate the entire nation of France than it is taking the “coalition” to defeat ISIS in Mosul.] The last link adds that the Iraqi government may terminate the contract of an Italian engineering firm whose efforts are apparently the only factor staving off the dam’s collapse. If a huge freshwater tsunami is unleashed downstream all along the Tigris River region, it will likely take out many bridges crossing that waterway, making it far harder for Iran to ever send its ground forces into Syria or to the northern part of Israel.

The battle between these rival alliances is a key to the continuing battle between (A) the Gog-Magog alliance prophesied in Ezekiel 38 to include Russia, Iran (the Shiite alliance), China, etc., and (B) the western forces led by the modern nations of the ten tribes of “Israel” and the other nations also descended from Abraham (which includes the Israelis (biblical “Judah,”) and apparently the Sunni Arab alliance (the Ishmaelites). Revelation 16:12-21 also has a pertinent connection to how this Sunni-Shiite confrontation will play out. This prophecy foretells that a huge eastern army will attack westward across the Euphrates River in the direction of the Sunni Arabs nations and the Israeli nation at the end of our age. Their advance leads to the famous battle of Armageddon and Divine intervention (the return of Jesus Christ). Ezekiel 38-39 and Revelation 19:11-20:4 also address this age-ending period of time. The fact that Revelation 16:12 foretells that the kings of the east (the “Gog-Magog alliance of Ezekiel 38) begin their age-ending attack by a massive sortie across the Euphrates River heading in the direction of Jerusalem fits perfectly with modern geopolitics. The region of the Euphrates River is controlled by the central Iraqi government, which is a Shiite government aligned with the Iranian/Shiite alliance, so the eastern Gog-Magog Shiite alliance would logically launch their attack from friendly territory. It is sobering to realize that this prophecy indicates the forces of this massive Gog-Magog/Shiite alliance will reach the city of Jerusalem as Revelation 16:17 predicts the final battle will include the region of Megiddo. Zechariah 14 also reveals to us what will happen when this same age-ending battle engulfs the city of Jerusalem. That modern geopolitics are fulfilling exactly the latter-day scenarios prophesied in the Bible for the latter days confirms that (A) we are living in the biblical latter days, and (B) that there is a Creator God working out a Divine script for the affairs of mankind in our modern times (Isaiah 41:21-26, 46:9-11). Whether mankind realizes it or not and whether mankind likes it or not, the God of the Bible is working out his prophetic plan on his timetable and according to his will.

For more detailed biblical perspectives on these events, please read my articles, Are We Living in the Biblical Latter Days? and What Ezekiel 38-39 Reveals about a Future World War III .