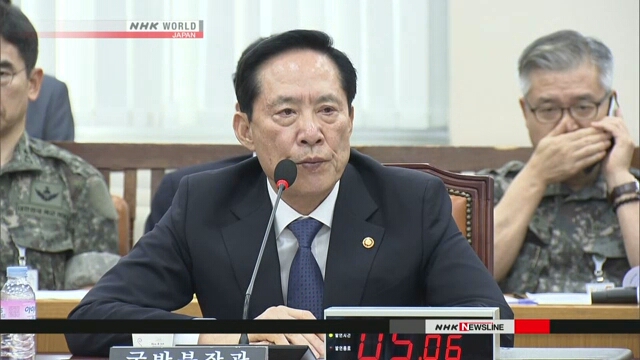 As readers no doubt realize, there is so much happening in the region of the Korean peninsula which indicates that the USA, Japan and South Korea are speeding up preparations for a war which North Korea seems determined to force upon them. As the USA’s Ambassador Nikki Haley quite aptly put it, North Korea is “begging for war.”  A subsequent post will likely address more of these military preparations, but this post is focused on one singular aspect of this crisis. South Korea is forming a military unit whose specific mission is to assassinate North Korean leader Kim Jong Un if war occurs. The first link and second link detail this extraordinary South Korean action. The official reports indicate this unit will go active on approximately December 1, 2017, but it is possible that date is simply being mentioned for public consumption. That military assassination unit may already exist right now.

There are indications that North Korea is taking seriously the threat of an assassination team targeting their leader. The third link reports that Kim Jong Un has not been seen in public settings for awhile. This would certainly make him less of a target and he may be hiding his whereabouts. The final link adds more weight to this story. It adds that Kim Jong Un has taken the extraordinary step of hiring a special unit of Russian ex-KGB agents to act as his personal bodyguards.

These links report that this South Korean unit will act if war breaks out, but it begs another question. Would it avert a nuclear war if Kim Jong Un was assassinated prior to any war breaking out due to his increasingly reckless provocations? Would his successor be more reasonable? There is no way to answer that question.

I cannot help but wonder what military assets will be dedicated to this military unit to take out not just Kim Jong Un but other North Korean leaders as well. Will it be an infiltration squad of former North Koreans who have fled to South Korea but retain intimate knowledge of North Korean society so they can blend in without creating suspicion? Will it include an active South Korean aircraft equipped with cruise missiles that can be quickly fired at any site where Kim Jong Un and his generals are appearing? Will it include both of these options and others besides? The fact that South Korea has let this information out publicly indicates to me that South Korea wants North Korea to realize there will be extremely serious consequences for North Korean leaders if a war starts in the Korean region. Could it be the entire announcement is a ruse to cause Kim Jong Un to distrust everyone around him to sow confusion in the ranks of the North Korean leadership by causing all of them to mistrust each other? If so, then the hiring of Russian bodyguards to protect Kim Jong Un would argue that such a goal has already succeeded. Kim Jong Un is now likely afraid that one of his trusted inner circle is actually a “deep cover” double agent for South Korea whose mission is to assassinate him if necessary.

I will add this entirely personal observation. Have you noticed how undernourished the North Korean troops are as they perform Nazi-like, goose-stepping military parades in North Korea? If South Korea is sending “hit” units northward, they would have to also look undernourished in order to blend in credibly with the malnourished North Korean populace. It probably wouldn’t be all that hard to infiltrate South Korean special forces into North Korea’s shores via landings at night from South Korean submarines. There is no need for them to go through the DMZ when one can easily go around it. Who knows? Perhaps South Korea has had double agents inside North Korea for just such a purpose as this for many years. If the report that Kim Jong Un has hired Russians to protect him is true, it reveals that he is afraid to trust any of his own countrymen. This could make him even more paranoid than he already is, and this could have unforeseen consequences.

The world is truly becoming an ever-more dangerous place.