SOMETHING MAJOR IS AFOOT IN THE MIDEAST 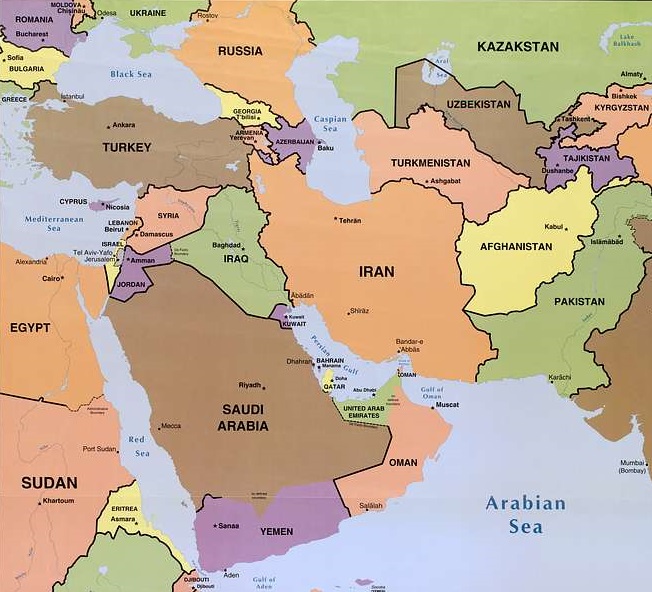 An Iranian plot to kidnap and kill Israeli citizens in Turkey was foiled by Turkish security forces (first link and second link). There were reportedly a number of such plots which were stopped by the Turkish authorities. The links indicate Israeli citizens, a former Israeli ambassador and his wife and even an Israeli “tourist group” had been targeted by Iran. It is also reported that the Israeli Mossad evacuated the targeted Israelis, so it seems evident that Turkish and Israeli security agencies were working together against these Iranian plots. Turkey cannot be pleased that Iran sought to essentially start a war with Israel by involving the Turkish capital city. It is very possible that Turkish authorities were tipped off to the Iranian plot by Israeli security services. If any of these plots had succeeded, the Mideast might already be involved in a large-scale war. If Iranian operatives had succeeded in kidnapping and killing a group of Israelis, Israel would almost surely have retaliated vs. Iran directly.

The third link is a report which originated with the Wall Street Journal which I saw quoted in a short Jewish news source. It claims to reveal that secret talks were held recently between Israel and six Arab nations (Saudi Arabia, Qatar, Egypt, Jordan, the UAE and Bahrain). These nations’ intelligence agencies agreed to pool their informational sources with Israel to warn any other nation in this group about any type of Iranian attack on any of them. This agreement presumably includes attacks not only by Iran but by Iranian proxies (Hamas, Hezbollah, the Houthis in Yemen, etc.) as well. As the link notes, the attendance of the Saudis and Qataris is especially noteworthy because neither nation technically has diplomatic relations with Israel. It is possible, however, that while there are no publicly-admitted diplomatic relations between them, there may be undisclosed close agreements that have been in force for some time. This meeting was reportedly held with US knowledge. The report infers that a formal Mideast alliance of Israel with a group of Sunni Arab nations may now exist in a de facto arrangement. Whatever happened, the nations that were at this reported meeting are being very tight-lipped about it. How the Wall Street Journal found out about it is unknown.

The above regional Mideast alliance meeting is also referenced in the fourth link, which focuses on a possible Israeli willingness to deploy prototypes of an Israeli Iron Beam laser air defense system to both the UAE and Saudi Arabia. The prototype laser-beam air defense system apparently uses at least some US technology as US approval is needed to make this deployment happen. This report is very illuminating. For Israel to be willing to share a prototype ultra-sophisticated air defense technology with the Saudis, a nation with which it has no formal diplomatic relations, it practically screams that Israel and Saudi Arabia clearly have reached a high level of mutual trust behind the scenes. That the Israelis are willing to deploy a prototype of this new cutting-edge technology to the UAE and the Saudis indicates that the threat from Iran is both real and growing more imminent. Leaking this news to the media may be an attempt to deter the Iranians from making a foolish attack upon Sunni Arab nations and/or Israel. The US role in this effort is quizzical to say the least because the Biden administration has appeared to be rather pro-Iranian in trying to re-establish a failed Obama-era nuclear agreement with Iran and several western nations.

There is also a report that the Israeli intelligence agencies have thoroughly infiltrated the Iranian intelligence/military administrations (fifth link). Iran is reportedly purging its own internal intelligence ranks as it looks for suspected Mossad agents inside Iranian agencies. This report may be true, or it may be an example of a “divide and conquer” strategy by the Israelis. If Iran is engaged in an internal witch-hunt inside its own agencies, it will succeed in degrading the efficiency of the Iranian intelligence networks everywhere. It does seem that the Israeli Mossad is able to penetrate Iran’s inner intelligence secrets rather consistently. What kinds of operations has Iran attempted recently? The sixth link offers details about Iranian attempts to seize control of water plants in both Israel and the USA and poison the citizens of both nations. Israel reportedly stopped these Iranian attacks. If Iran’s attacks vs. Israeli and American infrastructure had succeeded, we would almost surely now be at war with Iran.

In another Mideast development, Egypt has sent its highest-level civilian trade delegation to Israel in about ten years (seventh link). These trade talks are reported to be evidence of Israel’s “warming economic-civilian ties with Egypt.” This is further evidence that the Sunni Islamic nations are less and less concerned about the Palestinian Authority which has tilted toward Iran and has shown no interest in reaching a peace agreement with the Israelis. As evidence of increasing Iranian hostility, Iranian patrol boats “buzzed” two American warships in the Persian Gulf recently, coming within a reported 68 yards and prompting the US ships to open fire with warning shots to warn the Iranian ships to leave the area (eighth link). It is also possible that a war could erupt as a result of such an encounter turning “hot.” The Iranian vessels were acting so provocatively that it is almost as if Iran wanted to start a war.

In a final development, the unwieldy Israeli governing coalition has collapsed and Israel now has an interim government until new elections can be held later this year (ninth link). Recent Israeli elections have been very closely divided between the competing political party blocs so it is not certain that a new government coalition will emerge from the next election. Presumably, Benjamin Netanyahu will lead the Likud party in the election, so it is a distinct possibility that he will again become Israel’s Prime Minister.

The Mideast is very important in latter-day biblical prophecy, so this region’s developments should be watched closely. As the above discussion shows, the Mideast is close to open warfare. Don’t think that these developments don’t affect Americans or Europeans. If such a war breaks out and the Sunnis and Shiites start targeting each other’s oil fields and refineries, the prices of gas and energy throughout the world will go to levels currently not thought possible, and it could happen just as winter is beginning in the Northern Hemisphere.