Some of the Latest Military Developments and Plans 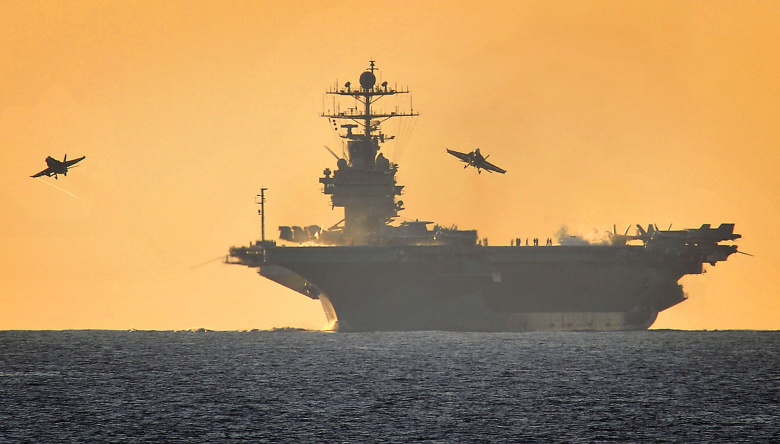 This post is to give readers an update on military developments around the world. The mainstream media rarely covers these topics in any depth–if at all, so I thought I’d offer an update on some of the known military programs and plans now being deployed or developed by some of the great powers. The first seven links detail US plans for military projects that are currently in the pipeline as well as current US military thinking on its capabilities vis-à-vis Russia, China and Iran. The first link and second link offer the US military’s thinking that the US aircraft carriers are not in much danger of being successfully attacked. I very much hope they are right, but everyone said the Titanic couldn’t be sunk either. The third link and fourth link offer descriptions of US plans to build or modify current US surface warships for more lethality and survivability.

The fifth link poses an interesting proposal for new US warships. It suggests that The US Navy should consider going back to the concept of a battleship–a large, heavily-armored warship that can withstand considerable damage and still survive. I like that idea. I’ve long feared that many small surface warships are not very survivable as they have minimal armor. Remember the South Korean destroyer that was hit by a single North Korean torpedo a few years ago? It was cut in half and sank within minutes after just one torpedo hit. That South Korean destroyer was not that much different than US Navy warships in its armor thickness. What is the point of building warships that can be sunk by a single weapons hit? Are they essentially floating coffins? The US battleships that were retired after the Persian Gulf War could take a lot of punishment and still survive and go on fighting as their armor was so thick. I don’t think there is any such thing as an unsinkable ship, but all US warships should be sufficiently armored to give our fighting men and women a reasonable hope of victory and survival in naval warfare. The sixth link confirms that even the Obama administration realized that the US Navy had to adjust to a future role of fighting major combatants like Russia and China in warfare, not just minor powers in terrorist actions. With Donald Trump becoming president in the USA, I think he will undertake a top-to-bottom review of the US military forces in all branches to see what makes sense and what does not. I believe his team will be determined to get far more “bang for the buck” than the previous administration.

As an interesting sidelight, the seventh link reveals how the USA obtained a large number of then front line Russian fighter planes after the Cold War ended. See if you can guess what nation sold them to the USA. The link also reports on what US and Israeli pilots thought of the Russian warplane after they exhaustively tested it.

The eight through eleventh links detail Russian military systems planned or coming into service. The eighth link reveals Russia is also thinking of “going big” in naval ships to make them more survivable. The ninth link examines the likelihood that Russian and Chinese development of hypersonic missiles is ahead of the American development of these cutting-edge new missiles. The tenth link adds that Iran has also joined Russia in using a naval base in Syria in the Mediterranean Sea, and the eleventh link discusses a joint Russian-Chinese effort to defeat US missile systems.

The last three links are about the status of the British military. The twelfth link has the good news that two new British aircraft carriers will soon be entering service. I watched a documentary on these carriers’ construction and modern systems in a cable-TV program and they were impressive, indeed. However, the thirteenth link offers a grim opinion that the small British ground forces would only last an hour against Russia’s army, and that a recent test of the British submarine-launched Trident ballistic missile system (fourteenth link) apparently was a failure (not at all encouraging).

Why are these military links important? The biblical prophecy in Ezekiel 38-39 reveal that that these military systems will be used in a final World War III at the end of this age so it behooves us to stay updated about the status of the balance of forces between the Gog-Magog alliance led by Russia, China and Iran and the western alliance led by the USA, the United Kingdom, NATO and their allies around the world. While the Trump administration has barely begun, it is logical to assume that President Trump will insist that the NATO and western allies spend more on their own military defense. That would permit the USA to devote more military dollars to implement the US military build-up that Trump has promised. With a national security team and cabinet that includes many top generals, I think the Trump administration will take the defense of the USA much more seriously than his predecessor and that is a very good thing! For those who have not read my article which examines in considerable detail the prophecy of Ezekiel 38-39 and its harmony with other latter-day biblical prophecies, I urge you to read my article, What Ezekiel 38-39 Reveals about a Future World War III.

My thanks to a reader for inspiring this post by sending me one of these links.