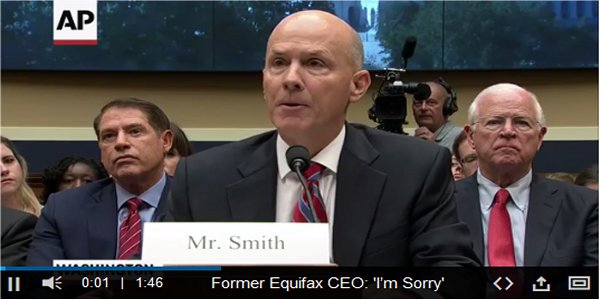 Many readers of this blog are likely well-aware of the Bible’s prophecy in Revelation 13 that a new global “beast” system will be unveiled at the very end of our current age. Revelation 13:4 adds that it will survive for only 42 months, and verses 16-18 contain the cryptic clue about some kind of a numbering system that will identify all people on earth during the beast’s reign and that each person will need this number to conduct financial transactions. This blog has examined many possibilities for the fulfillment of this prophecy. It could be a bio-chip inserted into people’s hands, biometric markers such as facial recognition ID systems and fingerprinting ID systems which involve “foreheads” and “hands,” etc. A recent post noted that John had only a very primitive vocabulary to describe what he was seeing in his vision of the latter days in the book of Revelation so there can be a wide variety of possible high-tech realities that he was trying to describe in low-tech words. John’s reference to a personal identification system using a “mark” of some kind in people’s foreheads and hands could simply mean that biometric markers such as fingerprinting and facial recognition technologies will be used where people place either their hand or forehead up to a device to have biometric markers identified and confirmed. That would be a logical application of modern technologies to a personal identification system.

While we may be gaining insights into what John actually saw in Revelation 13:16-18 as technology advances, there is still the cryptic clue of John mentioning a “6-6-6” numerical system of some kind. What did he see? He tells us in verse 18 to “count” this cryptic number because it is “the number of  man.” Therefore, John was telling us that he saw numbers which could be “counted.” Will each person have some kind of new number that will reveal to us what John meant when he referred to a “6-6-6” clue? One possibility would be that each individual will be given a new specific numerical sequence that will apply to just that person. Could it mean that each person will be given a new identification number (either in a new American ID number or in the ultimate future beast system ID number) which would consist of three sequences of six numbers? For example, such a randomized number could be: 929717-324750-219943. That number represents three sequences of six numbers in each numerical sequence. If everyone was given such a randomized number, each person would have a number that John could have seen and counted as being three sequences of six numbers. Our current American social security numbers consist of three sequences of numbers already, but they have 3, 2 and 4 digits in each person’s sequence of numbers, so John was not seeing social security numbers in his vision of the latter days.

I’m not making any predictions, but if a future global governmental system implements a new numerical tracking number for each person which consists of three sequences in which each sequence consists of six numbers, then we may be looking at the number “of a man” that the Apostle John saw in Revelation 13 in his vision of the time ahead of us. This is one more thing worth considering as we watch to determine what this eventual “beast” ID numbering system will be.