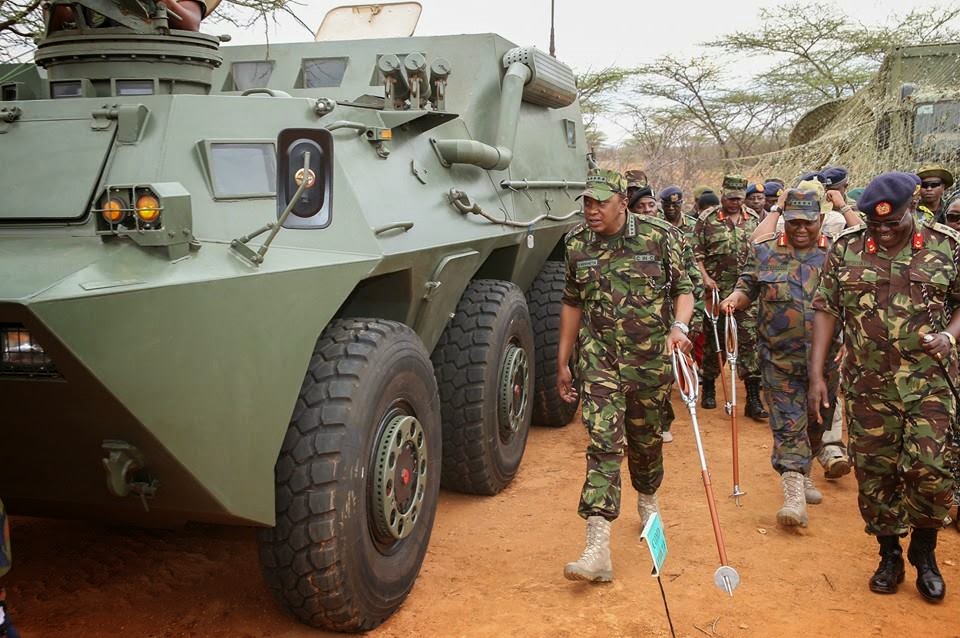 This alliance will help the African nations in their fight against Islamic terrorism within their borders, and it will benefit the Israelis both in terms of having more allies in the world and in having new business opportunities for Israeli economic relationships. This agreement also will result in Israel sharing unspecified “advanced electronic equipment” with the six African nations. I would be willing to bet that this agreement will also result in the installation of clandestine listening stations in those six African nations which will gather intelligence about Islamic terror groups that will be beneficial to Israel and will be shared with their allied African nations. These links report that Israel has long had excellent relationships with both Kenya and Ethiopia, but this alliance is being broadened to include four more African nations.

The first two links also report that these African nations are very worried about the activities of the Islamic terror group. Boko Haram, in Nigeria. In an aside, the Nigerian government, under its new leadership, has had some success lately against Boko Haram. It recently liberated over 800 hostages from Boko Haram captivity (third link), which is a noteworthy and welcome accomplishment. Boko Haram has pledged its allegiance to ISIS, which further illustrates the spread of ISIS among radicalized Muslims around the world. It should also be pointed out that the elected new leader of Nigeria who is seriously fighting Boko Haram is a Muslim, and that he is having more effect in fighting Boko Haram than the previous Christian leader of Nigeria, who often seemed hapless in his position.

It is not only the six named African nations who are seeking an alliance with Israel. A leading Security Official in the United Arab Emirates (the Deputy Security and Police Chief of Dubai) tweeted a message that openly called for a “security coalition” with the Israelis and that he “does not support the creation of independent Palestinian state” (fourth link) Understandably, he received negative responses to his pro-Israeli tweet, but this is to be expected given the decades of anti-Israeli propaganda that used to be standard fare in Mideastern Sunni nations. Personally, I think this pro-Israeli tweet by a Sunni Arab official was a classic “trial balloon” by the Sunni Arab governments in the region to determine how big a re-education effort they will have to make with their citizenry before openly declaring an alliance with the Israelis vs. their common enemy, Iran. Would you have dreamed a few years ago that a Sunni Arab official would call for an alliance with Israel and would reject a Palestinian state? It seems evident that Sunni Arab governments in the region are coming to see the Palestinians (especially Hamas) as a potential ally of Iranian destabilization efforts in the Mideast, and see the obvious reality that they need an alliance with Israel vs. Iran far more than they need to care about a Palestinian state.

The “indifferent” attitude of the Obama-led USA is causing many nations in the Mideast, Africa and the rest of the world to reconsider the degree to which they are willing to trust the USA as long as Obama is the US president. Obama’s feckless, ineffective and foot-dragging approach to fighting Islamic terrorism is motivating many other nations to form open or undisclosed alliances with the Israelis in order to defend their own nations and fight off Islamic terror attacks. These other nations have no doubt that the Israelis will be loyal and staunch allies in any fight against Islamic terrorism and the militarism of Shiite Iran to dominate South Central Asia and the Mideast. These new and developing allies include both Islamic and Christian nations in Africa as well as increasingly the Sunni Arab nations threatened by Iran. It is no secret that Obama has no love for the Israeli Prime Minister and the Israelis as he has criticized, mocked (on an open microphone) and snubbed Israeli officials. Little did Obama realize that his opposition to the Israelis and his “indifference” in fighting Islamic terrorism would cause an increasing number of nations to ally themselves with Israel because they can no longer trust the Obama-led USA.

It looks ever-more likely that the Israelis (the modern “House of Judah” in biblical terminology) are going to have an increasing list of allies in the world, and that they will not need to face a situation like the rhetorical one posed in Zechariah 12:1-6 that God would not forsake the Israelis/Jewish nation in the latter days even if all other nations did so. Indeed, it looks like God is using Obama’s coldness toward the Israelis and his “indifference” in fighting Islamic terrorism to boost the number of Israeli allies in the world and foster alliances between the Israelis and moderate Sunni Islamic nations who also want to fight radical Islamic terrorism. It appears to me that Obama meant for his policies to hurt the Israelis, but God has worked things out so Obama’s policies have driven many nations into forming alliances with Israel due to Obama’s policy failures.