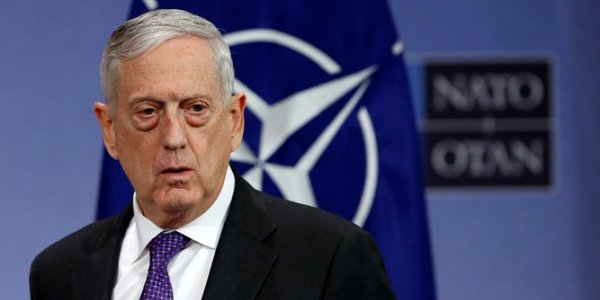 More pieces of evidence are indicating that a Mideast war between Israel and Iran is drawing closer. Indeed, it is looking ever-more inevitable. US Defense Secretary Mattis recently stated that “a military confrontation between Israel and Iran in Syria is becoming increasingly likely (first link).” With all the intelligence information at his disposal, Secretary Mattis should have a very informed opinion on the subject.

Israel sees Iran pouring missiles, troops and military equipment into Syria and realizes that Iran intends to, indeed, “wipe Israel off the map.” It has issued an official warning about what may be about to happen. Israel’s Defense Minister Lieberman has warned Iran that if it attacks Tel Aviv, “Israel will strike Tehran and destroy every Iranian military site that threatens Israel in Syria, whatever the cost (emphasis added, the second link).” Since Hezbollah is a proxy of Iran, any Iranian-Israeli war would inevitably involve Hezbollah firing its Iranian-supplied missiles and rockets at Israel. That would mean Israel would be destroying all Hezbollah/Iranian targets inside Lebanon as well, in my judgment.

Hezbollah and Iran seem very determined to make their missiles and rockets more lethal in their ability to harm Israel. The third link reports that these missiles in Hezbollah’s arsenal are being upgraded to become “precision munitions,” meaning their guidance systems are being upgraded to hit specific Israeli target coordinates instead of merely being fired as unguided missiles. Given Iran’s proclaimed desire to wipe out Israel as a nation, this means that Iran, Hezbollah and their other allies in the region would be targeting not only Israeli military targets but also civilian infrastructure targets such as power plants, desalinization plans, fuel depots, the Dimona nuclear plant, etc. Israel has an extraordinarily sophisticated air defense system, but if hundreds of missiles are fired at each key target, will they be able to strike down the incoming rockets at a 100% effectiveness rate?

Given that Hezbollah is upgrading their missiles to launch them at Israel with more accuracy, the window of time for Israel to launch a preemptive strike to stop such an onslaught of incoming missiles into Israel is closing fast. I expect that if Iran does major harm to Israel’s cities, Israel will likely inflict the same on Iranian cities and energy infrastructures as well as on Iranian nuclear and missile facilities all over Iran. This could get ugly very fast. However, given Israel’s lack of any hinterland, Israel cannot be expected to absorb an initial first strike before responding. When I was in Israel in August of 2000, I traveled to northern Israeli cities and also stood at the Israeli-Lebanese border looking across into Hezbollah territory in southern Lebanon. I think most Americans have little awareness of just how close many Israeli cities are to the Hezbollah missile launch batteries and sites.

Given how this situation is deteriorating rapidly, none of us should be surprised if we wake up some morning and learn that the Israelis have launched a preemptive strike to take out as many Hezbollah missiles as possible to save as many Israeli lives as possible. Given Iran’s stated intention to destroy the nation of Israel, Israel already has every right to take such action in self-defense. If this does happen, I have stated in previous posts that if I had to bet on an outcome, I’d bet on an Israeli victory. My viewpoint is based on Genesis 49:8-9 which prophesies that Judah (the Israelis) will be like a young lion in the latter days of our age, and the prophecy in Zechariah 12:1-6 wherein God declares that even if all nations forsook Judah and Jerusalem, God would still defend that nation in the latter days. If war does come, I urge my readers to join me in praying for God to remember these prophecies and favor the Israelis with his protection and a decisive victory. For in-depth information that we are living in this prophesied time, please read my article: Are We Living in the Biblical Latter Days?