“Secret” Nuclear Cooperation Between South Korea and the UAE 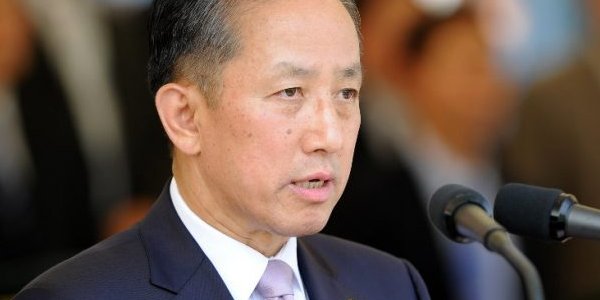 The Asia Times has revealed that there is a “secret” defense pact between South Korea and the UAE that involves the building (and apparently the protection) of a nuclear reactor in the UAE (first link). Few details were given, but it reportedly includes giving South Korea automatic military intervention rights within the UAE under certain circumstances. The second link, from the South Korean media, asserts that South Korea and the UAE have established a “comprehensive strategic partnership” and that South Korea is building four nuclear reactors in the territory of the UAE. This is an exceptionally close type of nation-to-nation relationship.

Might I ask the obvious question: Why does the United Arab Emirates, sitting atop immense deposits of oil reserves, need to build four nuclear reactors? They hardly need additional electric power. Are we seeing the tip of a South Korean-UAE nuclear bomb cooperation project? Under dire nuclear threat from North Korea, it would hardly be a surprise if South Korea was acting to develop nuclear weaponry via the fissionable material that will be generated by the four reactors South Korea is building in the UAE. Indeed, it would be surprising if South Korea wasn’t doing something to build nuclear bombs to deter an attack by North Korea. South Korea is a high-tech nation that could easily build a nuclear weapon, in my opinion. The UAE is also very threatened by Iran’s aggressive nuclear projects, and the UAE has every right to take action to protect itself from any future Iranian nuclear weapons. South Korea and the UAE each has a strong motivation to work together to obtain nuclear weapons for their respective defense.

How long has South Korea been working on nuclear weapons-grade technology? Perhaps longer than most readers realize. The third link is a  post I wrote eight years ago which discussed an article in the Asia Times which then reported that South Korea had been “carrying out covert uranium conversion and enrichment activities and plutonium experiments for more than two decades (emphasis added).” In other words, South Korea has now been working for twenty seven years on projects that could lead to nuclear weaponry. Given South Korea’s far higher technological development than North Korea, South Korea could already have nuclear weapons without acknowledging this to be the case. That same previous post noted the high technological skills of such nations as Taiwan, Japan, etc. and that all of them are under nuclear threat from China as well as North Korea, and I wondered whether such nations also may have nuclear weaponry but are simply not acknowledging that fact. The fourth link (another previous post) reports that global luminary Henry Kissinger warned last year that both South Korea and Japan will get nuclear weapons if North Korea is allowed to retain its nukes, so my speculation that both nations are working on nuclear weapons technology is hardly unique to me. Indeed, Japan may already have such weapons developed but can claim it does not have nuclear weapons, per se, because their nuclear weapons components are a mere “screwdriver’s turn” from being assembled very quickly if necessary.

The entire world now has much at stake in the Korean Peninsula. If a rogue state like North Korea is allowed to retain nuclear weapons, then it is a foregone conclusion that many nations on the planet will quickly work to build or buy them as well. the Nuclear Non-Proliferation Treaty will be dead if North Korea keeps its nuclear weapons. This means Russia and China should have a high motivation to make sure North Korea is rid of its nukes. If North Korea keeps them, then South Korea, Japan, Taiwan, Singapore and many other nations in Asia will likely obtain them quickly. Does China want that? If North Korea keeps its nukes, there would be every justification for such nations as Germany, Sweden, Poland, Italy, Romania, Turkey, Egypt, etc. to quickly obtain nukes as well. Does Russia want that to happen?

In a related story worth mentioning, the final link describes and shows the helicopter carrier that is in the South Korean navy. However, it also shows an Osprey tilt-rotor, V/STOL aircraft on its flight deck, so this South Korean carrier can handle more than mere helicopters if necessary. A high-tech nation that can build aircraft carriers of any size can almost surely build nuclear weapons as well. We know South Korea can build nuclear reactors. They are building four of them in the UAE (second link).

I wonder how many other nation-to-nation nuclear development and overall defense alliances now exist around the world that have not been reported in the global media. I’ll bet the South Korean-UAE alliance and nuclear development project isn’t the only one. We might all be surprised if we realize what nations were secretly cooperating with each other around the world already on nuclear weapons projects.

The Apostle Paul prophesied in II Timothy 3:1 that “perilous times” would come in the latter days of our age. His prophecy has been abundantly fulfilled in our time. For thorough evidence that we are living in that prophesied time, please read my article, Are We Living in the Biblical Latter Days?