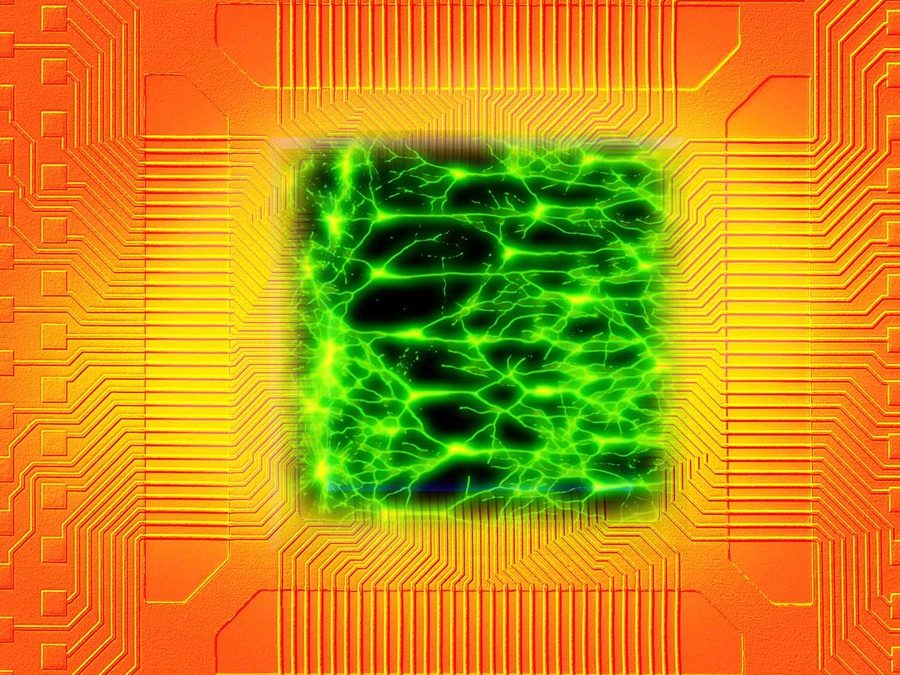 The October 2018 issue of Discover magazine has an article which I found to be both amazing and chilling at the same time. It describes a new cutting-edge technology that can insert “cellular cyborgs” into human bodies. These inserted cyborgs are actually bio-engineered pieces of organic tissue which have had their normal biochemical activity “hijack[ed]” to transform them into “microscopic cyborgs–part living things, part programmable machines.” The stated purpose of this experiment is to create a delivery system for injecting medicines and new health-related technologies into human bodies (which is amazing), but it also made me think of all kinds of nefarious ways in which this new technology could be used (which is chilling). Consider what is now known about this new technology and see if you also share my concerns.

This link states that this new technology has been in a developmental stage for “years” so this has progressed far beyond the conceptual stage. Scientists “have routinely endowed cells with rudimentary computing capabilities…(emphasis added)” according to an MIT source named James Collins (no relation to me). Notice that scientists are now “routinely” able to place computing capabilities inside “human” cellular tissue. The link also discloses scientists do this by “gaining control of cellular behavior” and altering cells in ways that morph them into “circuits that work on computer logic.” The article describes the concept of “logic gates” in normal computers which enable computing functions to be placed in smartphones and enable the internet “to run programs, crunch data and send and receive messages.” The “synthetic biological logic circuits now being developed use specially designed strands of DNA or RNA” to accomplish these same functions inside human bodies. The stated purpose of developing these cyborg tissues is to “add computing capabilities to living cells.” The article adds that “cellular cyborgs with more advanced computing capabilities…aren’t far behind,” and that “it might not be long before people routinely have cellular cyborgs swimming through their veins.” Do you find this comforting? Would you like to have nano-cyborgs which are equipped with an unknown level of intelligent capability and which are “programmed” by strangers inserted into your body?

One source cited in the article states that “You can imagine designing whole organisms to do things that they can’t normally do.” I don’t take much comfort from that assertion. If mankind’s technology has advanced so far that human cellular activity can be hijacked to do things they could not normally do, this means that this technology can be used for good or evil purposes. Will these new nano-cyborgs eventually be placed into human bodies to essentially hijack the body or brain cells of host living humans to “do things that they can’t [or won’t] normally do?” If so, what a new method of behavior modification and mind-control this technology could create!

The Star-Trek TV and movie episodes featured an entire race of organic/machine cyborgs whose normal human or other races’ bodies were forcibly hijacked by injected nanobots guided by evil Artificial Intelligence (AI) programs to control all injected beings to unquestioningly do the will of their masters. They were called the “Borg” and their motto was “Resistance is futile. You will be assimilated.” Let’s consider where this new invasive technology may lead in the decades ahead of us. Will this new technology eventually be forcibly inserted into all human bodies to create cellular/machine capabilities at the nanotechnology level eventually turning mankind into something like ….the Borg? How would advanced nano-cyborgs be delivered into every human’s body? Since they are designed to swim in your veins, direct injection into your blood-stream would be a top delivery method, I’m sure. To deliver cyborg technologies into an unsuspecting or unwilling population, surreptitiously placing them in “required” vaccines and inoculations would also be very effective. You may be able to think of other delivery mechanisms as well. Will this technology advance to the point that the implanted living/machine cyborgs inserted into human beings can be controlled and activated digitally via wireless technology? This would certainly be a way to hijack living creatures (including human beings) to make them do things they wouldn’t ordinarily do.

This cyborg technology is one more example of the fulfillment of the prophecy in Daniel 12:1-4 that in the end-time of our age, mankind would experience a knowledge explosion; so great that its extent could not be grasped or understood until the very end-time when the knowledge explosion occurred. We are living in those times. Jesus Christ prophesied in Matthew 24:37 that the latter days of our age would be a mirror image of the pre-Flood society of Noah’s time before the Flood. Combining Daniel 12 and Matthew 24:37’s prophecy indicates the pre-Flood world of Noah had to be a high-tech society like our own. While not a current canonized biblical book, Jasher used to be known to and cited by Old Testament writers (Joshua 10:13, II Samuel 1:1) so it was formerly an accepted source of approved knowledge. Jasher 4:18, writing about the pre-Flood civilization of Noah, states that mankind, then taught “the mixing of animals of one species with the other…all flesh had corrupted its ways upon earth, all men and animals.” You cannot mate animals of diverse species via normal interbreeding. Just as in our time, the pre-Flood world could only have mixed the DNA of species together via advanced knowledge and lab technologies. The pre-Flood world clearly had to have electricity, DNA-splicing and genome-mapping technologies, high-power microscopes and all the modern technologies used in modern times to create “chimera” creatures in laboratories. This further supports the prophecy of Matthew 24:37 that the latter days of our age would mirror the pre-Flood world. Jasher’s statement would require modern high-tech knowledge in order to ever have happened in the pre-Flood world. Personally, I believe that since our modern knowledge explosion is still on-going and increasing, we have not yet caught up to the level of high-tech knowledge that existed in the pre-Flood world.

While this new cyborg technology looks backward into the pre-Flood world for parallel technologies, let us consider where this new bizarre technology might lead in the future. Revelation 13 and 17 foretell that after our current “Babylon the Great” global system collapses, it will be replaced by a new global system referred to as the “beast.” Revelation 13:15-17 prophesies this final beast system will be extremely controlling in its ability to monitor and control global human financial transactions of any consequence. This would only be possible in our digitally-interconnected world. I think it is safe to expect that this same “control freak” mentality will be evidenced in all aspects of human behavior on earth. Do you trust the beast and false prophet/antichrist system at the end of our age to act responsibly with this new invasive technology? If you do, I think we can find some ocean-front property in Nebraska to sell to you.

In conclusion, this creates a very worrisome but possible future scenario an unknown number of years into the future. What if the time comes when a future global governmental system forcibly imposes new behavioral rules on mankind and ensures compliance via injected AI cyborgs placed into your bloodstream? What will your response be when a government agent tells you to “roll up your sleeve and receive the injected AI cyborgs” which will ensure your conformity with the new beast system?  I very much hope and pray that God intervenes and Jesus Christ returns long before that level of technology is “achieved.”