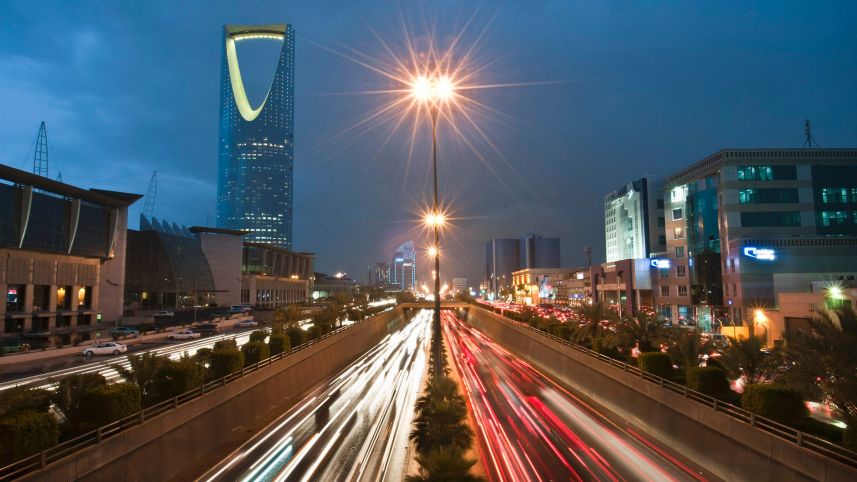 In a development that I have followed for years in this blog, the Saudi Arabian government is steadily moving into a state of alliance with the Israelis due to their mutually being increasingly threatened by Iran. Another event has occurred which indicates that this alliance is continuing to develop openly. If it is developing openly, as the first link and second link indicate, one can only imagine how closely the cooperation is behind closed doors as they prepare to counter a militarily aggressive Iran in the Mideast.

In the first link, a prominent Saudi has called for “closer economic ties between Israel and Saudi Arabia,” and for Israel and the Saudis “to form a collaborative alliance…in the interest of the greater Mideast (emphasis added).” A reference to the need for a closer Israeli-Saudi alliance “in the interest of the greater Mideast” is an oblique but clear reference to the threat posed by Iran and its armed proxies in the “greater Mideast.” This refers to the need for possible joint military action vs. Iran in any future Mideast war. The reference to closer economic cooperation in the link also mentions Israel’s new pioneering technology to desalinate salt water to make this technology a more economic way to provide fresh water to arid nations. The Saudis could greatly benefit from this Israeli technology.

The third link, from the mainstream media, reports that the danger of a Saudi-Iranian military clash is growing. It lists several reasons for this state of affairs, and one is the uncertainties of American policies in the region. The Saudis are located much closer to Iran than the Israelis, and if relations continue to deteriorate between Iran and the Saudis, the Saudis may need an alliance with Israel sooner rather than later. In any such alliance, I expect Jordan, Egypt and other Sunni nations to be part of any Saudi-Israeli alliance. The second link also comments on the Saudis’ “burgeoning ties with Israel,” and specifically cites the threat from Iran as driving Saudi Arabia and Israel together into an alliance to confront the Iranians. Long-time readers of my blog know that I have been following this development and have been predicting closer cooperation between Israel and Saudi Arabia for years. This is continuing to happen and, given growing Iranian militarism, I expect Israeli-Saudi ties to draw closer still in the future.

As a sidebar to this story, I’ll offer a few comments on the onset of the allied effort to retake the northern Iraqi city of Mosul from ISIS as this battle has the potential to escalate quickly into a larger war between Sunnis (allied with the Saudis) and Shiites (allied with Iran). The forces seeking to take Mosul from ISIS include the Shiite forces of the Iraqi central government and whatever Iranian support troops they have with them, the northern Kurdish Peshmerga who are Sunni and have been the best fighters against ISIS to date, Sunni tribesmen and US and allied air forces. However, the cooperation between these groups is tenuous. The fourth link is a BBC video report from the battle scene where the BBC correspondent is embedded with Kurdish military forces. The report is a good one, but please listen for the statement that “what they [the Kurds] have captured, they intend to keep.” Herein lies the rub. The Kurds are trying to seize as much territory in northern Iraq as possible to include in a new Sunni Kurdish nation that will eventually secede from Shiite Iraq. Shiite Iraq does not want them to form a nation of their own. There is another wild card in this military situation around Mosul. The fifth link relates a fact that few media have reported. The Turkish military (a NATO nation) has sent part of its army to take control of a portion of northern Iraq just north of Mosul, and the link infers a good relationship between the Kurdish and Turkish forces inside northern Iraq. This is most intriguing as the Turks and the PKK Kurds have waged a low-level but prolonged war inside Turkey. Why would the Kurds and Turks inside northern Iraq be making common cause? It is because they are both Sunni Muslims, and they do not trust the Shiite central government of Iraq which is little more than a puppet for the Shiite Iranians. We can be sure that the Sunni nations of Jordan and Saudi Arabia are watching this battle very closely as are the Shiite allies of Hezbollah, the Syrian government forces and their allies, the Russians. The “allies” fighting around Mosul could end up fighting each other, divided along sectarian Sunni vs. Shiite lines. The fifth link reports that Iraq has ordered the Sunni Turks out of Iraqi territory and Turkey has refused to pull its forces back. The Shiite Iraqis have threatened to attack the Sunni Turks if they do not leave. If the Iraqis do attack the Sunni Turks, it will likely draw in a variety of Sunni and Shiite nations and proxy forces into a wider war, and since Turkey is a NATO nation, it could result in air battles between American warplanes backing the Sunnis and Russians warplanes backing the Shiites. The danger of a wider war breaking out in the Mosul region is very real.

Another comment on the Mosul battle. The Kurdish forces, who have been tried and true in the battles vs. ISIS have captured a reported ten villages on the eastern side of Mosul already. I’m not aware of any reports that the army of Iraq has done much of anything. Remember it is the Iraqi army that threw away their weapons and fled Mosul–allowing a much smaller force from ISIS to capture the city and seize all the armament abandoned by the cowardly Iraqi retreat. I think it is possible that Iran may have contingents of its Revolutionary Guard (which is fighting in Syria) in the rear ranks of the Iraqi army with orders to kill any Iraqi army deserters or any who flee and retreat without Iranian consent. I may be wrong, but that is what I think is likely to prevent another mass flight by the risk-averse Iraqi army.

A last comment on the Mideast wars raging in Syria and Iraq. It seems the only realistic way to find a diplomatic resolution for these wars is to re-draw the lines of the Mideast nations to recognize the ethnic and sectarian realities in the region. Just as Yugoslavia was torn apart by civil wars and ethnic cleansing and found peace after several nations emerged from within its former territory, I think the same thing has to happen in Syria and Iraq or this war will not end for a long time. Iraq needs to be partitioned with a Shiite-dominated Iraq with Baghdad as its capital, a Kurdish (Sunni) nation it the northern part of Iraq and the eastern part of Syria, and a Sunni-dominated region in the tribal regions of western Iraq, perhaps as a protectorate of Jordan and Saudi Arabia. Syria needs partitioning badly with Assad allowed to be the leader of a Western Syria dominated by the Shiite allies and with Russian bases remaining in his zone, and a new Sunni region in east Syria that is not ruled by Assad. Perhaps Turkey can be given a slice of northern Iraq and/or Syria to make it consent to the deal as well. If the Sunni Kurds and Sunni Turks could find common cause in redrawing the map in northern Syria and Iraq, it will go a long way toward finding a peaceful way out of the horrific quagmire that now exists in Iraq and Syria.

Given the major traumas in the Mideast, it is very possible for the region to experience a wider war. Russia is determined to keep Assad in power in Syria and the USA, Saudi Arabia, Turkey and others seem determined to remove him from power. Many nations want to annihilate ISIS and the current battle for Mosul is just one battle in a Mideast that is aflame all across Syria and Iraq. The map of the Mideast will almost surely be redrawn before peace can return to the region–if it ever does. Ezekiel 38-39 reveal the nations that will be part of the prophesied Gog-Magog alliance that will exist in the latter days of our age, and Russia, China and Iran are all main players in that alliance. I do not claim foreknowledge of how the Mideast map will be redrawn, but I’m sure that a Divine Hand will guide the outcome of events so the nations will align exactly as prophesied in Ezekiel 38-39 for their eventual, latter day confrontation in an age-ending World War III. For more on the details of that prophecy (and how it parallels other latter-day biblical prophesies), please read my article, What Ezekiel 38-39 Reveal about a Future World War III.

My thanks to a reader for sending me one of the links.