Saudi Prince: Saudis Should Back Israelis Vs. Palestinians 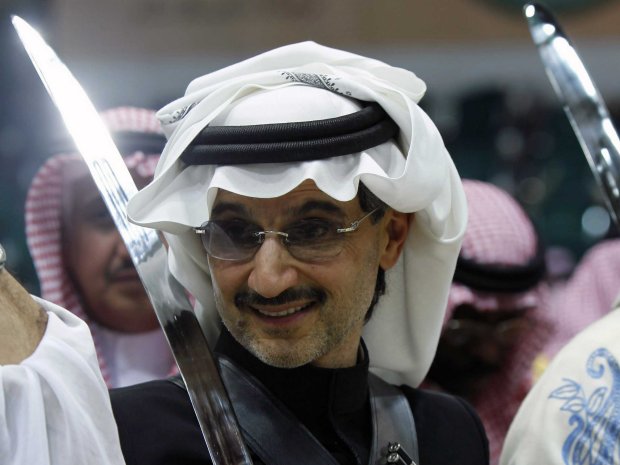 This development would have been impossible for anyone to believe just a few years ago, but it has happened. A Saudi prince has openly stated, as reported by a Muslim media website, that in any new Israeli-Palestinian intifada, the Saudis should “side with the Jewish nation” (first link). Indeed, he went even further. The first link reports that he stated the threat from Iran is now so great that it poses a “life or death [issue] for the Kingdom of Saudi Arabia,” and that “Saudi Arabia and Israel must bolster their relations and form a untied front to stymie Tehran’s ambitious agenda.” Since these words were spoken by a Saudi prince, I doubt he would have said those words unless he had backing for them within the Saudi government.

The link also discusses a possibility that Saudi Arabia may need to annex Bahrain to make sure it stays in the pro-Saudi orbit. The Saudis sent troops into Bahrain in 2011 to make sure a pro-Saudi, Sunni government stayed in power there against the pressures of a restive pro-Iranian segment of its Shiite civilian population. To further affirm the warlike intentions of Iran in the Mideast, a high-ranking member of its Revolutionary Guard says Iran is intervening in Syria to oppose both the USA and the Israelis (second link). The pro-Iranian nuclear deal that was negotiated by the Obama administration makes even less sense as time goes by as Iran continues its warlike actions toward both the USA and Israel.

The Saudi kingdom increasingly does face an existential threat from Iran. Iran has been trying to hem in the Saudis on all sides. Iran would love to have Bahrain become an Iranian vassal state, and Iran has been trying to turn Yemen into an Iranian-aligned nation (but the Saudis have been fighting back against the Iranian-backed Houthis to stop that from happening). Iran is part of the effort to keep the Assad-led regime of Syria in the Iranian/Shiite camp, and it has made Hezbollah into an Iranian proxy force–which fights for Assad in Syria. I believe Iran also sought to destabilize a key Saudi ally, Egypt, by backing the take-over of that nation by the radical Muslim Brotherhood, but that plan was thwarted when current Egyptian President al-Sisi wisely overthrew the Muslim Brotherhood’s leader and reasserted Sunni leadership over Egypt.

Given that the Obama administration is displaying a pro-Iranian bias in the Mideast via its capitulation to Iran in the nuclear deal, its inviting Iran to come to talks about Syria and by Obama having an Iranian-born top foreign policy adviser in the White House, Saudi Arabia has every right to doubt US reliability as an ally as long as Obama is in office. That is why it badly needs a strong ally against Iran. The obvious choice, as I’ve written in a variety of posts over the years, is the Jewish nation of Israel. Since Iran has threatened to “wipe Israel off the map,” there is no question that Israel would be a very reliable ally against Iran in a Mideast alliance that included the Saudis and other Sunni nations.

A Saudi prince now openly sees that fact as well, and a Muslim media website is reporting it openly for all Muslims to see. Major changes are in the process of occurring in the Mideast. If the manpower and considerable conventional weaponry of the Sunni nations are allied to the technological wizardry, conventional military power and the generally-acknowledged nuclear weaponry of the Israelis, they will be a very formidable alliance against Iran and its Shiite allies.