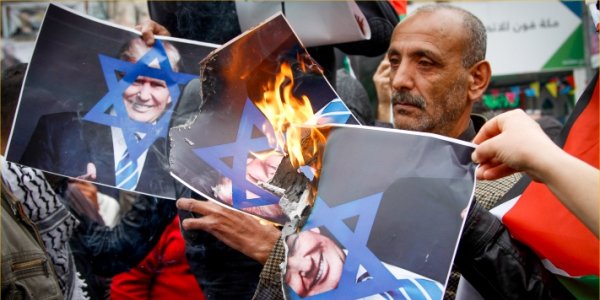 In an action that would have been unthinkable not many years ago, the head of the Middle East center for Strategic and Legal Studies, based in Jeddah, Saudi Arabia, made a positive statement about Israel that affirms how rapidly the geopolitical alliances are changing in the Mideast. He reacted positively to US President Trump’s decision to recognize Jerusalem as the capital of the Israeli nation. He also acknowledged that Jerusalem is as important to the Jews as Mecca and Medina are to Muslims. He went so far to add that this action will actually help the Mideast peace process forward (see two links below).

I do not see this incredible development being reported on major US media platforms (probably because to do so would put Trump in a very favorable light), but it is truly noteworthy. Obviously, this prominent Saudi person would not have dared to speak so favorably toward the Israelis unless his remarks were previously approved by the current Saudi government. This is the same Saudi government which not long ago locked up Saudi princes, billionaires and other prominent government officials in a luxury hotel to have them investigated for corruption and (almost certainly) to make sure they support the new policy directives of the new Saudi leaders. This confirms that the Saudi government will crack down very hard and quickly on those who oppose the new Saudi leadership. This makes it self-evident, in my view, that this prominent scholar/official would not have made so strong a public pro-Israeli and pro-Trump statement unless his comments had already been vetted and approved by the Saudi government.

This confirms how swiftly the new Saudi ruler is moving to cement ties to the Israelis and to President Trump in order to create a unified front against Iran. This public pro-Israeli statement was likely intended to inform the “Arab Street” that a new stance is essential to ensure the survival of Saudi Arabia in its struggle against Iranian domination of the Mideast and the greater Muslim world. This blog has been, for years, informing readers about the inevitability of an Israeli-Muslim alliance vs. Iran, and this is now becoming an increasingly publicly-confirmed fact. It makes sense. The Sunni Muslims and the Israelis both need each other in order to oppose the militarism of Iran and to work together against Iran’s many proxies in the region. This kind of prominent Saudi statement is also a signal to other Sunni Muslim nations that they should re-orient their stances toward Israel to align their policies with the new Saudi positions.

This is a very important development in Mideast geopolitics as it reveals to us that a new anti-Iranian alliance is growing in the Mideast. It may become an open alliance in the future–a kind of Mideast equivalent to NATO. I applaud this development.