SAUDI ARABIA TO ABANDON US DOLLAR IN OIL SALES; SWITCH TO CHINESE YUAN? 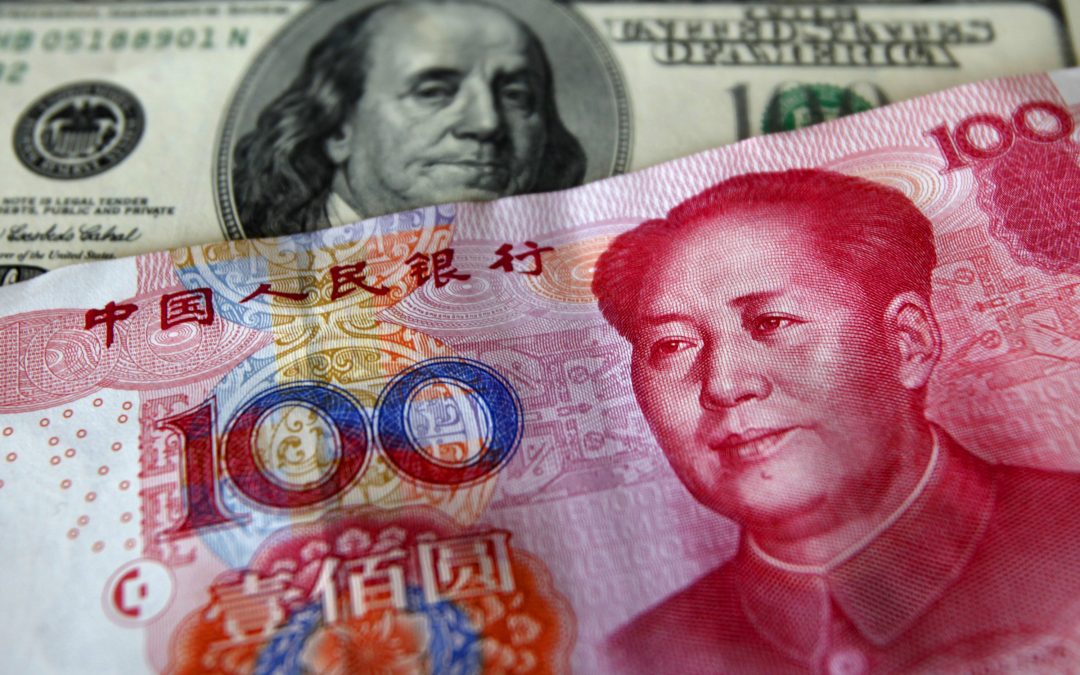 Saudi Arabia is reportedly almost ready to price a significant share of its oil exports in the currency of China, abandoning the US dollar in all contracts so priced. The three links below (1, 2, 3) all offer varying perspectives on this possibility. I don’t think the Saudis are bluffing. From their point of view, the US government has become unstable and hostile. Under President Trump, the Saudis and Sunni Arab nations enjoyed outstanding relationships with the USA, giving birth to the “Abraham Accords” in which Israel and Sunni nations normalized diplomatic relations openly or informally. Since Joe Biden entered the White House, those relationships have tanked. I think the “last straw” in this estrangement, from the Saudi viewpoint, is Biden’s abandonment of America’s traditional Sunni Arab allies and Biden’s open favoring of the USA’s traditional enemy–Shiite Iran. It is incomprehensible to me why Biden’s foreign policy favors America’s Mideast enemy and turns a cold shoulder to America’s friends in the Mideast. The cost to America due to Biden’s strange policies may become immense.

My previous post was also on the apparent efforts of the Biden administration to favor Iran in the renewed nuclear talks being held with Iran and a grouping of other nations. As of this writing, that nuclear deal is not yet finalized. When and if it is finalized, this international agreement needs to be sent to the US Senate for treaty ratification. Under the US Constitution, agreements with foreign nations are treaties and need to be ratified by the Senate to take effect. If Biden balks at this Constitutional requirement, the Senate should insist that its Constitutional privilege be respected. Indeed, the Senate could ratify or refuse to ratify any new nuclear deal with Iran whether Biden submits it to the Senate or not.

The links below hint at the damage that could be done to the US dollar and US economy if the Saudis and other oil producers require oil contracts to be priced in Chinese Yuan instead of US dollars. If the UAE, Kuwait and other Sunni oil producers abandon the US dollar in oil contracts, the reign of the US dollar as the world’s global reserve currency will begin to end. The dominance of the global economy by the USA will also begin to end. The second link includes a reference to a report on this topic written by a former Federal Reserve Board staffer. That staffer predicts an end to the global dominance of the US dollar and the emergence of a new “Bretton Woods III [financial system] backed by outside money (gold bullion and other commodities).” The “other commodities” would surely include silver, palladium, platinum and perhaps crude oil and base metals as well. It is worth noting that, together, Saudi Arabia, its Sunni allies and Russia control much of the world’s oil exports. Russia dominates the palladium markets. As Biden’s administration continues to alienate the Saudis and other Sunni OPEC members, the likelihood grows of a major switch in oil contracts being priced in Chinese Yuan instead of US Dollars.

If such a pricing switch happens, it will trigger increased confusion in many other types of global markets, complicate supply-chain issues, world banking transactions, etc. A drop in the US dollar’s value would be certain, and the drop could be precipitous. The days of the US government creating endless dollars “out of thin air” would also come to an end.

Over the years, I’ve warned that the prophecy in Revelation 17-18 would eventually be fulfilled in our modern time. That prophecy foretells that the world’s global system of finance, banking, currency transactions, commerce, etc.), called “Babylon the Great,” will experience a sudden collapse. Revelation 18:10, 17 and 19 all prophecy the collapse will occur within “one hour.” This was never possible until the world entered the digital age where all global markets are interlocked and interdependent in real time. A “flash crash” in one part of the global marketplace could trigger related crashes in other global markets and cause the collapse of all fiat currencies. Revelation 18:11-14 indicates that when this crash occurs, the merchants of the earth will have numerous goods and services to sell, but no one can buy anything. This sounds like a collapse in the value of money itself, because no one will know what the fiat currencies are worth or whether they are worth anything at all. There are various internet reports that a “Global Currency Re-Set” is imminent. We do not know what the trigger will be that upends the current US Dollar-based financial system, but that time is coming. When the collapse of the global financial/political system occurs, it will not entirely be by accident. Revelation 17:7-18 prophesies that a cryptic alliance of “seven heads and ten horns” on the global scene will act in concert to tear down the current system deliberately. Revelation 17’s prophecy also prophesies the current global system will be replaced by a new “beast” system, and Revelation 13:1-5 specifically states that the reign of this new system will be limited to 42 months and that it will implement a new global currency which will be mandatory (Revelation 13:16-18). To have a global system activated by bio metric identifications in one’s hands or face (as Revelation 13:16 infers), it has to be universally digital in nature. It can now be seen that biblical prophecy could not possibly have been literally fulfilled until the digital era arrived on a global scale. That has now happened so these prophecies could now be fulfilled at any time.

I urge readers (if they have not done so) to review my article, Are We Living in the Biblical Latter Days?, to see the copious evidence that we are living in the prophesied end-time of this current age. To see why the Bible calls the current global financial system “Babylon the Great,” please read my article, The Babylonian Origin of the Modern Banking System, and, to understand more about what biblical prophecies reveal about the future fall of our current global financial/political system, I invite you to read my article, Is Babylon the Great about to Fall?…Ushering in a Global “Beast” System?

If President Biden had any sense, he would end his dalliance with our enemy, Iran, and restore good ties with Saudi Arabia and the oil-exporting Sunni nations. If he continues to provoke Saudi Arabia and motivates the Saudis to dump the US Dollar in oil contracts and switch to the Chinese currency, he could unleash a wave of traumas in the global financial markets that brings the entire system down. Keep in mind I’m not predicting that such a Saudi action would, all by itself, cause these prophecies to be fulfilled, but as indicated in the links below, such an action could signal the end of the US dollar’s reign in global finance and commerce. Biden likely cannot comprehend it, but his upside-down foreign policy is “playing with fire” because it could upend global financial markets as well as international alliances.