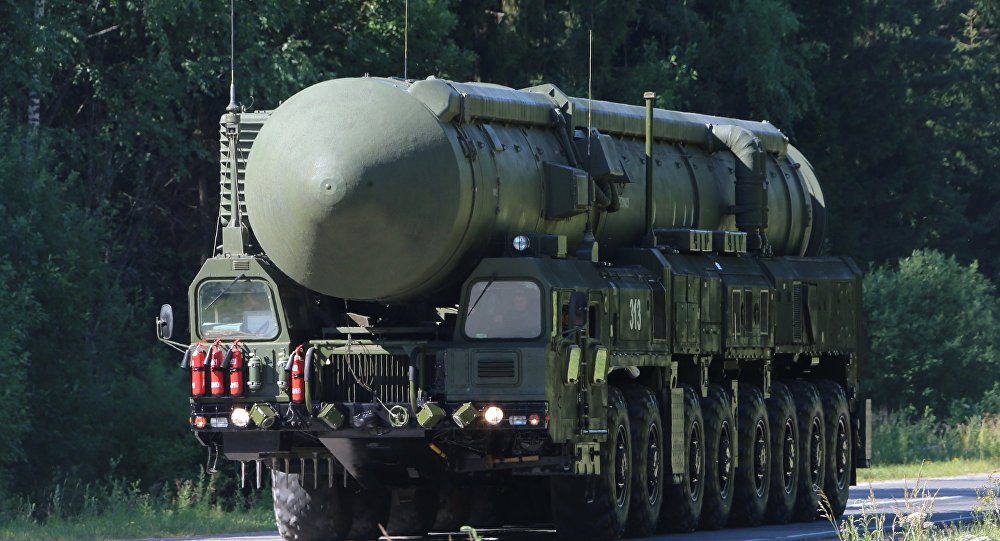 Although few Americans are aware of it, both Russia and China are racing to deploy new ballistic missiles or nuclear-weapon delivery systems that can defeat any US missile defense system. Russia is close to deploying its new RS-26 ballistic missile and China reportedly has an accelerated development program to deploy its new hypersonic weapon delivery program called the WU-14.

In recent reports, the Russian RS-26 is describe as a new super-missile with capabilities not previously possessed by any ballistic missile. It can fly as a ballistic missile for most of its trajectory, but then it can dive to a low altitude and approach its intended target(s) with the flight profile of a cruise missile (first link, second link and third link). Because it is launched from a mobile missile launcher that can regularly be moved around to new locations, it is very hard to target and destroy. Reportedly, Russia developed this new missile without even China being aware of it.

China has rapidly been developing its new WU-14 hypersonic vehicles which can deliver nuclear weapons to a target via such a high rate of speed that no missile defense system can intercept it. The fourth link and fifth link discuss this new Chinese weapon system. Note these two links are from 2014 and 2015 so the development of China’s new weapon system is now further advanced than stated in either of these links. While Russia, the USA and India are also reportedly working on hypersonic weapon-delivery vehicles, it seems China is going to be the first to deploy such a weapon system. The Chinese hypersonic vehicle is reported to be capable of speeds of Mach 5 to Mach 10. The US hypersonic vehicle is apparently planned for a Mach 6 speed according to a report in these links.

Allow me to express some personal frustration with the complacency that the US government seems to have toward these rapidly-developing threats to US national security. As Russia, China, Iran and North Korea develop new weaponry with which to successfully attack the USA, is Obama instituting a crash program to upgrade the US weaponry? Hardly. Obama’s interest is in downsizing the US military and making the US military weaker. The last link documents the dramatic reduction of the US Army and US Navy strength under President Obama. I think it is clear Obama’s policies are steadily making the USA more vulnerable to attack by its enemies.

Biblically, this all fits the prophecy of Ezekiel 38-39 which foretells that at the end of our “latter day” period of time an alliance of Russia, China, Iran and its allies will attack the USA, NATO and all modern nations descended from the ancient ten tribes of Israel as well as their global allies. In order for this to happen, it is logical that the “Gog-Magog” nations would now be steadily strengthening their military power and the USA and its allies would be steadily weakening their military power. That is exactly what is happening. However, the prophecy in Ezekiel 38-39 does offer hope. It foretells that God will at some point intervene in behalf of the modern nations of the ten tribes of Israel and crush the invading forces. Indeed, the death rate suffered by the Gog-Magog nations in this age-ending war will be 5/6ths of their numbers (an 83.3% death rate). There are prophesied to be so many dead bodies at the end of this war that it will take the survivors many months to remove and bury all the bones of the dead attackers. The language of Ezekiel 39:4, 17-21 strikingly parallels the prophecy of Revelation 19:17-18, confirming that both prophecies are describing the same Divine intervention in the age-ending war that will climax with the return of the Messiah, Jesus Christ, and the beginning of his reign. These links confirm the trends are in place for the eventual fulfillment of Ezekiel 38-39’s prophecy. I truly wish I had better news to report, but the truth must be told.

Further information about these topics can be obtained in my free articles, What Ezekiel 38-39 Reveal about a Future World War III, and The USA in Bible Prophecy.