Russian Bombers Now Based in Iran 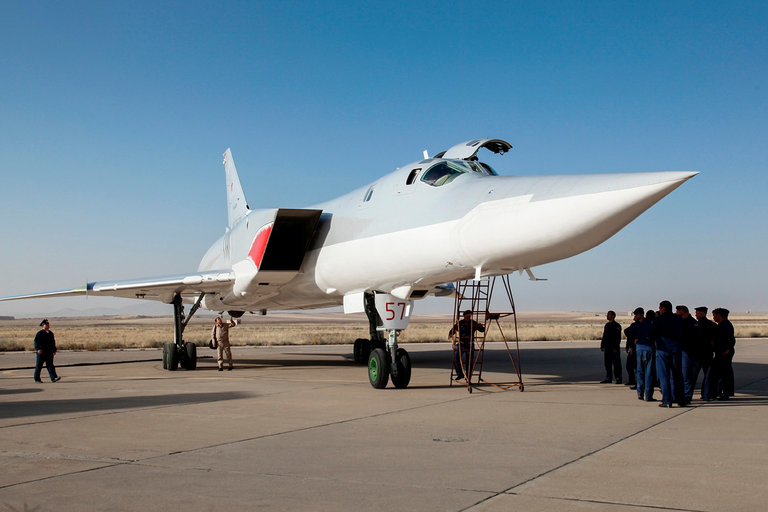 World media have reported that Russia is now launching bombing strikes against ISIS and also against various rebel forces inside Syria who oppose Syrian President Assad. What is significant is that Russia is now operating its long-range, heavy bombers from air bases inside Iran. This has not been done before. These links offer details about the new Russian bombing strikes. The first link concludes with the important point that the basing of Russian bombers in Iran means that Russia is widening its presence throughout the Mideast and that it intends to stay in the region “for the long haul.” The first link also notes that the Russian bombing strikes have already included at least a second round of strikes so Russian bombers can be expected to launch additional bombing runs as well.

The Obama administration has raised some diplomatic objections to Russia basing its bombers inside Iran, based on an interpretation of a UN resolution. I think such a weak American objection will have no affect whatsoever on Russia’s actions.

Russia now has operational Russian bases inside both Syria and Iran in the Mideast. As the US gradually withdraws its forces from the region, Russia is clearly determined to fill the void with its military forces. The basing of Russian warplanes inside Iran is worth pointing out, as it is entirely consistent with Ezekiel 38’s prophecy concerning the Gog-Magog alliance of the latter days. Ezekiel 38:5 foretold “Persia” (“Iran” in modern terms) would be a key part of the Gog-Magog alliance. Readers of this blog know that I have long made that connection, but the basing of Russian heavy bomber forces inside Iran indicates that this alliance has now become much closer. It also gives us a warning for the future. The basing of Russian bombers inside Iran may be just the beginning. More Russian military forces may follow them later. Also, those Russian heavy bombers based in Iran can surely reach targets located in Israel, Egypt, Saudi Arabia, India and many other nations. I don’t expect any Russian strikes against those nations anytime soon, but the projection of more Russian “hard power” into the Mideast will also increase its “soft power” with all nations throughout the Mideast and Central Asia.