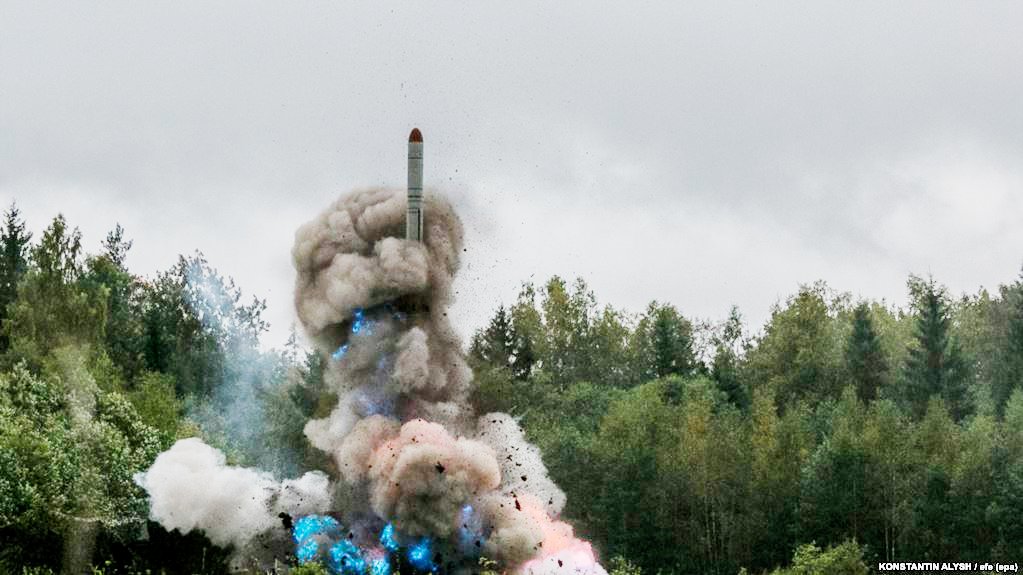 In previous posts, I have noted that Russia has a sovereign enclave on the Baltic Sea which is surrounded by Lithuania and Poland. It is called Kaliningrad, and I’d bet few Americans could find it on a map. [I’m old enough to recall when American schools taught geography]. It is in a very important geographical position because it is a Russian territorial enclave that is embedded within the territory of NATO’s alliance. From locations within Kaliningrad, Russia can fire missiles at a number of NATO nations and take out many NATO military targets as well as major European cities.

The first link and second link are reporting that Russia may be preparing to send more of its very sophisticated Iskander missiles to be based in Kaliningrad. This “trial balloon” was raised by a retired Russian general who heads the Defense Committee in one of the houses of Russia’s parliament. I’m sure that he would not have made such a statement unless it was “officially” approved. The first link reports that the Iskander missile has a 500 kilometer range, and that it is nuclear-capable. Russia asserts that it may do this due to the deployment of American/NATO forces within Poland. The number of American troops sent to Poland is not clear, but it would seem to be in the range of a few thousand troops, and their numbers were reinforced due to Russia’s recent massive military exercise on NATO’s eastern borders. This constitutes no military threat to Russia as NATO will not be invading Russia with a few thousands troops. It sounds like Russia wants an excuse to send more Iskander missiles to Kaliningrad. Personally, I think NATO is well within its rights to position troops as it wishes within the borders of the NATO alliance.

Expect that these developments will increase tensions along NATO’s border with Russia and Belarus (a close Russian ally). It is not hard to see how conflicting views exist and are hardening on both sides. NATO is positioning more troops along its eastern region due to Russia’s simmering war against the Ukraine and due to Russia’s annexation of the Crimea from the Ukraine–both are militarily aggressive actions. Russia feels that the West “stole” the Ukraine from the Russian alliance when pro-Western Ukrainians (likely aided by western intelligence agencies) overthrew an elected Ukrainian government that was pro-Russian. Russia also believes that in taking the Crimea for itself, it was simply taking back a region that historically belonged to Russia. I believe Russia would assert that the Crimean region was made a “part of the Ukraine” during the Soviet period merely as an administrative convenience as Russia never dreamed the Soviet Union would fall and that the Ukraine would ever become hostile to Russia. If the Ukraine ever applies for NATO membership, expect tensions between NATO and Russia to skyrocket. Moscow is within about 350 miles from the Ukrainian border. NATO could theoretically station missiles that close to Russia’s capital city if the Ukraine were to join NATO. How would we Americans feel if Russia could station missiles that close to Washington, DC? You can see why Russia could view this as an existential threat.

Unfortunately, while there may be thaws along the way in future years, tensions between the Russian-led bloc and the Western-bloc will only get worse in time. It will eventually reach the point where Russia and its allies, China, Iran and others, will launch a surprise all-out attack upon the USA, NATO nations and their worldwide allies. How can I say this with confidence? The Bible contains a prophecy in Ezekiel 38-39 that foretells that Russia and its allies (Iran is named as “Persia”) will launch an attack against the modern nations of the house of Israel–the modern nations descended primarily from the ancient ten tribes of Israel. When one identifies the modern nations via their ancient names, it is clear that the western nations led by the USA constitute “Israel” in biblical terminology. “Judah” is a biblical term for the Jews–the tribe of Judah. When the Bible offers a prophecy about the Jews, it calls them “Judah”–as in Zechariah 12 and 14. “Judah” is not mentioned in Ezekiel 38-39. Zechariah 14 is a latter-day prophecy for the Jews/Israelis. Ezekiel 38-39 pertains to the ten tribes of Israel in the latter days. If you live long enough, you will see these prophecies fulfilled.

To review in-depth support for the above biblical assertions, please read my articles, Are We Living in the Biblical Latter Days?, The USA in Bible Prophecy, and What Ezekiel 38-39 Reveals about a Future World War III.