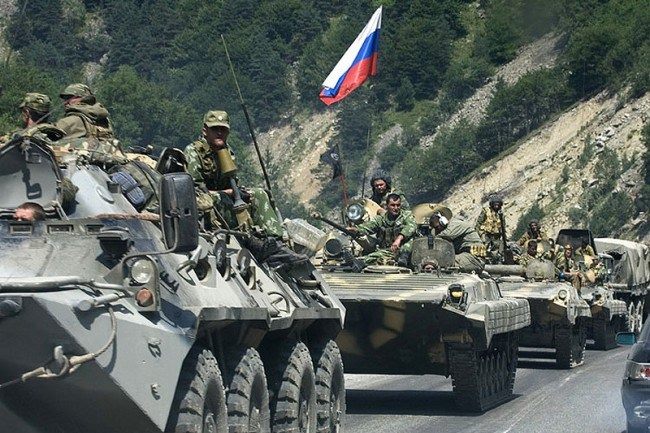 As the continuing tragedy inside the former nation of Syria continues, it appears the level of violence is about to ratchet upward again. Recent months have seen the various Syrian rebel groups make advances against the Assad central government forces, and it seemed the Assad government might collapse. However, Russia is taking steps to ensure that does not happen. Rather than work through surrogates, Russia is going to send its own army forces into Syria to bolster Assad’s military forces (first link and second link).

The first link asserts that this Russian reinforcement of Assad’s forces was coordinated with the Iranians and, surprisingly, the Obama government. One would not ordinarily expect an American president to side with the Russian-Iranian alliance in a military action, but Obama is apparently doing so. It also reports that Russia is sending fighter jets, large numbers of anti-tank weapons, and that large numbers of Russian troops are already in Syria–preparing the logistical support for many more Russian troops to follow soon. The second link adds that Russian air force pilots will soon be flying combat missions in support of the Assad government forces, which likely indicates the quality of Assad’s military forces’ performance in combat will improve as soon as Russia takes a direct hand in the fighting. The second link also mentions that Russian pilots will be flying attack helicopter missions in support of Assad’s government forces.

Russia is denying these reports, but, of course, Russia is still denying it has any combat forces in the Eastern Ukraine the last I knew. If that is the case, why was the BBC able to report that ten Russian soldiers were captured inside the Ukraine by Ukrainian military forces (third link)? Their presence there was an “accident” I guess. Well, the Russian presence inside Syria will be no accident.

The Assad government may be about to receive another infusion of help…from the Obama administration. If the Iranian nuclear deal negotiated by the Obama administration and other western powers is implemented and Iran’s mega-billions of impounded monies in foreign accounts are released back to Iran, Iran will have an infusion of funds to buy large quantities of weaponry for both itself and for its Syrian and Hezbollah clients. Lots of Iranian-bought weaponry could also flow to the Houthi rebels in Yemen, but Saudi Arabia and Egypt seem to have effectively closed off routes of resupply for Iranian weaponry to reach the Houthis. Much of this weaponry will be bought from Russian companies, so the Obama’s nuclear deal with Iran that ends the sanctions will be a huge boost to Russia as well.

It is not surprising to me that Russia would directly intervene to keep the Assad regime in power as Russia wants to make sure it retains naval access to Syrian ports for its naval fleet. What does surprise me is how overtly the Obama administration is taking actions to help the Russians and Iranians. Ezekiel 38-39 prophesies the Russians, Chinese, and Iranians will be major allies in the latter days in a “Gog-Magog” alliance which will eventually attack the USA, NATO, the West and all their global allies at the very end of our age. The Obama administration’s actions are strengthening the nations who will be the future enemies of the USA, according to the Ezekiel 38 prophecy. My books clearly identify the USA, many European and other western nations as the prophesied “house of Israel” in the Ezekiel 38-39 prophecy. Readers may also review my article, The USA in Bible Prophecy, for some of the basic evidence to support that conclusion. Other modern Asian nations are identified in this key latter days’ prophecy. For detailed information on the entire Ezekiel 38-39 prophecy, I urge you to read my article, What Ezekiel 38-39 Reveals about a Future World War III.