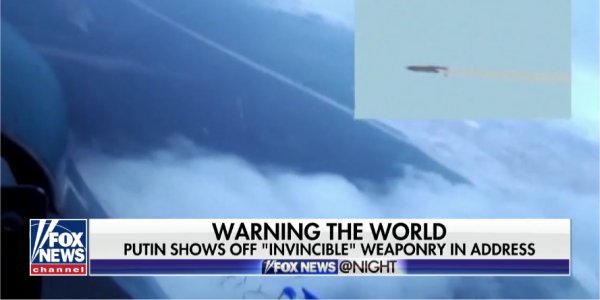 The USA is also developing and deploying new weapons systems for use against enemy forces. The fifth link describes new shipboard laser systems that will be deployed aboard at least one class of US warships that protect and escort US aircraft carriers. As the link details, laser weaponry would essentially have inexhaustible “ammo” for firing at enemy targets while standard defensive missiles and slugs have limited reserves aboard each warship.  Personally, I think many US warships ought to be equipped with laser weapons for fleet defense. The US military has been developing laser weaponry for at least four decades so it would not surprise me if it has laser weapons ready to deploy now that mass funding for such systems is available via the recent spending bill approved by Congress and President Trump that authorizes $300,000,000,000 in additional funds for new and upgraded weaponry for the US military.

Previous posts have discussed the USA’s new space weapons platform, the X-37B. It is an unmanned smaller version of the US Space Shuttle, and previous space deployments confirm it can stay aloft for over a year (sixth link). The US hasn’t revealed what offensive and defensive weapons systems are aboard this space-based weapons system, so that will likely be revealed the first time it is used in combat. I have wondered if it has weapons projectiles that can be fired at targets on the earth’s surface. The X-37B is small so I doubt it can fire a hypersonic warhead. It likely doesn’t have to do so. If it has a guidance system that can direct projectiles to a specific target, the earth’s own gravity will rapidly accelerate any falling projectile to a very high velocity by the time it hits any target on the earth’s surface. Indeed, an X-37B was placed into earth orbit last September by a Space-X rocket launcher (seventh link). I suspect that it was placed into orbit for possible military use if the North Korean crisis requires military action to “denuclearize the Korean Peninsula.” If President Trump has to order a preemptive strike vs North Korean nuclear facilities and missile sites, we may learn just what the X-37B can do.

Another possible secret military technology may be advanced usages of invisibility/cloaking technologies. Years ago, there was a flurry of media stories about the rapid developments in creating invisibility cloaks for soldiers, tanks, planes, etc., but in recent years there has been very little new information released about this cutting-edge, Star Trek-like advancement. My previous posts on this topic can be accessed via my blog archives using the search function. I suspect that global militaries are being tight-lipped about what weapons and personnel they can now deploy in a cloaked manner. The final link lists information documenting that the USA, Canada, the United Kingdom, Russia and China are all working to perfect invisibility technologies for their weaponry and personnel. I have little doubt that such nations as India, Japan, France, Israel and others are doing the same thing.

I also think that some UFO sightings are actually sightings not of alien spacecraft but rather are sightings of secret US military aerial vehicles. Their aerial performance and shapes indicate they can hardly be called warplanes any longer as they obviously are using new propulsion, lift and maneuvering technologies. My guess is that they are harnessing and focusing the electromagnetic energy fields of the earth itself to do the maneuvers they do. DARPA has had decades to develop all sorts of new ultra-advanced technologies with the virtually unlimited resources it has been able to draw upon in black funding authorizations. I think it would amaze us if we could know what new weapons systems now exist that are still secret. At some point in the future, these new weapons systems will be revealed…

Revelation 13 contains a prophecy about the future introduction of the global “beast” system which will eventually replace the current insider/elitist “Babylon the Great” system whose fall is prophesied in Revelation 17-18. Revelation 13:4 states that when this new beast system is unveiled to the world, the nations will say; “Who is like unto the beast? Who is able to make war with him? (emphasis added).” This language clearly indicates that the nations of the world will be awed by the new high-tech weaponry that will be revealed at that time. Perhaps the world will witness previously-unacknowledged aerial war vehicles coming out of their invisibility cloaks like the fictional Klingon warships of Star Trek fame. If you just live long enough, you will be alive to see it happen.

What can be known at this time is that clearly, given Putin’s bellicose statement and challenge to the West, that it is now “game on” for a new Cold War between the Russian/Chinese/Iranian-led forces and those of theAmerican/NATO-led forces and their allies among the Israelis, Indians, Japanese, etc. Once the biblical terms for modern nations are grasped, it is clear that these are the two great alliances prophesied in Ezekiel 38-39 to come into existence in the latter days of our age. That these two great global alliances have come into existence in our time precisely as the Bible prophesied over 2500 years ago is proof that there is a Creator God guiding the destinies of human nations, and that we are living in the prophesied “latter days.”  Biblical prophecies give us the “script” that God is going to use to implement his will for the nations in the years ahead of us. In Isaiah 41:21-26 and 46:9-11, God challenges mankind to watch his ability to fulfill his biblical prophecies as proof of his invisible reality and sovereignty.

If you would like to learn much more about the great war that these two rival modern alliances will fight in the future and how the war will end, please read my article, What Ezekiel 38-39 Reveal about a Future World War III. For proof that we are living in the biblical latter days, please read my article, Are We Living in the Biblical Latter Days?

My thanks to readers for sending me two of these links.