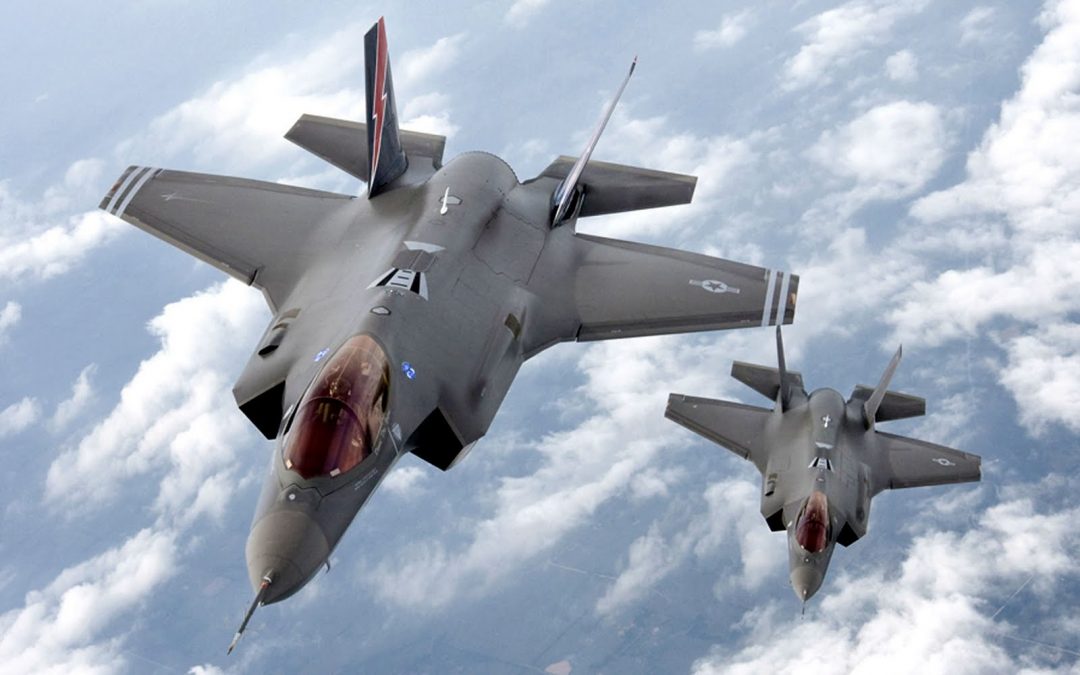 The United States military has been counting on its new F-35 warplane to dominate the skies for years into the future. It has been reported to be the most stealthy fighter jet ever built. However, these links indicate that Russia and China are working to make the F-35, at the very least, obsolescent before it even enters western air services in large numbers.

These links all detail the new high-tech Russian and Chinese drones that are being built to detect the F-35 in spite of its high-tech, stealthy design. The first link reports that the new Chinese military drone is called the “Divine Eagle,” and that it is designed to fly in a “protective electromagnetic sphere” which both deflects missiles fired against it and cloaks it against US and Western radars. The second link offers a second perspective on the Russian drones and the third link likely offers the most in-depth information about the technical aspects of how these new Russian and Chinese drones will operate. I think readers will find some surprises in the technical information about the F-35 and these new drones designed to detect and defeat it.

I find it disturbing that so much US money is being spent on an aircraft which may not live up to its expectations and planned missions. I very much hope the F-35 works well when it is put into large-scale service, but its technical problems and cost overruns have been discouraging. Personally, I think the USA should have kept the F-22 Raptor assembly line open and the USAF should be purchasing more of the F-22s (which we know work and are already in service) and bought fewer of the F-35s (which have not yet been proven to be a reliable warplane).

Russia and China are doing everything they can to tip the balance of military power in their favor vis-à-vis the USA and the West. As readers of this blog know, they are doing so because they intend to, along with Iran and their other allies, launch a surprise attack vs. the USA, the West and their global allies at a future time during our current “latter day” prophetic time period (as Ezekiel 38-30 foretell).

A final thought: As soon as the ill-advised nuclear treaty with Iran gets approved (if it does) and the sanctions vs. Iran get lifted, I wouldn’t be surprised to see both Russia and China quickly ship copies of their new anti-stealth aircraft drones to Iran to help Iran defeat any future Israeli, Saudi or American attacks against Iran’s nuclear-weapons facilities. I’d bet Russia and China are eager to ship copies of these new drones to Iran to see if they can “field-test” them against western aircraft if any nation attacks Iran. This also highlights the fact that if anyone is ever going to attack Iran’s nuclear facilities with a pre-emptive strike, they ought to do it sooner rather than later. As Iran obtains more and better air-defense capabilities from Russia and China, the likelihood of a successful pre-emptive strike being successful gets reduced and the costs associated with any such raid get higher.