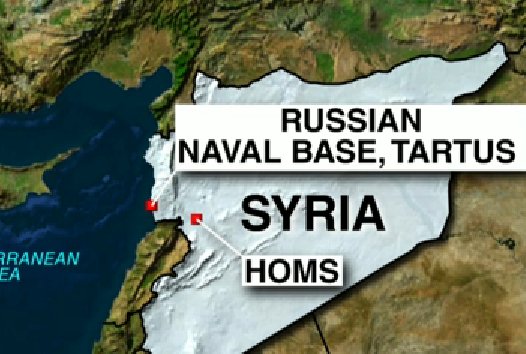 I wanted to post on another topic, but the Mideast currently dominates the world scene. Today, I noticed media reports that Russian warplanes have begun conducting bombing missions in support of Syrian President Assad’s regime (first link). One report on a cable-TV channel mentioned Russia’s first action involved eight warplanes in the airstrike. Having begun a program of air strikes on Assad’s opponents, it is almost a certainty that there will be more such air strikes. A cable-TV program noted that the Pentagon and western military planners were surprised at Russia’s actions. Why would they be surprised? Are they really that obtuse? When Russia sent troops into the Crimea, they “meant business.” When Russia aided the Ukrainian rebels inside the Ukraine, Russia “meant business.” When Russia sent their military forces into Syria, why would anyone be surprised that Russia “meant business?” I wasn’t the least bit surprised at the Russian air strikes. I believed them to be both imminent and inevitable.

The second link reports the fact that the Russia’s first strike was not vs. ISIS; they attacked other Islamic Jihadi groups inside Syria that are opposing the Assad regime and who are geographically closer to Assad’s forces. This is also hardly a surprise. Preserving the pro-Russian Assad regime is a major foreign policy goal of the Russians. Russia will likely eventually strike ISIS too as ISIS is anti-Assad, but Russia’s first priority is to protect Assad from his closest enemies and bolster support for him within Syria. News that Russia is conducting air strikes vs. Syrian rebels will likely rally some public support back toward Assad as everyone wants to “be with the winner” at the end of the Syrian civil war.

The third link speaks volumes. It reports that Russia had prior consultations with the Israelis before conducting Russian air strikes within Syria. The fact that Russia gave prior notice to Israel, but not to the USA, strongly indicates that Putin regards Obama and the USA as currently irrelevant in the Mideast. Putin knows that if unidentified warplanes fly near the Israeli border, they are subject to being shot down by either Israeli warplanes or Israel’s Iron Dome air defense system. Putin does not want his warplanes shot down by the Israelis, and I believe the Israelis have no desire to shoot down Russian warplanes. This Russian-Israeli consultation is wise so Israel, while always being wary, will be able to know which radar blips are Russian planes on assigned missions pre-coordinated with Israeli sources. The fact that Russia took this action with Israel also telegraphs that some future Russian air strikes will be close to the Israeli border against Syrian rebel positions. It has also been reported that Israel periodically conducts air strikes inside Syria, so I assume this coordination of Russian and Israeli air strikes inside Syria works both ways.

What is even more embarrassing to Obama and the USA is that Russia has ordered US warplanes to stay out of Syrian airspace (fourth link). That is a bold ultimatum by Putin to Obama. It may be intended to prevent any inadvertent tangles between US/NATO and Russian warplanes, but it is more likely that it is intended to give Russia a “free hand” over Syrian airspace to hit anti-Assad groups wherever they are. If Obama acquiesces to this Russian demand, the label of “wimp” will attach itself ever-more firmly to Obama and his entire US military leadership. Russia has a right to feel emboldened to give Obama “orders.” Obama set a “red-line” in Syria and backed away from it. Obama surrendered Iraq to rebel groups and facilitated the rise of ISIS by quickly pulling all US troops out of that nation. Obama meekly surrendered all US positions in Yemen to the Houthi rebels rather than fighting them with increased force. Most recently, Obama, Kerry and Co. capitulated to Iran on the nuclear facilities agreement. Why should Putin fear or respect Obama on anything? Also, as my previous post mentioned, Communist Chinese warplanes are due to arrive in Syria soon and they also will be fighting Assad’s enemies. Russia is surely acting in advance to keep Israeli warplanes away from the Chinese warplanes as well.

There is another reason that Putin may have for ignoring or dominating Obama on geopolitical matters. Putin may have Obama “over a barrel” so to speak with information that has not yet been publicized from the trove of NSA secrets that Edward Snowden brought to Russia. It is possible that very embarrassing information about Obama’s past is contained in the information that Snowden brought to Russia and Putin has had his experts glean every bit of it so he can “blackmail” Obama with that information. Putin could threaten to leak more damaging information about Obama to the world media unless Obama does what Putin tells him to do. If this is happening behind the scenes, it would explain why Putin, China and Iran so easily defeat or marginalize Obama at every turn. This possibility has an even more ominous implication. If this is happening on a sub rosa basis, it means that the US will be crippled in all foreign policy matters as long as Barrack Obama is president.

All the news is not bleak, however. The last link reports that the Saudi-led coalition intercepted and seized a fishing vessel which was transporting Iranians and weapons to the Iranian-backed Houthis in Yemen. The Saudis and their allies seem determined to defeat the Houthis and drive them away from positions where they could threaten Red Sea maritime traffic. That one such smuggling vessel was seized indicates that Iran is likely also using many other vessels to smuggle weapons to the Houthis.

The Mideast is getting very dangerous. No matter how evil ISIS and the other Syrian rebel groups are, they are all Sunni Muslims. Will the Sunni nations in the region stand idly by while fellow Sunnis are slaughtered by Russian, Chinese, Syrian and Hezbollah forces (all allied to Shiite Iran)? Will Israel stand by idly if the Syrian civil war escalates rapidly into a great power confrontation? Meanwhile, President Obama and Secretary of State Kerry asserted at the UN meetings that Assad cannot stay in power in Syria. However, I don’t think anyone pays much attention to what Obama and Kerry say any more.

These developments are raising the danger level rapidly in the Mideast. The Gog-Magog alliance of Ezekiel 38 includes Russia, China and Iran as well as their Hezbollah and Syrian government allies. It is becoming much more militarily active in the Mideast even as the USA is becoming a fading power under Obama.