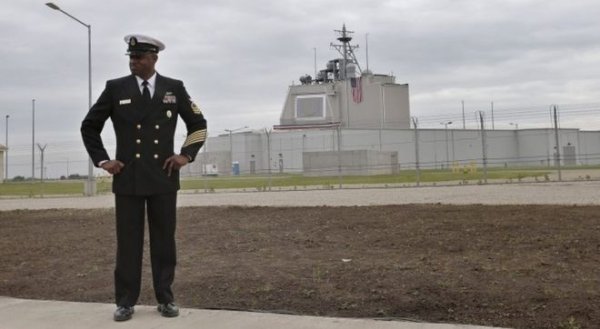 The Brexit vote in the UK wasn’t the only important recent development in Europe. The Brexit vote will resound through the EU’s stability and structure for years, but the Brexit vote had no direct effect on NATO, Europe’s joint defense alliance with the USA and Canada. NATO took a recent action of its own that received minimal publicity here in the USA. Indeed, I saw nothing about it on any American TV channel that I watched. My thanks to a reader for alerting me to this event.

NATO activated an anti-missile base in Romania and decided to deploy four battalions of troops to the Eastern European nations of Poland, Latvia, Lithuania and Estonia as a sign of NATO’s commitment to defend East Europe against any future Russian military threats (first link and second link). The NATO troop deployments to these four Eastern nations will be permanent but will be composed of troops sent to those four nations on a rotating basis from various NATO nations. Another NATO anti-missile base is expected to be operational in Poland in 2018. The number of NATO troops to be deployed eastward is actually small: 4,000-5,000 soldiers. However, the fact that they are being deployed there at all is quite significant as they are intended to be a “trip-wire” force that would result in many more troops being sent eastward if Russia ever engaged that small NATO force in battle. The situation is similar to what the USA faces on the Korean Peninsula. The US forces posted to South Korea are there as a “trip-wire” force which signals that far greater American (and likely Japanese) forces would intervene to assist South Korea if it was ever attacked by North Korea.

The on-going increase in the Russian military, its border war with The Ukraine and its annexation of the Crimea have greatly rattled the nerves of the Eastern NATO nations who have wanted a greater NATO presence in their lands to deter Russian aggression. Indeed, Poland is sufficiently worried about Russian military intentions that its people are now firmly in favor of reinstating military conscription to defend the nation (third link).

Russia is angry about these NATO actions. It sees the NATO anti-missile base in Romania as a threat to Russia even though the missiles to be deployed there are only defensive and cannot shoot down Russian ICBMs (third link). The rationale for the NATO missile base in Romania is that it will be able to shoot down any missiles coming from the Mideast (i.e. Iran). That is a valid enough reason to build such a base, but it is also true that once a missile base is fully operational, it would only take hours or a few days for NATO to swiftly deploy offensive missiles to the NATO base in Romania and aim them at Russia. That is, I believe, Russia’s real fear. In retaliation, Russia is planning to station offensive missiles in its European Kaliningrad enclave located between Poland and Lithuania (fourth link). These Russian missiles would be able to hit targets in the Baltic nations, Poland, Eastern Germany and Sweden. Significantly, Russia’s sovereignty over Kaliningrad already gives it a large forward missile base to use against many NATO targets. In building its own missile bases in Romania and Poland, NATO is evening the odds a bit by creating two forward missile bases of its own closer to Russia.

NATO has greatly weakened its military power since the “end of the Cold War,” and NATO faces the need to beef up its collective military forces to become the serious military alliance it once was. NATO has a goal that each member nation needs to devote 2% of its national GNP to military spending, but only five nations currently meet that goal. Those five nations are the USA, the UK, Poland, Greece and Estonia. The final link gives each NATO nations’ percentage of its GNP that is devoted to military spending. Looking at the chart in that graph confirms that many NATO nations need to significantly boost their military forces if they are going to meet the 2% goal in order for them to “carry their weight” in defending Europe from Russian threats.

Readers of this blog know that Ezekiel 38-39 and other biblical prophecies reveal that at the end of our current age, a great World War III will erupt which will be so dire that, without Divine intervention, “no flesh” would “be saved” (Matthew 24:22). Ezekiel 38-39 state that an alliance led by Russia, China, Iran and other nations will begin this climactic war by launching a surprise attack against the modern alliance led by the ten tribes of “Israel.” This alliance is NATO and its worldwide allies increasingly include Japan, India and other Pacific Rim nations threatened by China’s rising militarism. It is my view that this prophesied, age-ending war is years away and that what we are witnessing now in Eastern Europe are the preliminary steps in the efforts of each alliance to outmaneuver the other; however, I claim no infallibility on the timing of this war. In order to examine how the many biblical prophecies complement each other concerning an age-ending World War III which triggers Divine intervention, please read my free article, What Ezekiel 38-39 Reveal about a Future World War III. The overwhelming evidence that many NATO nations are the modern descendants of the ancient ten tribes of Israel who migrated into Europe long after the ancient ten-tribed kingdom of Israel fell can be found in my books that are available at the home page of this website. The 4-book set on Israelite history is available in print format, and the book, The “Lost” Ten Tribes of Israel…Found!, is available as a downloadable E-book for $12.99. These books will give you a missing dimension on world history that is not taught in the history books of modern schools or colleges.