RUSSIA AND THE USA “PLAYING WITH FIRE” IN UKRAINE 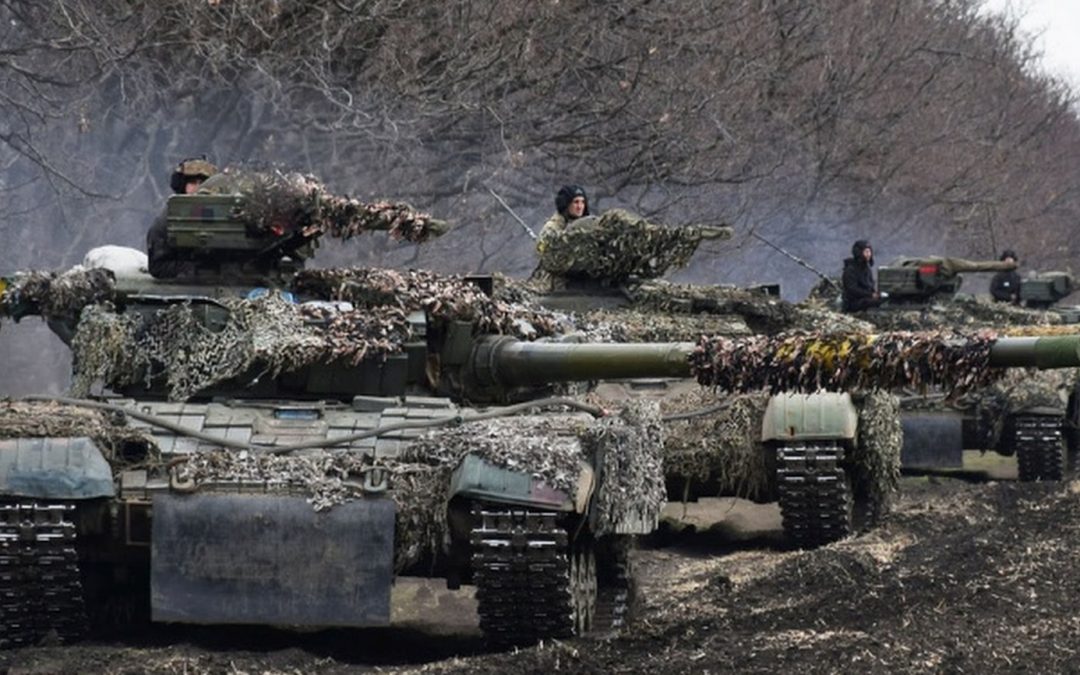 As all readers know, there is a very tense confrontation at the Russian-Ukrainian border, and the possibility of a Russian invasion exists. I will not attempt to duplicate what readers already know about this crisis in this post. Rather, I would like to point out aspects of this crisis that are not being much discussed in the media, but which have immense importance for world geopolitics going forward.

The first link reports that the USA and Germany issued a joint statement warning Russia to not invade Ukraine. Germany is hampered in being aggressive toward Russian militarism because Germany, under Angela Merkel, chose to make Germany dependent on Russian energy supplies via the Nordstream II pipeline. I think few visualized how quickly it would become apparent that that was a bad idea. Russia has demanded NATO pull back military forces from being deployed in NATO’s eastern region. That is a non-starter from NATO’s point of view. Indeed, the USA has redeployed F-16 fighters from Germany to Poland to highlight that fact (second link). Furthermore, media reports (at least in the USA) do not report much on two very large dangers to Russia if it invades Ukraine. The first danger is obvious. If Russia proves itself to be a nation which invades its neighbors to begin a process of re-establishing the old Soviet Union, the dangers posed by Russia will be impossible for NATO nations to ignore. An inevitable consequence of any Russian invasion of Ukraine is that it will alarm leaders of all NATO nations and all of them will devote far more money to enlarging the size and lethality of their military forces. Maybe even Germany will finally begin to pull its weight in rearming its forces within the NATO alliance. Does Russia really want to motivate the NATO nations into perhaps doubling the size of their military forces and deploying them in a large presence throughout eastern Europe to deter or defeat a Russian invasion of NATO nations? Russia needs to consider that fact as Russia will almost surely stimulate a rapid expansion of NATO’s military power if it invades Ukraine. Russia would not welcome such a development, but that is what it will get if it invades Ukraine.

On the other hand, the USA is threatening severe sanctions vs. Russia if it invades Ukraine. One such sanction could be excluding Russia from SWIFT, a global clearing-house to process all kinds of international financial transactions. That would quickly hurt Russia, but that could cause blow-back vs the West. There have been periodic rumors that Russia and China will establish a joint international financial-clearing house entity to compete with SWIFT. If the USA and the West ban Russia from the SWIFT network, Russia and China might quickly establish their own rival financial entity and if China declares all financial and commercial transactions with China must be cleared via the new Russian-Chinese rival to SWIFT, it will immediately weaken the role of SWIFT in global finance. This action could backfire badly on the West.

Russia has another problem. The simmering revolt in Kazakhstan along Russia southern border threatens to spread into Russia itself. That is why Russia has sent troops to help quell it. The threat posed by the violent unrest in Kazakhstan poses an unwanted risk to Russia if it invades Ukraine at this time (ninth link).

In a separate but related geopolitical development, the Abraham Accords begun by President Trump drawing Israel together with Sunni Arab nations has continued even though Trump is not in office. Indeed, this process has taken on more of the appearance of a military alliance in the making. The tenth link examines the possibility that Israel and the Sunni nations may be forming a kind of “Mideast NATO.” If Russia shows itself to be a threat to all nations by invading Ukraine, it could hasten the formation of a western-oriented Mideast NATO where Israel and Sunni Arab nations become closely and openly allied with each other and the West. This would be a terrible development for Iran, which is generally allied with Russia and China. The dangers of blow back to Russia extend well beyond Europe’s borders.

It would be better for all concerned if a diplomatic way is found for everyone to back off from the confrontation focused on Ukraine. However, we cannot predict the future so we will have to watch it unfold.

There is one other consideration. Russia, like China, has military forces which look good on paper, but they are mostly untested in actual combat conditions. Russia has not fought any NATO forces and China hasn’t fought any military force in decades. Their troops look good on a parade ground, but neither nation knows how its troops and hardware will perform against a determined, high-tech opponent. Both Russia and China may actually desire a regional war so they can field-test their new weapons systems vs. Western hardware. If NATO agrees not to admit Ukraine into NATO, it must reserve the right to sell military hardware to Ukraine so it can defend itself. Also, NATO might insist that the Russian enclave of Kaliningrad in Europe be disarmed so no offensive weaponry can be stationed there by the Russians.

We are living in the biblically-prophesied time called “the latter days,” which will conclude this current age of mankind. My article, Are We Living in the Latter Days?, offers abundant evidence that such a conclusion is correct. My article/research report, What Ezekiel 38-39 Reveal about a Future World War III, offers an extensive examination of many biblical “latter day”‘ prophecies to present a coherent model of how they fit together to give us important information about what will surely happen in the future. I strongly urge you to examine that item if you have not done so. We may be on the cusp of major biblical prophetic fulfillment, but hardly anyone on earth will realize it when they happen because they don’t know anything about biblical prophesies which the Creator inspired millennia ago about our time. There is no reason that you should not inform yourself on what is contained in these biblical prophecies.