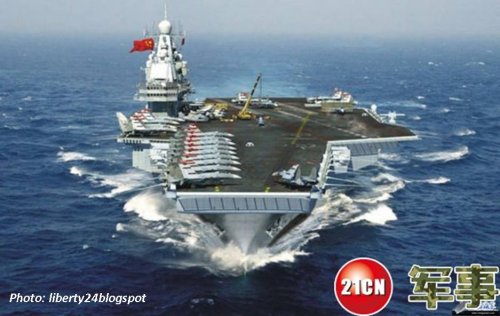 The first link reports that Russia has built two new military bases in Syria and has already begun to deploy warplanes, attack helicopters, tanks and troops into Syria. It is doubtful that Russia would go to the expense of building two new military bases in Syria unless they were going to be used to handle a coming “surge” of Russian military forces into Syria. The second link reports that Russian marines, allied with Hezbollah and Syrian government forces, have already gone into combat action against ISIS forces. This is an important development as it indicates that the Russian forces moving into Syria are coming into the Mideast not just for “saber-rattling” purposes, but to go to war.

The second link also notes that President Obama’s anti-ISIS “czar,” General John Allen, has announced his resignation from that role, citing “White House micromanagement of the war [Do I sense the Iranian-born White House adviser, Valerie Jarrett, being the unnamed one doing this “micromanagement?] and its failure to provide adequate resources.” Gen. Allen apparently couldn’t take it any longer. I don’t blame him. I don’t how any top military officers could stand serving under the clueless military “leadership” of Barrack Obama and his coterie of equally clueless advisers. I knew months ago when Obama administration officials stated it would take “years” to defeat ISIS that they weren’t the least bit serious about defeating ISIS. If the US and its allies were serious about defeating ISIS, they could commit “adequate resources” and get the job done in a matter of weeks. If the USA had just once sent a mass flight of B-52 and B-1 bombers to drop devastating bomb loads on all known ISIS troop and armor concentrations at the same time, ISIS might have disintegrated within days. The “shock and awe” would have been immense. The fact that Obama didn’t do this is clear evidence that he has no intention of defeating ISIS, and that he’d rather keep it around as a “straw man” to oppose in the future to pursue other agendas. Speaking of adequate military resources, remember the US aircraft carrier that was providing air support missions to help the Kurds fight against ISIS? Obama ordered that carrier to leave the Persian Gulf (third link). It can’t help the Kurds or anyone else in the region anymore. The article cites lack of funding to the US military for the inability of the US Navy to meet its commitment to keep an aircraft carrier in the Persian Gulf at all times. Once again, Field Marshal Obama and his crew have screwed up the US military with incompetence and a lack of command oversight. Personally, Obama’s handling of the US military is so woeful that I personally think any cadet or midshipman at the US service academies could do a better job than Obama at leading the US military.

The fourth link offers excellent satellite/aerial reconnaissance photos of the Russian warplanes and military forces now being placed into Syria. Expect more Russian forces to follow what is already there.

China has also joined the Russians in preparing to surge military forces into Syria to save the Assad regime and very likely to help annihilate ISIS. China has sent its primary capital ship, its aircraft carrier, to a Syrian port accompanied by one of its new surface combatants. The fifth link reports that the Chinese forces moving into Syria are preparing “for a prolonged stay.” This means it may be the Russian-Chinese plan to never remove their forces from the Mideast. The Chinese warplanes and helicopters assigned to the Chinese carrier did not accompany the carrier, but are expected to fly in soon across friendly Iranian and Iraqi airspace. The link adds the Russians and Chinese are planning to isolate USA from the Mideast. They hardly need to do so. Obama has already so messed up US credibility that he has already relegated the USA to near-irrelevance in the region. Russia and China are stepping into the void created by Obama’s military impotence and indecisiveness. I’d urge the globe’s military analysts to watch carefully one important aspect of China’s deployment of naval warplanes and helicopters to Syria. If they operate from the flight deck of the Chinese carrier, then it will demonstrate the level of ability of China’s naval pilots to conduct carrier operations. If their naval warplanes land at and deploy on missions from Syrian land airfields instead of from their carrier, it will be a signal that China has no confidence yet in the ability of their naval pilots to conduct carrier flight operations.

As an example of how serious the Mideast nations are watching this deteriorating situation, Egypt’s President Al-Sisi has warned the world about the military threats now growing in the region (sixth link). Very significantly, he has called for other Sunni nations in the region to join the peace pact Egypt already has with Israel. This confirms that the Sunni nations are recognizing that their best security option at present, in the withdrawal of the USA from the region, is to ally themselves with Israel. Some kind of Palestinian-Israeli peace deal would go a long way to make this new alliance come into the open. I have written many posts over the years indicating that this new alliance was forming behind the scenes-hastened by a common threat from Iran and the current unreliability of the USA as an ally. The Mideast nations all saw Obama’s and the USA’s capitulation to Iran in the nuclear deal. They know they have a pressing need for new allies and alliances to counter common threats.

The seventh link reports that ISIS is stronger than many realize. Russia and China apparently share that assessment. As some of the links note, the Chinese do not want ISIS or any other radical Islamic group to incite Islamic terrorism within China by stirring up the Islamic Uighurs in Western China. Russia shares the same fears of Islamic terrorism in Russian territories in Chechnya or in the Islamic Central Asian nations that were once in the USSR. ISIS now boasts followers in radical Islamic terrorist groups from North Africa to Pakistan. ISIS and its supporters are spreading like a cancer throughout the Islamic world. Russia, China and Iran may have decided it is time to cut out the cancer once and for all. If Russia and China go to war against ISIS, allied to Syria, Iraq and Hezbollah, I believe its goal will be all-out victory. It won’t be a half-hearted war like Obama fought against ISIS.

Russia and China have another good reason to launch an all-out war vs. ISIS in the Mideast. Their military forces are virtually devoid of combat experience and they badly need to field-test their new weaponry in actual combat conditions. A war across at least two nations in the Mideast would give them the regional war they have needed to accomplish both purposes. If they go to war and route ISIS, Russia, China and Iran will justly lay claim to being “the big dogs” on the world scene, doing what the US failed to do. The embarrassment and insult to Obama and the USA would be very acute. Russia and China would succeed in making Obama’s credibility all but zero on the world scene. Many will actually benefit and cheer if Russia and China and their Mideast allies annihilate ISIS. The eighth link reports that ISIS is using Christian churches as locations to torture and do forced conversions of Christians in the Mideast. Obama never took any actions to indicate that he cared much about rescuing Christians in the Mideast from ISIS. Wouldn’t it be ironic if Vladimir Putin turns out to be their deliverer?

Biblically, this is very important. If a Russian-Chinese-Iranian-Iraqi-Syrian-Hezbollah offensive to destroy ISIS is launched and succeeds, it will cement the dominance of the Gog-Magog alliance (prophesied in Ezekiel 38 to develop in the latter days of our age), not just in the Mideast, but in the entire world. It will show they “mean business” and that the Obama-led USA has become nothing but a “paper tiger.” Obama would be remembered as not just the worst president in the history of the USA, but as one of the most incompetent leaders of any nation in the history of the earth’s geopolitics.