Reports of a Global Collapse in World Trade 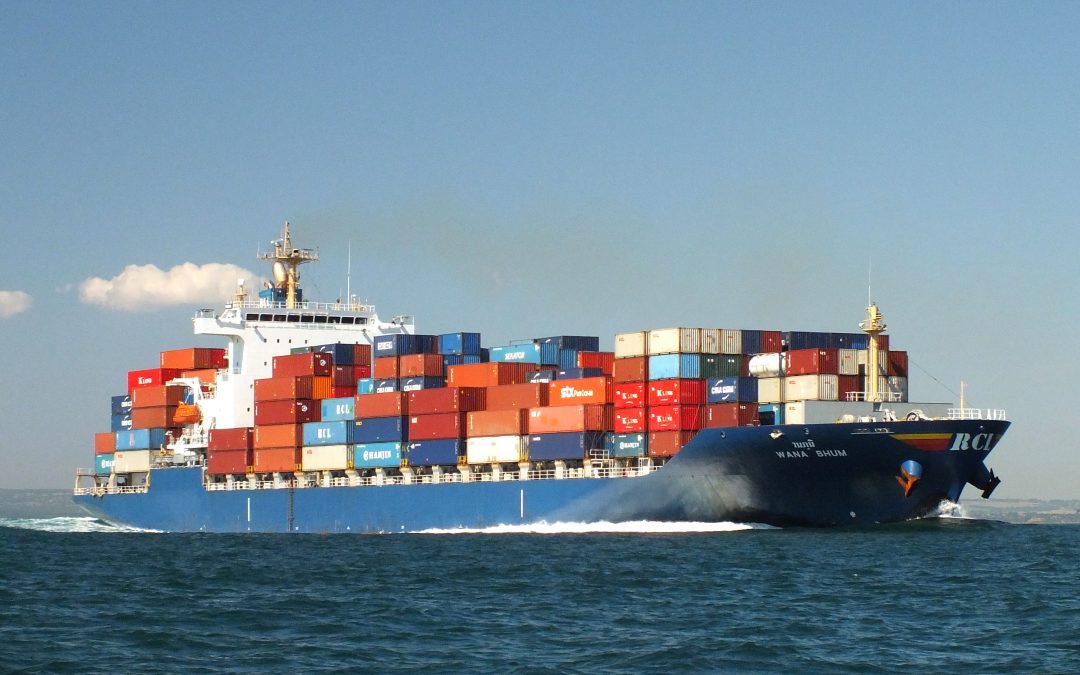 A very ominous development has come to my attention. First, some introductory comments are appropriate. All over the world, global equity markets have plunged at the beginning of 2016. I’ve seen in print that this is the worst start to a year in history for global equity markets. There has to be an ominous reason for this plunge. Did the problem result simply from a drop in the rate of growth in the Chinese economy or are there are other factors at work?

I draw your attention to the first three links [1, 2, 3], which all offer differing perspectives on the same issue: that global trade in merchant ships has all but come to a halt. Have global economies all so plummeted at the same time that there is no demand for products anywhere? That hardly seems possible. The first link includes a chart regarding the Baltic Dry Index, a little-known metric that follows the volume of cargo traffic carrying products on merchants’ ships. The chart indicates that the volume of global trade has reached a record low point. The other charts and graphics report that merchant ships all over the world are now staying in port and not transporting cargoes. This scarcely seems possible. However, if true, a massive crisis may be at hand. World commerce is grinding to a halt if these charts and reports are true.

If global trade has been “frozen in place,” something major is in the offing. I see two possible explanations. One is the obvious explanation that global demand has dropped so much that shipping companies have no orders to fill. The other explanation is even more serious, in my judgment. Much of the cargo shipped in global commerce or even within nations is shipped on credit. When money systems are secure, producers are confident that buyers will be able to pay for their shipments and are willing to ship cargoes on credit. However, if there is a behind-the-scenes collapse in the faith of producers in the stability of the world’s currencies and money-clearing systems within the global banking system, producers could lose their faith that they will be paid and may lose their willingness to ship their goods. It may be that producers are fearful that a long-rumored “global currency re-set” is about to be implemented which will alter the value of many global currencies. The IMF’s inclusion of the Chinese Yuan in the IMF’s “basket” of global reserve currencies may be a harbinger of such a re-set drawing near. If this is about to happen, producers may be waiting to see how currencies are rearranged in new relative values before being willing to ship their products as they don’t know if they will receive fair payments for their products. If global merchant shipments are drawing to a halt as the three links report, this is a situation which cannot long exist before a global depression would occur.

It is also possible that we are drawing near to the fulfillment of Revelation 17-18 which prophesies that a collapse in the latter-day global financial/monetary systems will occur, and that global commerce will come to a halt. It also prophesies that there will be some kind of a “re-set” which implements a new global system of monetary and currency arrangement in what the Bible calls a new “beast” system. One of the links reports that the Chinese have come to believe the US Dollar is becoming essentially worthless and must fall in value. This could be one aspect of a global “re-set” of all world currencies, and it may include a new role for gold and silver in backing national currencies (another development which has long been predicted on a variety of Internet financial websites). I do not predict specific events on specific dates, but endeavor to point out to readers developments which indicate that fulfillments of biblical prophesies are drawing near.

The USA Today has released a report that confirms that a “bear market” is now present in the US equity markets (fourth link). It reports that a formal “bear market” is present when stocks lose 20% of the value from their previous highs. It reports that all sectors of the broader US stock valuations have quickly dropped further than the 20% benchmark figure. It reports that “Large cap” stocks are down 21.3%, Mid cap stocks are down 25.3%, Small cap stocks are down 29.2% and the Overall stock markets are down 25.5%. That clearly qualifies as a bear market in progress. This plunge in the broader equity markets can be masked temporarily by having the US Federal Reserve Board, large banks and investment firms orchestrate a buying campaign in just a few of the large stocks which are heavily-weighted in the major market indices so these widely-reported indices do not reveal the extent of the real carnage occurring in the broader stock markets.

Oil markets are plummeting to unheard of levels, the US stock markets have entered bear market territory according to the USA Today article, global equity markets are plunging and the first three links report that global trade has reached a standstill. This all argues something major is at hand. I do not claim to know how this will unfold, but these developments are serious enough to raise the possibility that the prophecy of Revelation 17-18 is about to be fulfilled. I urge readers, if they have not done so, to examine the information in my article, Is Babylon the Great about to Fall…Ushering in a new Beast System? This was written in the aftermath of the near-global 2008 financial collapse, and its points are as applicable today. Indeed, they may have never been more applicable than today.

My thanks to a reader who brought this matter to my attention. Again, I cannot vouch for the accuracy of all information in the links, but I wanted to bring them to the attention of the readers of this blog so they have this information to consider.