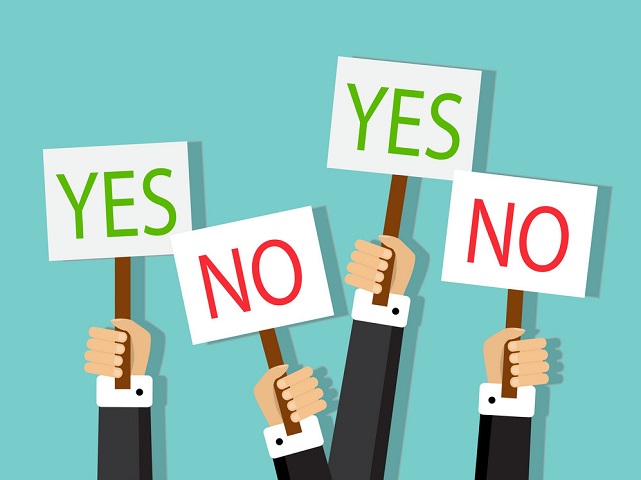 Something very remarkable has been revealed about the true opinions of the American people. The Rasmussen Polling Organization is known as one of the nation’s most accurate pollsters. They conducted a poll recently asking respondents if they would like to see President Joe Biden impeached. In a stunning result, a majority of Americans DO want to see Biden impeached and removed from office (first link). The poll shows this result wasn’t even close. Of the respondents, 52% want Biden impeached and 42% disagree (a ten point margin). Keep in mind that this is not a poll about whether people disapprove of Biden’s performance in office. This is a poll showing that the majority of people want Biden impeached and removed from office right now! Republicans overwhelmingly favor impeachment, a majority of Independents do as well and even approximately 30% of Democrats agree (when I originally accessed the first link, the entire article was readable but only the first few paragraphs were available the next time I read it. If it fully opens for you, print it while it is on your screen if you wish to retain it). Notice that the poll is a result of polling “Likely voters.” This category of respondents is usually more accurate that polls which only poll “registered voters” or “all adults.”

Significantly, the mass media have largely covered up this poll and are refusing to tell Americans about this poll’s result. It is likely that few media outlets are reporting this poll because its findings are so contrary to the wishes of the Leftist media. Some media outlets that have reported this result are the Washington Examiner, The World Tribune and The Jewish Voice (the second link, third link and fourth link). That the mass media is overwhelmingly suppressing this story speaks volumes. They must be terrified at this outcome just a couple months before a congressional election. Whether people believe Biden is not cognitively capable of fulfilling his office or whether people regard Biden as a threat to the nation’s freedoms and security is not reported. Respondents may have one of these two opinions or perhaps others as well for favoring Biden’s impeachment.

I’m old enough to recall when President Richard Nixon was driven to resign under the imminent threat of impeachment. Nixon’s impeachment efforts were greatly encouraged by a liberal media which wanted to drive him from office. Today, the liberal media will do all it can to slant the news to keep Biden in office. If Nixon had had a friendly press when he was in office, no impeachment threat would ever have materialized about a botched break-in at a Democratic office which Nixon did not arrange or order.

Personally, I think many want Biden impeached because of his brazen and unconstitutional overreaching of executive power. If he can’t get what he wants through lawful congressional action, he issues an Executive Order to try and get what he wants–making his opponents go to federal court to stop his overreaching. Such actions as unilaterally cancelling a massive amount of student loan debt fit that type of action. That is a matter Congress should decide. Biden was acting like a king, not a president. Also, Biden’s calling for tens of thousands of armed IRS agents (why do accountants need to be armed?), abandoning the southern US border to drug lords, human traffickers and letting sleeper cell agents from our enemies to all cross the border could also move some to favor Biden’s impeachment. I think tens of millions of voters are horrified at Biden having his Justice Department/FBI persecute former President Trump on all kinds of dubious grounds and even raiding Trump’s private Mar-a-Lago estate as if Biden was the paranoid dictator of a third-world nation. I doubt Biden and his handlers realize their endless persecutions of Trump keep Trump in the news and make a martyr of him in the public eye.

I think few Americans realize that the US Constitution does not authorize any president to issue any Executive Order on any subject. The Constitution is very clear on the separation of powers within the federal government. The Congress must pass laws, the president and the executive branch must implement them and the Judicial branch resolves disputes between states and disputes regarding constitutional matters. In recent decades, presidents of both parties have increasingly issued executive orders on a plethora of subjects. I think the framers of our Constitution would be horrified at  the modern practice of US presidents “making laws” by arbitrary executive orders implementing presidential wishes and whims. Surprisingly, no federal case has yet come to the US Supreme Court challenging the Constitutional right of presidents to usurp legislative powers via executive orders. Perhaps such a case will be brought before the Supreme Court in the near future as it is long overdue for the Court to issue limits regarding such non-Constitutional executive actions.

That a majority of voters want Biden impeached will not make it happen as the Congress is currently controlled by Democrats. If the Republicans take control of the House of Representatives, the impeachment of Biden becomes entirely possible–especially if Republicans know the nation wants that action to be taken. However, it is highly unlikely that the Senate would vote to impeach Biden as a super majority is needed and there seems little chance that the Republicans will gain a super majority in the US Senate. The Rasmussen poll result also shows how deeply polarized the US public currently is. That a majority of Americans actually want Biden thrown out of office must terrify Democrats running for office this year. Many voters may take out their anger at Biden by voting against Democrats at all ballot levels this November. This is surely one reason why the pro-Democrat media is suppressing this poll result as they don’t want to reinforce this viewpoint or give the story “legs.”

In a related political story, I want to inform readers about another very significant political development. The US Census Bureau has admitted that they overcounted people in Blue states in the 2020 census and under counted the population of Red states (fifth link). The US Census count is supposed to be strictly non-partisan, but this revelation indicates the Leftists are doing all they can to “rig” elections in favor of Democratic candidates for president and the US Congress. That Democrat-dominated states were the only ones over counted and that the Republican-dominated states were the only ones under counted confirms that this was a biased act by the federal bureaucrats in the Census Bureau. Let’s call it what it is: election cheating. This rigging of the census in favor of Democrats means that Democratic states now have too many electoral votes in presidential elections and Republican states have too few. If you think this was an accident or a coincidence, I’d like to sell you some ocean-side land in Nebraska. That the US Census Bureau so brazenly rigged its count to favor Democrats in US elections also gives much more credibility to President Trump’s claims the 2020 election was also rigged to favor the Democrats. The Census Bureau’s action rigs elections throughout this decade in favor of Democrats as the Census’ findings affect all elections until a new census is done in 2030. Obviously, the error should be corrected as soon as possible, but it is not clear if there is any recourse.

We have entered a dangerous time in US history. What happens in the USA will affect the entire world. This kind of open corruption in government and the manipulation of the news by Leftist media outlets is apparently not having the intended result. As Americans find out about the true level of corruption in the nation’s politics, more and more are becoming outraged…leading to the current situation where a majority of Americans want President Biden and his administration thrown out of office. This political reality is incendiary, and it may lead to actions and outcomes that we Americans have never considered possible in our nation.

Biblical prophecy does warn us that in the very end-time of our age before the prophesied return of Jesus Christ occurs, the insiders who run global governments and institutions (called “Babylon the Great” in prophetic writings) will be forcibly overthrown and removed from office and replaced by a new system called “the beast.” In order to overthrow such an entrenched global system, it would take an alliance of very powerful nations, leaders and possibly mega-businesses. Revelation 17:6-12 foretell that this fall of the global insiders will be orchestrated by a cryptic alliance called “the seven heads and ten horns.” We do not know who will be in this cryptic alliance, but the Creator God has already decreed that the rebels will win and the insiders will lose. The insiders of Babylon the Great’s system will not go quietly or willingly. Revelation 17:15-18 include language which argues warfare will be involved in this overthrow. Revelation 18 describes what appears to be a monetary crisis where no one can buy or sell because there is no longer any reliable medium of exchange (i.e. “money”) for a time (Revelation 18:10-16). Chapter 18’s language indicates a great port city at the heart of global financial/monetary institutions and exchanges will be burnt with a fire so great that merchant ships must stand off at sea to protect themselves form the conflagration (see verses 8-9, 15-19). Revelation 18:8 and 18 infer that the entire city will be consumed in fire. This could be caused by the detonation of nuclear weapons which will be placed in that city by agents of the “seven heads and ten horns.” Smoke alone would not cause ships to stay far away from the burning city, but radioactive smoke would certainly do so.

We may be approaching the fulfillment of this prophecy in Revelation 17-18. If you have not done so, I urge you to read my articles: Are We Living in the Biblical Latter Days? and Is “Babylon the Great” about to Fall…Ushering in a New “Beast” System? It examines this subject in a comprehensive manner.