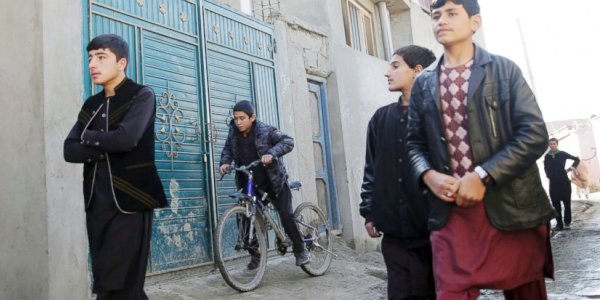 In mid-January I posted that the nations of Pakistan and Afghanistan were turning anti-Western and anti-American, and that this outcome was prophesied in the biblical prophecy of Ezekiel 38. These nations have the name of “Kush” (or “Cush”) stamped on them, and descendants of Cush are prophesied to be part of the Gog-Magog alliance in the latter days. That name is present across northern Afghanistan and Pakistan in the “Hindu Cush” mountains. I refer you to that post for a full discussion of that conclusion.

I just read an article which strongly reinforces the conclusion of my earlier post (first link). I read it in the Minneapolis Star-Tribune under the title, “Security Falls apart across Afghanistan,” but it is the same article as the first link. It makes it starkly evident that after approximately 16 years of heavy US military involvement inside that nation, Afghanistan is, if anything, worse off than when President Bush first sent US troops there. It is clear that any US policy of “nation building” is a dismal failure which is diverting precious US military budget dollars away from the pressing need of building new US military hardware into the endless “swamp” of Afghanistan.

The first link cites the “corruption-weakened government” and that “Corruption has poisoned Afghanistan’s security forces.” It cites one analyst as noting that the situation reflects “the utter failure of the intelligence services…the utter failure of the security services…the utter failure of every institution.” Are you catching a central theme about what pervades all Afghan governmental functions? It is pervasive corruption. What is fomenting it? The endless hundreds of billions of dollars that the USA has “thrown at the problems” inside Afghanistan. This endless pool of US money can be diverted into bribes and payments made to the to the tribal governments, the Taliban, ISIS, the drug traffickers, etc. The US is throwing an endless amount of “good money after bad.”

The answer to all four questions is “no.” The USA faces an endless rat-hole in maintaining an army in Afghanistan. When we went into Afghanistan, there were a few Al Qaeda training bases in the far north that needed destruction. That action was necessary. However, trying to militarily occupy the entire nation was not necessary. Today, we now have an estimated 5,000 man ISIS army in northern Afghanistan (first link), and the Taliban is present all over the nation and controls large swaths of it. The USA should have destroyed every Al Qaeda base and operation in Afghanistan when we went there in 2001-2002, and then left as we “declared victory” on the way out. All the hundreds of billions of dollars we spent on an endless Quixotic goal in Afghanistan could have been spent on rearming and re-equipping the US military with modern equipment in large numbers. It has long been known that the US Afghan deployment is not working. The second link offers a menu of options about articles going back years showing this to be the case.

The Creator God declared in Isaiah 41:21-26 and 44:9-11 that he will always fulfill his prophecies and he further challenges people to see his ability to do so over the millennia as a proof of his reality and sovereignty. Ezekiel 38-39 is a “latter-day” prophecy (Ezekiel 38:8 and 16), and that means its content will apply to our modern world. Those readers who would like solid evidence that we are living in the biblical latter days are encouraged to read my article: Are We Living in the Biblical Latter Days? Those who would like to see what that latter day prophecy reveals about what will come to pass in the years ahead of us are encouraged to read my article: What Ezekiel 38-39 Reveal about a Future World War III.