QUEEN ELIZABETH’S PASSING MARKS THE END OF AN ERA 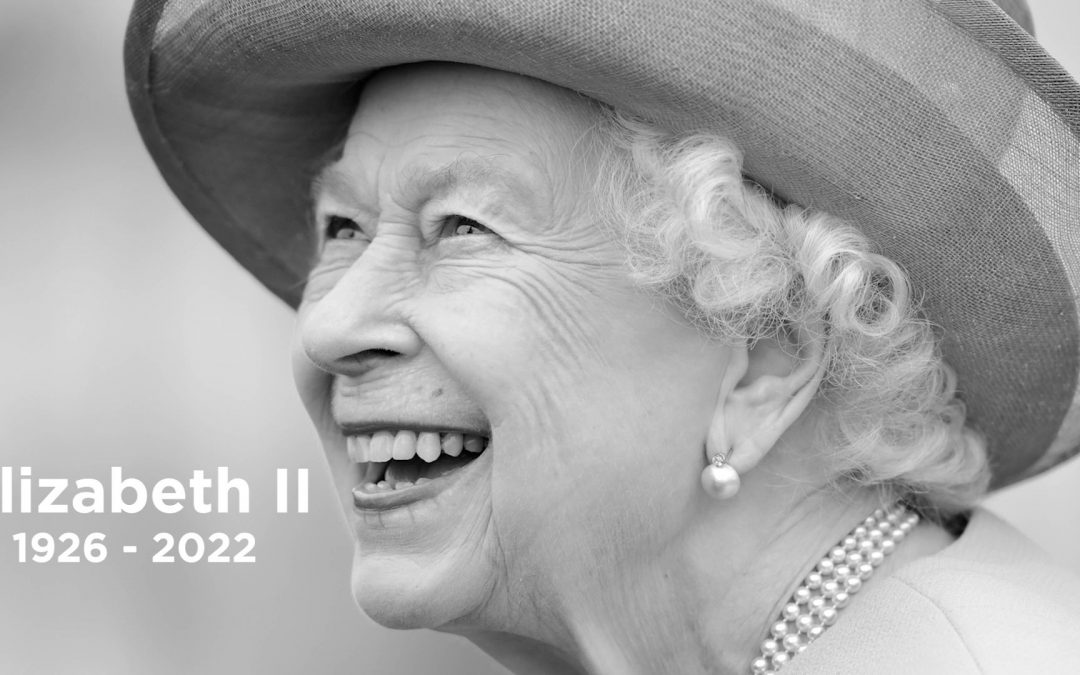 With the passing of Queen Elizabeth II, I believe we are witnessing a major shift in the affairs of nations upon this earth. Her passing deserves comment. Queen Elizabeth II reigned with a regal kind of gravitas that symbolized the old days of the British Empire as well as which preserved the solemnity of the Crown during the dismantling of the European empires that followed World War II. Queen Elizabeth II may have been the only remaining monarch, president or prime minister who personally was raised in and shaped by World War II. She acted like truly regal monarch, and her passing was marked by the stunning pageantry for which the British are famous. Decades ago, I recall seeing the “Changing of the Guard” at Buckingham Palace and many recall the famous wedding of Prince Charles to the Lady Diana, who as Princess Diana, became one of the most famous and liked celebrities of her time. While Queen Elizabeth II was seen as a symbol of Great Britain’s past glories and was largely perceived as a ceremonial head-of-state, it is my belief that she wielded considerably more influence behind the scenes than is generally admitted. The first link discusses some of the global factors that mark the passing of Queen Elizabeth II and the rise of King Charles III to the throne.

I especially find significance in the fact that she reigned for 70 years. This very long reign witnessed tremendous changes in the world, and the number “70” has strong biblical significance. The second link and third link detail some of the significance of the number 70 in biblical narratives and prophecies. That the number “70” has a major role in biblical numerology should cause believers to look for prophetic significance in the 70 year-long reign of Queen Elizabeth II. The change from a strong traditionalist like Queen Elizabeth II to a more globalist/Leftist King Charles III heralds major shifts in the future direction not only of the United Kingdom but the overall world as well.

Let’s look at some shifts which are already quickly taking shape. The fourth link touches on Prince Charles’ personal “Green” and “globalist” agendas. However, it also notes that as Charles becomes King instead of the Prince of Wales, his ability to take Leftist, globalist positions is constrained by British constitutional and traditional limits. Typically, the British monarch is the “defender of the faith” in behalf of the Church of England, but Charles’ past history indicates he is more a defender of all faiths, not just the Christian faith. This subtle but important shift in Charles’ perception of his religious role argues he comes to the throne as an advocate for non-Christian religions as well as the Christian faith. I’ve seen speculation on internet sources that this may be a harbinger that Charles will have a role in the fulfillment of latter-day prophecies about the anointing of a political leader and a religious leader in the global “beast” system prophesied in Revelation 13, 17-18 to come into existence at the very end of our age. I claim no revelation regarding the role of King Charles III in prophetic fulfillments, but it’s a possibility worth watching closely.

It is especially worth watching because the British royalty is descended from King David of ancient Israel. I document this fact in my books, Israel’s Tribes Today and The Lost Ten Tribes of Israel…Found! King David was promised by God that his descendants would constitute a royal dynastic family with the Divine right to rule over the nations of the ten tribes of Israel throughout history (Jeremiah 33:17). Notice that King David’s descendants were promised the right to rule over not the descendants of the tribe of Judah, but rather the descendants of the northern ten tribes of Israel–which left the Promised Land millennia ago and migrated to other locations on earth. My books and articles on the migrations of the ten tribes make it unmistakably clear that they first settled in such locations as Parthia, Scythia and Carthage, founding new empires in those locations before later migrating to primarily Europe, Scandinavia and North America. The British nation was primarily founded by the Israelite tribe of Ephraim, which also hosted the kings of the northern ten tribes of Israel in their ancient kingdom called “Israel.” It is generally not appreciated that the Israelites reigned over by various kings in the ancient biblical kingdom of Israel were non-Jewish and their kings were non-Jewish. The royalty of the kingdom of Judah (the Jews) were Jewish descendants of King David. My books explain how the royal houses of Parthia and Scythia were transplanted from South Central Asia to the large tribes migrating into Europe after the fall of the Parthian, Scythian and Roman Empires. For the full history of this descent, I invite you to obtain copies of my books and/or read about the individual tribes of Israel in the “Articles” tab of my website’s home page. I will mention that when I was in London’s Westminster Abbey in 1978, the gift shop had brochures which directly traced the descent of Queen Elizabeth II from ancient King David so this descent has been officially known in the ruling circles of the United Kingdom. I doubt that brochure is stocked in that gift shop any longer, given the habits of the politically-correct crowd to censor truths they do not like.

I do expect that King Charles III will push policies favoring a “Green” future as much as he can. Other major changes in the aftermath of Queen Elizabeth II’s passing are already apparent. The fifth link details major changes which can be expected from the new Tory government headed by incoming Prime Minister Liz Truss–who met Queen Elizabeth II just two days before the Queen died. The sixth link details something which may prove to have a major impact on global alliances and events. The funeral of the Queen was a truly global event and most nations were invited to send representatives to the funeral events. There was one major omission. In spite of the fact that Russia’s Vladimir Putin sent a warm, conciliatory note of condolence to the United Kingdom on the Queen’s passing, Russia was disinvited from sending anyone to the funeral (even China and North Korea received invitations). If Russia had been allowed to send a high representative to the funeral, it might have helped facilitate an acceptable end to the Ukraine-Russia war. However, Russia is smarting from its clearly-intentional exclusion and this will harden Russia’s attitude toward the West, as the sixth link relates. Russia is clearly turning away from any hope of reconciling with the West going forward and will focus on building an anti-Western Asiatic alliance. This action will further cement the on-going formation of the “Gog-Magog” alliance prophesied in Ezekiel 38-39.

Given the major shifts which are already emerging in the aftermath of Queen Elizabeth’s passing, we can expect even more upheavals in the months and years to come. I expect these upheavals to be political/military as well as financial/economic in nature. It may well be that the passing of Queen Elizabeth II after a 70 year reign will prove to be the end of one relatively stable era in global politics and a transition to the destabilized and dangerous prophetic time called “the latter days” in biblical prophecy. You can see abundant evidence that we are living in this prophesied time in my article, Are We Living in the Biblical Latter Days? If you do read this article, you will see the answer to its question is a  clear “yes.”