PSALM 83 IS NOT A PROPHECY 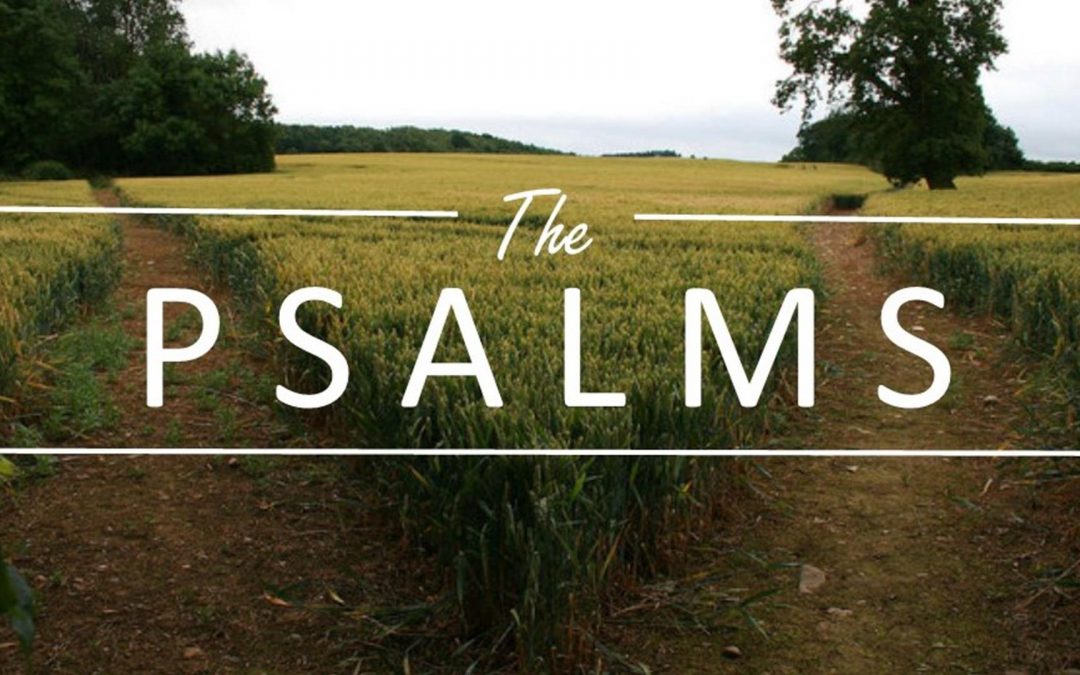 Over the decades that I have interacted with people either in emails, phone calls or during the 20 years I spoke to live audiences (1987-2007), several questions or topics would regularly come up in the discussions. One which has regularly come to my attention is the belief that Psalm 83 is a prophecy to be fulfilled in the latter days. Indeed, it is increasingly coming up in conversations with me as the years go by. I want to state that my position on this matter has never wavered or changed. I firmly believe that it is evident that Psalm 83 is not only not a prophecy for our time, but also that it is no prophecy at all. Let’s evaluate this chapter with some critical analysis.

To begin with, whenever God inspired any prophecy for the latter days we live in, he clearly stated the time context for the prophecy. The phrase “latter days” appears in such prophecies as Genesis 49:1, Numbers 24:14, Jeremiah 30:24 and 49:39, Daniel 2:28, Hosea 3:5, etc. The phrase “the time of the end” is used in Daniel 12:4. The “day of the Lord’s anger” in used in Zephaniah 2:2-3, and the phrase “day of the Lord” is also used (Isaiah 13:9, Joel 2:1, Zechariah 14:1 and Malachi 4:1). A shortened version of that phrase that occurs in some prophecies is ‘”in that day” (Zechariah 12:3,4, 6, 8, 9 and 11, Zechariah 14:6-9, 13).  Another version of this prophetic phrase is found in Revelation 1:10 where it reads “on the Lord’s Day” [Some think this refers to Sunday because it has come to be known as “the Lord’s day” in various Christian denominations. That is impossible as that practice did not develop until long after the Apostle John died and he, like all members of the early Apostolic church, understood “the Lord’s Day” to be the Sabbath Day – the seventh day of each week.] Revelation 1:3 states the entire book of Revelation is called “this prophecy.” God leaves us in no doubt when he intends for us to understand whether a particular piece of scripture is intended to be fulfilled in the latter days of our current age.

Now I ask readers to read the short chapter of Psalm 83. Can you find any of these prophetic phrases identifying it as a latter day prophecy? The answer is no. Nothing in Psalm 83 identifies it as a latter day prophecy. Indeed, there is nothing in the chapter that identifies it to be a prophecy at all. David wrote many of his Psalms about his life experiences: crying out to God for help or healing, judgment and defeat for his enemies, praising God for his deliverances and greatness, etc. Psalm 83 fits this genre of themes. Psalm 83 fits perfectly with I Chronicles 18-19 where David’s army was in a major war with a large alliance that included Mesopotamians, Aramaeans, Ammonites and others. The dominant power of Mesopotamia at that time was Assyria (or Asshur). All these nations are named in Psalm 83 as being in a war against David to wipe out the Israelites. It is logical they would attack David’s army as it had already reached the Euphrates River (I Chronicles 18:3) so Assyria and its allies and vassals saw David and his army as a threat. David’s army won Round 1 of this battle when his commanders Joab and Abishai led the Israelites army to victory. David then mobilized all Israel and personally led the Israelites to victory in Round 2. In Round 2, some Mesopotamians had fled the scene but the Syrians (Aramaeans) called on their allies east of the Euphrates River (in other words “in Mesopotamia”) to help them fight Israel. This is a time when David would logically call on his God for victory in this major warfare. Psalm 83 is that prayer. The entire context of Psalm 83 is David calling on God to grant him victory vs. an alliance of nations that included Asshur/Assyria. Notice in Psalm 83:8 that Asshur and its vassal nations came to “help the children of Lot.” Ammon and Moab were the children of Lot. In I Chronicles 19:1-6 relates an episode where the Ammonites (the children of Lot) offended David so the Ammonites reached out to get help from the Mesopotamians (which would have included Assyria and its many vassals in and near Mesopotamia). Psalm 83 lists the vassals of the Assyrians in this battle. Psalm 83 fits perfectly with I Chronicles 18-19.

Notice another fact. When David authored this Psalm he was speaking in the present tense in Psalm 83:3-5 (“they have taken…”They have said…,” “they have consulted together”). David was therefore addressing something that was then happening in his personal lifetime, not something in the latter days. In verses 9-16, David asks God for a great victory over his enemies in the coming battle, but there is no reference to any time frame further than that into the future. David’s army did win that battle, and it reshaped the Mideastern world for some time. Secular histories reveal much about what happened after that battle and it is entirely consistent with biblical narratives, and I discuss those secular historical accounts in my books, The Origin and Empire of Ancient Israel and my E-book, The “Lost” Ten Tribes of Israel…Found!

Let’s look at Psalm 83 from one additional perspective. Some assert that it might have an unstated latter day application because some true latter-day prophecies mention the number “ten” (as in Daniel 2’s mention of ten toes and the “seven heads and ten horns” of Revelation 17). However, a critical analysis of that possibility shows it isn’t an option. Two of the the entities mentioned in Psalm 83 no longer exist at all. Tyre and Gebal are mentioned. Tyre was a small city-state located on an island off what we call Lebanon, but it had a huge maritime presence. It was destroyed by Alexander the Great’s army and when he subdued it, 8,000 citizens of Tyre were killed and another 2,000 executed later. The remaining 30,000 were sold into slavery and disappeared from history as a distinct people (Encyclopaedia Britannica, 1943 Edition. Volume 22, p. 653). An aerial photo of Tyre is in the first link, and it shows the isthmus that Alexander built to reach the city’s defenses. Gebar is an ancient name for the Phoenician city-state of Byblos which was occupied by Alexander the Great and later it was occupied by the Romans, the Crusaders, the Arabs and others. Its modern ruins are shown in the second link.

Also in Psalm 83, the terms Edom and Amalek represent a redundancy. Amalek was one of many Edomite tribes (Genesis 36:12), and “Edom” is the overall name for all Edomite tribes. The Amalekites were/are destined by God for extinction (Numbers 24:20). The “Hagarenes” are named in Psalm 83:6 and they were obscure at best in ancient times and no record of them exists in any recent millennium. Psalm 83 is the only time in the Bible they are mentioned, but this small group is likely also referred to as the “Hagrarites” in I Chronicles 5 as a small tribe Israel once fought. They were never mentioned again in the Bible. They never had any significant role in the ancient world, and there is no evidence they exist at all in the modern world. If we agree that the name of Ammon is preserved in the modern Jordanian capital of Amman (which I think is the case), then Jordan is likely the modern Ammonite nation and it is a small one. The Ammonites are also mentioned twice in Psalm 83 as “Ammon” and “the children of Lot.” The Philistines were an ancient enemy of the Israelites and they comprised five city-states along the Mediterranean seacoast. They were later conquered by Alexander the Great and/or other empires and they disappeared from history. I have seen no evidence that can demonstrate that the modern people known as “Palestinians” are their descendants. The Holy Land has been occupied or conquered by too many nations and empires to name, but a partial list includes the Assyrians, Babylonians, Persians, Scythians, Arabs, the Crusaders, the Ottomans, the British Empire (after World War II), etc. The Palestinians are the descendants of all those varied bloodlines that occupied or conquered the Holy Land. Asshur is clearly identified as the Assyrians, who later grew great again before their empire was permanently ended by the Babylonians and the Scythians.

The Assyrians have no major role assigned to them in any latter day prophecy. Indeed, the only reference to them at all in a latter-day context is in Numbers 24:14, 22-24. Verse 24 prophesies Asshur and Eber will be attacked by a common enemy indicating that the Asshurites in the latter days will be allied to the descendants of Eber. Eber was an ancestor of Abraham so all of Abraham’s many national descendants in the latter days are Eber’s primary descendants. It is my view the ancient warlike Assyrians migrated into Europe along with many other Semitic peoples when the Parthian Empire fell and ultimately became the warlike Prussians. Prussia ceased to exist after World War II and Prussian refugees scattered westward throughout the ruined regions of Germany to seek escape from the Russian armies that occupied the former Prussian lands. My article about Gad points out that Germany fits the latter-day prediction in Genesis 49 for Gad in the latter days very well. Also, Gad was prophesied to grow into a large population (Deuteronomy 33:20); Assyria had no such promise from God.

As you can see, there is no way to find in the listing of nations and city states in Psalm 83 any latter-day alliance that would be a threat to much of anyone. A number of those ancient groups have gone extinct so Psalm 83 does not list any real group of ten entities of any kind in modern times.

The next time someone mentions that Psalm 83 is a latter-day prophecy, please print this post out and share it with them. There is nothing n Psalm 83 that indicates it is a latter-day prophecy, but that belief keeps coming back every so often. I will close by saying this: anyone who is looking for Psalm 83 to be “fulfilled” in the latter days will not be able to see clearly what is happening in real-world latter day fulfillments.