POLLS, POLITICS, AND CAN YOUR PRAYERS MAKE A DIFFERENCE? 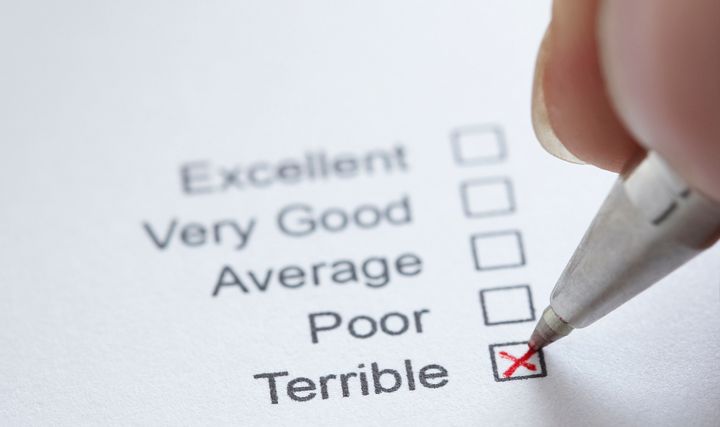 Perhaps readers who follow world events like I do also follow the polling data for pending elections in America and other nations in the western world. It is only logical to have such an interest as the future course of nations will be determined by who gets elected in those future elections. Nations could go in radically different directions depending on what candidate or party is elected into power. I closely follow elections and polls as a forward-looking indicator as to how the nations will fulfill their biblically-prophesied roles for latter-day fulfillments. I suspect many readers of this blog do so as well. However, the poll projections in many elections have lately been more wrong than right. They have often predicted the wrong result in important national elections. Why are the polls so wrong? I believe this post will offer some credible answers to that question, and I also will comment on why your prayers can make a difference in national and international events.

Let’s briefly recall how many important recent national elections have resulted in the prominent establishment pollsters being wrong. The most famous recent examples were the presidential election in the USA in 2016 and the British Brexit referendum. The establishment pollsters in the USA were stunned when Donald Trump easily won the US election in the Electoral College. The pollsters and pundits were so confident of a victory by Hillary Clinton that a Trump victory was regarded as impossible. Hillary Clinton was so stunned that she refused to even appear publicly and speak to her supporters that night. I think that was a “first” in American presidential election-night politics in the TV era. The Washington Post had infamously declared that a Clinton victory was certain because there was no pathway to victory for Trump in the Electoral College. How could the polls all be so wrong? The same thing happened in the British Brexit referendum. The pollsters all predicted a comfortable win for the Remain side, but the result showed a comfortable margin of victory for the Leave side–shocking the pro-EU establishment and causing a prolonged political battle in the House of Commons to undo the Brexit vote via Teresa May’s “deal” which would have essentially reversed the intent of the Brexit referendum. The British nation will vote in a new national election in December to break the deadlock in Parliament, and polls are showing the Boris Johnson-led Tories with a huge lead at present.

Other striking polling failures have occurred. An Israeli election a few years ago had the pollsters predicting a Netanyahu loss but he won anyway. Earlier this year, the Australian pollsters were unanimous that the leftist party candidate would win the election rather easily. Not one poll had ever shown the conservative candidate, Scott Morrison, in the lead, so he was given no chance of winning. Morrison won anyway, leaving the pollsters again deeply embarrassed about how they could all be so wrong. Post-election analysis of the Australian election (first link and second link) includes a mathematical examination which indicates the polls were likely coordinated to indicate the same projected outcome (second link). To put it more bluntly, the second link states: “The polls have been manipulated….The mathematics do not lie.” I think the same thing happened in the American 2016 presidential and British Brexit votes. The major American pollsters are all sponsored by leftist media conglomerates (CNN, MSNBC, ABC, CBS, NBC, New York Times, Washington Post, etc.). Their poll predictions were so similar it was as if they were also being “manipulated” to shape public opinion rather than sample it.

The third link and fourth link highlight a huge problem faced by modern pollsters. The non-response or refusal rate among people called by pollsters has risen to about 94%, meaning only 6% of people called were willing to both answer a phone and reveal their voting intentions to a pollster. The is a huge drop-off from previous election cycles. For example, in 1997, about 37% of people contacted were willing to respond to pollsters’ questions. Obviously, if 94% of the electorate (in America) is unwilling to talk to pollsters, the pollsters are in danger of missing the majority sentiment among the voters. Other problems exist in polling. Sampling decisions can badly skew poll results. Polls of “all adults” are scarcely worth the paper they are printed on as those polls can include people who are not registered to vote, foreigners visiting the nation, felons not eligible to vote, teens lying about their age, etc. Polls of registered voters are better, but still not very good. The best polls are of “likely voters,” those identified as being highly likely to actually vote. However, even then a pollster trying to get a desired result instead of an objective sample can ask a question in a leading manner. This is called a “push” poll, where people’s responses are “pushed” toward a desired answer. Polls are also adjusted by pollsters’ assumptions about the voting public. They identify raw data but then include the answers of Democrats, Republicans and Independents in proportions that the pollster assumes will actually vote on election day. It is easy to skew a poll’s result by over-weighting the group in the poll which has views that the pollster wants to show winning.

The leftist establishment polls typically show Trump losing to the Democratic presidential candidates (often by wide margins), and they also show the public increasingly favoring the impeachment proceedings vs. Trump. However, an independent poll by the Zogby group shows Trump leading all the major Democratic presidential candidates except for a tie with Senator Elizabeth Warren (fifth link). This poll also shows Trump with a huge lead among labor union members, an historic Democratic constituency, and close to a tie among Hispanic voters in a race with Joe Biden. These conclusions are logical given that so many union members’ jobs have been saved by Trump’s policies and so many Hispanics have found jobs due to Trump’s policies. However, the leftist establishment polls don’t capture these factors in their polls. Also, the sixth link shows a GOP poll indicating the public opposes the Democrats’ impeachment proceedings by a wide margin–the opposite of what the establishment polls indicate.

On the impeachment matter, I think the Democrats who read the actual raw data of the leftist polls know that, as things stand now, they can’t beat Trump in an election. That is why they are so desperate to impeach him as that is the only way they can stop him and impose a leftist/socialist agenda on the USA. The US Constitution states a president can only be impeached for treason, bribery or “high crimes and misdemeanors.” How can the Democrats attempt an impeachment effort vs Trump when he hasn’t been found guilty of so much as an unpaid parking ticket?? Personally, I think if the House votes to impeach Trump, the Senate ought to dismiss the charges at the very beginning of any Senate “trial” because the House cannot show any evidence that Trump is guilty of any of the necessary offenses stated in the Constitution.

One final factor to consider. No pollster or pundit will ever factor in the most critical vote of all. The Creator God can and does intervene in elections to make sure his will is implemented in national and global politics, and he can also intervene as a result of the prayers of his people. Proverbs 21:1 states: “The king’s heart is in the hand of the Lord, as the rivers of water, he turns it whithersoever he will.” In other words, God will intervene to select the leaders of nations if he chooses to do so. In ancient times, all God had to do was direct the heart of one individual (a king or queen) to direct or change a nation’s course. Today, due to our modern democracies, God must sway the majority of voters to vote the way he wants them to do so to implement his sovereign will. That is easy for God to do. That is another reason why pollsters are so often wrong; God’s “vote” trumps all other considerations in an election.

We are provably living in the latter days of our age–a time when many prophecies will be fulfilled. Given this fact, we can expect God to become progressively more activist in selecting national leaders so God’s prophecies are fulfilled exactly as he predicted in the Bible. For confirmation that we are living in the latter days of our age, please read my article, Are We Living in the Biblical Latter Days? I urge readers to not be fatalistic about the future of their nations or international events. The Bible has many examples where God intervened in national and international affairs due to the prayers of his people. Sometimes the prayers of just one person have altered the entire fate of nations. In Exodus 32:7-14, the intercessory prayer of one man, Moses, saved the entire population of the ten tribes of Israel. In Amos 7:1-6, we have the account of the prayers of one man, Amos, moving God to cancel two imminent national plagues on the ancient kingdom of Israel. On the other hand, James 5:16-18 mentions that one man, Elijah, caused a three and one-half year drought on ancient Israel, and that scripture also reminds us that the prayer of one person can “avail much” in moving God to do (or not do) something.

When you pray to the Creator God, your comments, suggestions and appeals can make a major difference in outcomes on earth. Always remember that and never think your prayers don’t matter. They do!